AN IRATE Donald Trump has slated Sacha Baron Cohen as an "unfunny creep" for pranking his attorney Rudy Giuliani in the latest Borat film.

The US President also slammed the British comedian as a "phony" after Borat's "teenage daughter" easily slipped past White House security.

Trump confirmed on Friday that he is definitely not a fan of Baron Cohen.

He poured scorn on the Brit - before a now viral clip from his new Borat movie forced Giuliani into an awkward explanation about why his hands were down his trousers while with Borat's 'daughter'.

Giuliani was pranked in a faked "interview" with an attractive and flirtatious young woman for new mockumentary, Borat Subsequent Moviefilm: Delivery of Prodigious Bribe to American Regime for Make Benefit Once Glorious Nation of Kazakhstan.

Asked about the clip while speaking to journalists aboard Air Force One, Trump replied: "I don't know what happened."

"But years ago, you know, he tried to scam me. And I was the only one who said no way. That's a phony guy. And I don't find him funny."

Trump said the incident happened about 15 years ago.

"To me, he was a creep," the president added.

Trump did not provide further details about that encounter.

However, in a 2003 interview, Baron Cohen, while playing the wannabe gangster Ali G, pitched a business venture to Trump: special gloves for eating ice cream.

The new Borat film sparked security fears after an actress gained entry to the White House.

Borat’s “daughter”, who is played by Maria Bakalova, managed to sneak into one of Trump’s press conferences and made it steps from the Oval Office.

“Trump very careful who he let into his events and house. No Covid test necessary – High 5!” Cohen captioned his tweet.

Borat claims in the video OAN is a far-right cable channel, saying “OAN is most rigorous news source in America.

“I know this because they take my daughter into the White House.

"No need for security checks or Covid tests. They boring!” Borat narrates over clips of OAN reporter Rion asking Trump questions at a press conference.

The clip also shows Bakalova in attendance while President Trump addresses an audience with Trump Jr and Kimberly Guilfoyle on stage.

Bakalova is wearing a different outfit and a wig than her previous appearance with Rion.

The 24-year-old actress then meets Trump Jr at a press line and shakes his hand after the president’s remarks.

Bakalova tells Trump Jr, “I’m a little bit nervous, but I’m very excited to meet you,” while the camera is filming.

Bakalova tells Trump Jr, “I’m a little bit nervous, but I’m very excited to meet you,” while the camera is filming.

Trump Jr replies to the actress, “Thank you very much. Appreciate it. Good to meet you.”

This is the second time Cohen’s Borat film has infiltrated the president’s inner-circle – as clips from the film were released this week of Rudy Giuliani and Bakalova in a hotel suite.

In the clip, Bakalova, who plays 15-year-old Tutar, poses as a television reporter and asks the 76-year-old to join her for a drink in a hotel suite, which was rigged with hidden cameras.

“Nice to meet you,” she tells the former New York City mayor, as they shake hands. “You are one of my greatest heroes of all.”

“I will try my best but because I’m super excited and nervous,” she starts, to which Giuliani replies that he’ll ask her the questions instead if she were to get nervous.

“I feel like I’m living in a fairy tale,” Tutar tells Giuliani, who then holds the reporter’s hands and tells her: “You’re gonna do great, OK?”

At this point in the film, Borat rushed into the hotel and tells security, who asks for his ID, that he “must defend my daughter’s vagine from America’s mayor” – referring to Giuliani.

In the hotel room, Tutar asks about national security and what Giuliani thinks “we can do forward forward to prevent [coronavirus] from happening again.”

“Well China manufactured the virus and let it go, and they deliberately spread it all around the world,” Giuliani said. I don’t think anybody was eating bats.”

The two laugh as she says she doesn’t think she’d ever eat a bat, but Tutar then says: “If you eat a bat with me…”

“OK, yeah, I’ll eat a bat with you,” Giuliani says as the two laugh before Tutar reaches over and touches Giuliani’s leg, telling him he’s “so funny.”

Borat is seen running through the service entrance of the hotel trying to access his daughter in the hotel room.

Giuliani coughs a bit but says he’s “good” as the two cheers their glasses that have a light brown liquid in them.

Tutar explains she’s always been behind the camera, rather than in front of it as an interviewer.

“I think you can look pretty, you’re gonna look pretty good,” Giuliani says as he flashes a big smile.

“It’s because of you,” Tutar tells him. “I really feel like Melania right now.”

Borat then walks into the hotel room carrying a boom mic and complains that the sound is bad.

He plays around with Giuliani’s mic and asks if Tutar is “asking too many questions,” but Giuliani says Tutar is “doing great.”

Borat and Tutar walk off and when Tutar returns, she apologizes for the interruption but ends the interview and asks, “Shall we have a drink in the bedroom?”

They head to the bedroom with their glasses and Giuliani sits on the bed as Tutar works to take off his mic.

The former mayor of New York City can be seen fiddling with his untucked shirts and reaching into his trousers as Bakalova removed her microphone.

At this point, Borat runs in dressed in what appears to be pink lingerie and shouts: “She’s 15, she’s too old for you.”

A confused Giuliani asks Borat, “Why are you dressed like this?”

“She’s my daughter, please take me instead,” the actor says as Giuliani leaves the hotel room. 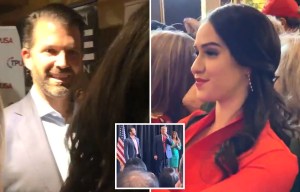 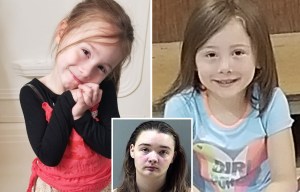 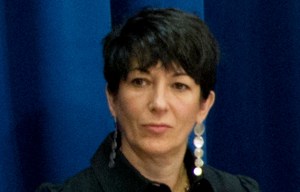 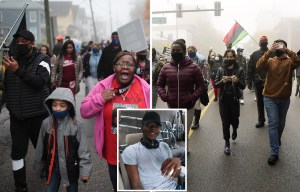 Giuliani slammed the “totally sensationalized false account of a ridiculous movie” by “the idiot Borat."

The 76-year-old attorney said the scene, filmed in July, was a “hit job” and in retaliation for his work procuring potentially scandalous documents from a laptop belonging to Hunter Biden, Joe Biden's son.

“It’s not an accident that it happens that I turn in all this evidence on their prince and darling Joe Biden who’s one of the biggest crooks in the last thirty years, and since I have the courage to say that I’m the target,” he told WABC radio.

Davis is named the best player in Canada in 2020
Iker Casillas: Zidane is great. He has earned the right to coach Real Madrid
Gattuso on Napoli: Almost lost to AZ, although they could have reached the playoffs
Mikel Arteta: Arsenal in the Premier League are not as formidable in attack as in the Europa League
Roma have 4 wins in 5 rounds of the Eurocup season for the first time
Soboslai could move to Leipzig in the winter if Salzburg fail to qualify for the Champions League play-offs. The midfielder is also of Interest to Bayern
Bale has 200 career goals. He hasn't scored in European competition for 2 years
Source https://www.thesun.co.uk/news/13012225/trump-slams-borat-sacha-baron-cohen-unfunny-creep-giuliani/