Dr Anthony Fauci, Trump administration’s top infectious disease expert, warns the US could face over 100,000 coronavirus-related deaths and millions of infections. Dr Fauci detailed his views in an interview with CNN’s State of the Union on Sunday. It comes after Trump announced on Sunday that coronavirus lockdown measures will be extended until at least April 30 after he admitted the death rate in the US could hit its peak in two weeks.

He said: “We're going to have millions of cases,”

“But I don't want to be held to that,” he explained as the pandemic is “such a moving target”.

The US became the World’s most infected country with 132,647 affected by the virus and 2,355 related deaths.

The government is considering easing the measures in states that have not been hard-hit by the virus outbreak once the 15-day lockdown period ends.

Fauci said he would only support the government’s plans to rollback the restrictions in lesser impacted states if enhance testing is in place. 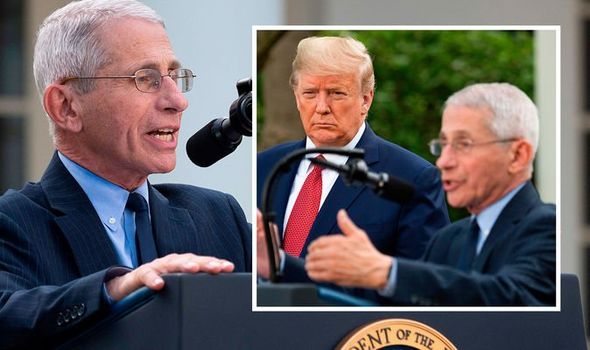 He also said he supported Trump’s decision not to impose a strict quarantine on parts of New York, New Jersey and Connecticut as he considers it would create “a bigger difficulty”. He recommended the government issues a travel advisory for the New York metro area instead.

Dr Fauci said: “After discussions with the President we made it clear and he agreed, it would be much better to do what's called a strong advisory,

“The reason for that is you don't want to get to the point that you're enforcing things that would create a bigger difficulty, morale and otherwise, when you could probably accomplish the same goal.”

The Centers for Disease Control and Prevention (CDC) advised residents of the three states to “refrain from nonessential domestic travel for 14 days effective immediately”. 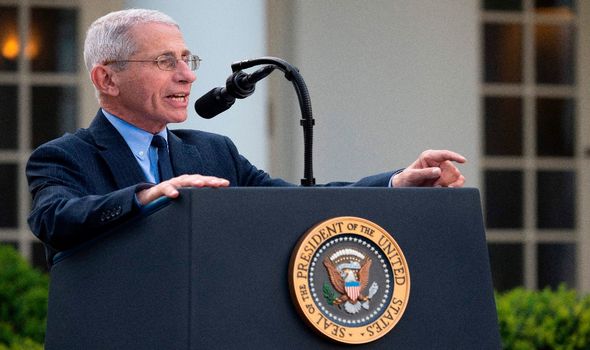 “What you don't want is people traveling from that area to other areas of the country and inadvertently and innocently infecting other individuals,” Fauci said.

“We felt the better way to do this would be an advisory as opposed to a very strict quarantine. And the President agreed, and that's why he made that determination last night.” 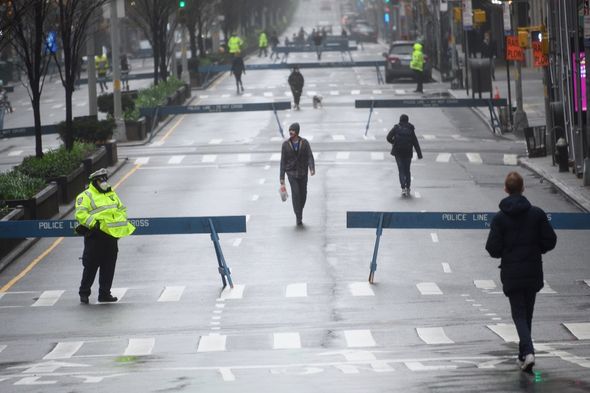 According to Fauci’s research about 56 percent of the country's new infections have spread from the New York City area.

Other cities including Detroit, Chicago, Los Angeles, New Orleans and Boston are being controlled as they could be potential hotspots.

Dr Deborah Birx, the White House's coronavirus response coordinator, warned that all areas would be affected by the outbreak.

“Every metro area should assume that they will have an outbreak equivalent to New York,” Birx said.

Dr Birx added that the government is working to get medical supplies including ventilators out to the more overwhelmed areas. 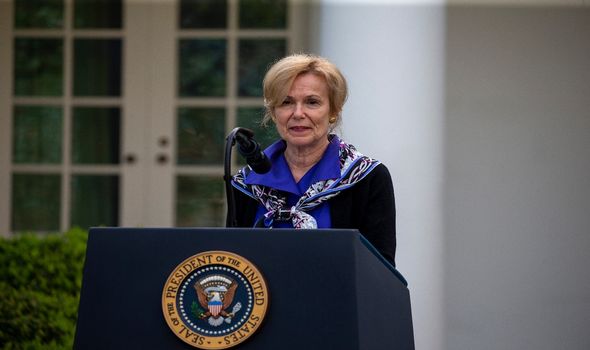 “Hospitals are so busy taking care of the people who are ill, they can't be spending time doing inventory,” Birx said. “We need to help and support that.”

Dr Birx added: “The sooner we react and the sooner the states and the metro areas react and ensure that they have put in full mitigation ... then we'll be able to move forward.”

The US Centers for Disease Control and Prevention (CDC) has conveyed similar concern for new areas.

Koke: Atletico should be declared the winner of the Champions League if the season is not finished. We beat out the champion
Hakimi will return to Real Madrid and extend his contract until 2025
Roma want to extend Smalling's loan for a year with a 14 million Euro buyout commitment
The transfer window in France will open on June 8
Flamengo extended the contract with head coach Jesus for 1 year
Bashkirov about life without a driver's license: he Loved Cycling. I will buy a highway and go on vacation to St. Petersburg, it is 1500 km
Angel Di Maria: I'm Glad I didn't move to Barca in 2017. I am happy at PSG
Source https://www.express.co.uk/news/world/1262074/donald-trump-coronavirus-news-US-death-toll-latest-dr-fauci-new-york-lockdown?utm_source=feedburner&utm_medium=feed&utm_campaign=Feed%3A+daily-express-news-showbiz+%28Express+%3A%3A+News+%2F+Showbiz+Feed%29

Stadiums to be divided into three zones for football return

Stadiums to be divided into red, amber and green zones for Premier League return

History that really matters in Tiger Bay, where nations lived as one

EastEnders spoilers: Ruby Allen and Martin Fowler get together after she splits with Max Branning

New rules on where and when you should wear face coverings

Inside Werner's undercover meeting with Lampard that sealed Chelsea transfer

Lancashire cases and deaths as North West 'R' goes above 1

Where and when you should wear face coverings, according to newlockdown rules

Fans will get 360° replays, celebration cameras and behind-the-scenes action as Premier League gears up for return

GMB's Kate Garraway 'threw up' when warned over husband's condition

Plans for £300m Blackpool attraction by moving the court

Into our recent archive: here are 25 recommended long sport reads

Caravan and camping tips for beginners including best UK spots, gear and advice

Love Island Australia series 1 - where are they now? From breakups to babies

How many times have Man Utd won the Premier League?

Celebrating unpaid heroes who care for loved ones

Can you beat the challenge set by Express.co.uk reporters in our latest News Quiz?