The US President made the shocking announcement during his daily update to the nation on Sunday. Mr Trump said: "The highest point of the death rate is likely to hit in two weeks,  "Therefore we will be extending our guidelines."

Dr Anthony Fauci, who is in Trump administration's coronavirus task force, said that up to 200,000 Americans could die after contracting the virus.

According to figures collected by Johns Hopkins University there have been 2,436 coronavirus-related deaths in the country.

Dr Fauci said that it was "entirely conceivable" that millions of Americans could eventually be infected and that between 100,000 and 200,000 could die. 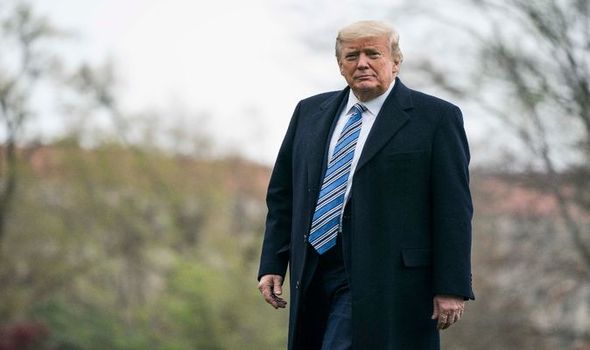 The US became the country with most recorded cases last week, overtaking China and Italy.

He added that the US "will be well on our way to recovery" by June.

Mr Trump indicated that the "peak" of coronavirus-related deaths in the US was likely to hit in two weeks.

He added that "nothing would be worse than declaring victory before victory is won - that would be the greatest loss of all".

READ MORE: US Coronavirus: Deaths every 17 minutes put New York on the brink 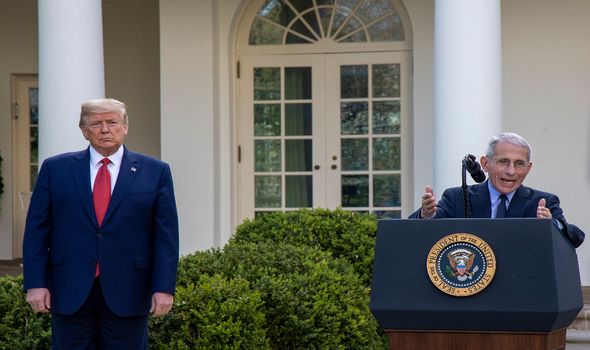 The latest update comes after Mr Trump claimed that Easter - the weekend of 12 April - would be a “beautiful time” to lift the lockdown in at least some areas of the country.

Mr Trump announced that “rapid testing” that displays results within five minutes would be available for hat doctors, nurses and other healthcare workers.

Meanwhile in New York, hydroxychloroquine, an anti-viral drug, was being administered to some 1,100 patients in New York. 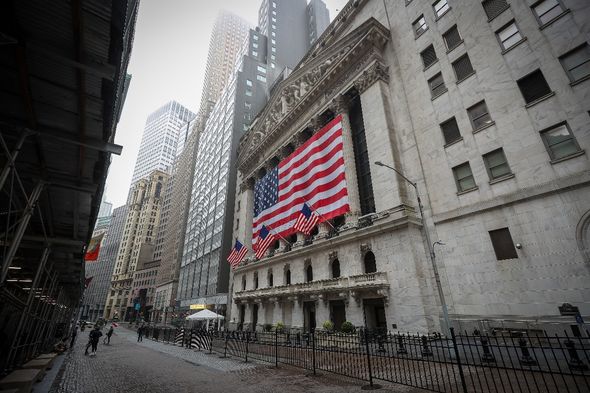 Mr Trump said of the use of the drug: ”Let's see how it works, we may have some incredible results."

The possible treatment would entail using the blood of patients who had recovered.

Earlier on Sunday Mr Trump implied that hospitals in some states were “hoarding” equipment including ventilators and face masks.

"We do have a problem with hoarding... including ventilators. Hospitals need to release them - in some cases they have too many, they have to release medical supplies and equipment," he said. 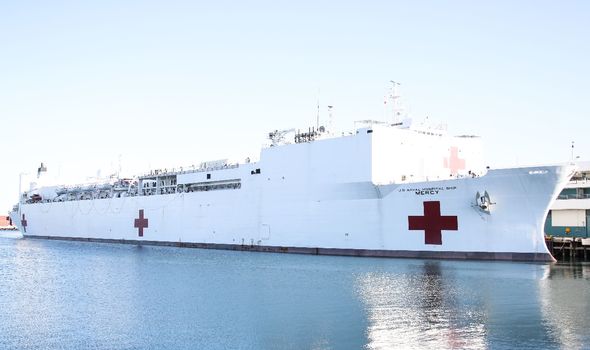 US Navy Hospital Ship USNS Mercy arrives at the Port of Los Angeles to assist with the outbreak (Image: PA)

Hospitals "can't hold [ventilators] if they think there might be a problem weeks down the road.”

A number of states have already warned they will run out of ventilators soon.

To satisfy the growing demand for such supplies, President Trump has requested a car manufacturer in Detroit to produce more.

The coronavirus attacks the lungs, causing sever respiratory problems, hence the urgent need for ventilators that would allow the patients’ to breathe.

Dybala became the MVP of Serie A-2019/20, Immobile-the best forward
Real Madrid: Casillas will always be a Real Madrid player. The best goalkeeper in the history of Spain
In Spain, complete chaos: Espanyol refuses to fly out of La Liga, Depor and all the others - from Segunda
Ferran Torres passed a medical before transferring to Manchester City and signed a contract until 2025 (Fabrizio Romano)
Emmanuel Adebayor: Mourinho is the best coach in the history of football
Casillas announced his retirement
De Gea has found a double-the coach of Scottish Ross County. In his team, 19% of the players are called Ross – even all the goalkeepers
Source https://www.express.co.uk/news/world/1262066/donald-trump-coronavirus-news-extend-self-isolation-US-lockdown-new-york?utm_source=feedburner&utm_medium=feed&utm_campaign=Feed%3A+daily-express-news-showbiz+%28Express+%3A%3A+News+%2F+Showbiz+Feed%29