As Donald Trump’s presidency reaches its final days, incoming president Joe Biden has revealed a 10-day action plan to see some of the US leader’s most contentious policies reversed.

On Wednesday, Mr Biden’s inauguration day, the president-elect has vowed to sign a string of executive orders overturning key policy shifts introduced under Mr Trump, including his ban on travel from majority-Muslim countries and his withdrawal of the US from the Paris climate agreement.

The president-elect also plans to take rapid action on the coronavirus pandemic, with plans to introduce a mask mandate for federal property and interstate travel following his swearing-in ceremony.

Meanwhile, the Senate is preparing for what Mitch McConnell has described as a “vote of conscience” as lawmakers weigh whether to convict the president for his role in inciting a deadly insurrection at the Capitol earlier this month.

The trial will take place after Mr Biden’s inauguration, with Mr McConnell asserting Congress should focus on a “safe inauguration and an orderly transfer of power" until then.

Online misinformation about election fraud plunged by 73 per cent on Twitter after President Donald Trump was suspended from the social media site, a new study has found.

According to The Washington Post, Zignal Labs found that mentions of election fraud dropped dramatically on the social media site following the president’s removal.

State capitals are preparing for the possibility of protests on Wednesday, the day of President-Elect Joe Biden’s inauguration, as law enforcement officials warn of a risk of violence.

More than a dozen states have preemptively activated National Guard troops to help safeguard their capitol buildings, according to Reuters.

Meanwhile, many have also erected fences or other barriers to secure their capitols, with Texas and Kentucky shutting down access to the public altogether.

The ramping up of security measures comes after the FBI warned of armed protests amid fears that the deadly attack on the US Capitol Building in Washington, DC, on 6 January might embolden Trump supporters and right-wing extremists.

A Texas realtor who attended the Capitol riots on 6 January has said that Trump supporters who participated in the deadly insurrection should be pardoned as they were only “following” their president.

Speaking with CBS 11, Jenna Ryan, of Carrollton, Texas, said she was “basically following my president” when she joined the riots. “I was following what we were called to do”.

Now that she is facing charges for knowingly entering or remaining in a restricted building without lawful authority and “disorderly conduct on Capitol grounds”, she has said: “I would like a pardon from the president of the United States."

“I think that we all deserve a pardon. I’m facing a prison sentence. I think that I do not deserve that,” she said.

Read more on what she had to say here: 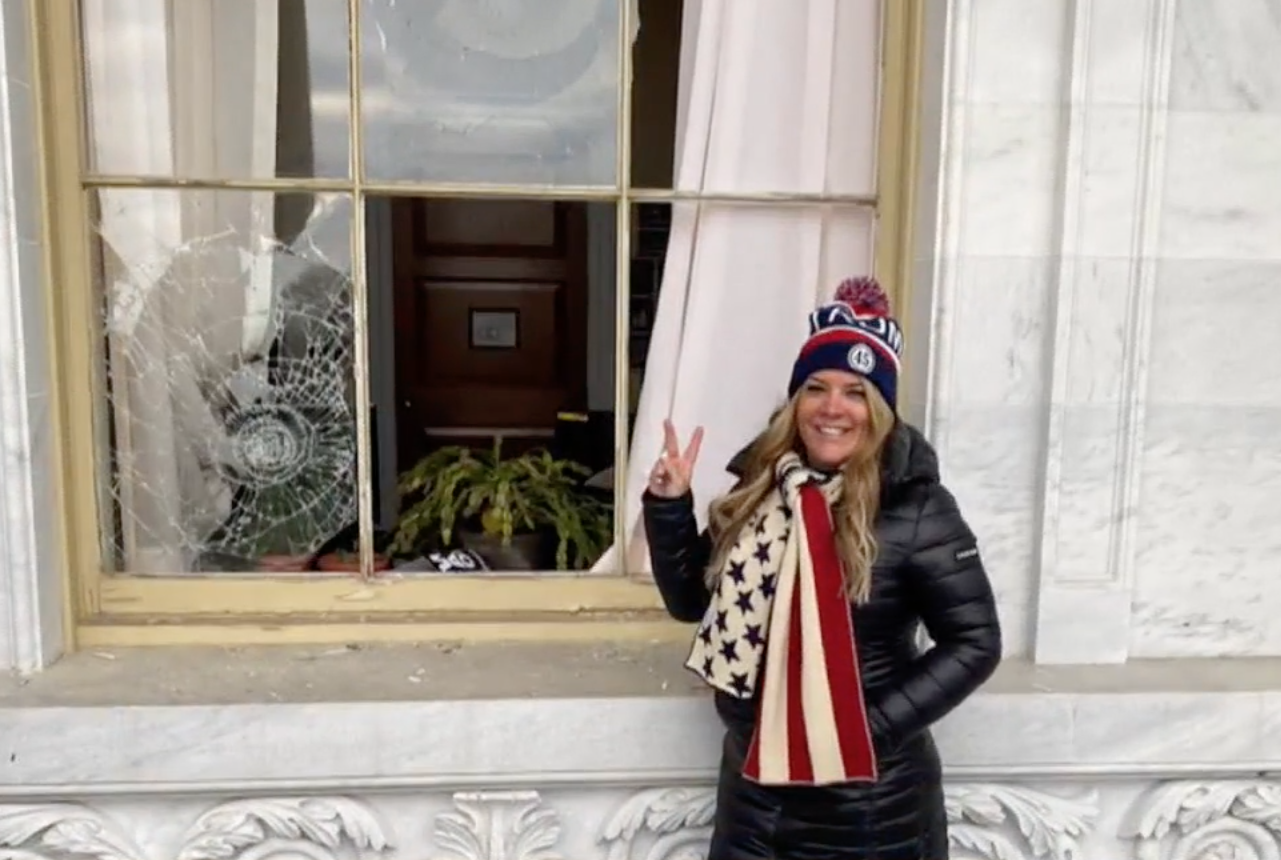 President-elect Joe Biden is planning to hit the ground running starting on his inauguration day, with a 10-day action plan aimed at reversing some of President Donald Trump’s most contentious policies.

On his first day in office, Mr Biden is prepared to sign more than a dozen executive orders to take swift action to end policy shifts introduced under Mr Trump, including his ban on travel from majority-Muslim countries and his decision to withdraw from the Paris climate agreement.

Oliver O'Connell and Alex Woodward have more on the action plan:

There is a “very serious” risk of violence at Joe Biden’s inauguration on Wednesday, former FBI director James Comey has warned.

Good morning and welcome to The Independent’s live blog following the latest in US politics.

Boyarintsev about the time in Nosta: The metallurgical plant was puffing at the top of its lungs. The sediment on the field fell out, sometimes
Fonseca about 1:2: Roma failed in the first 20 minutes and could not cope with the high pressure of Milan
Director of Akhmat about 1:2 with Dynamo: Logic is not always present in everything
National team coach Panikov on Golovin: For actions at speed with the ball-top. The more, the better the result
Manchester United have not lost 20 consecutive games away from home in the Premier League. Up to Arsenal's record of 7 games
Pioli on 2-1 with Roma: Milan could have scored more
Simeone repeated Aragones record for wins (308) with Atletico, having played 100 games less
Source https://www.independent.co.uk/news/world/americas/us-politics/trump-impeachment-news-live-biden-inauguration-latest-b1788499.html