PRESIDENT Trump gave his blessing to a deal in which Oracle Corp would take over operations of the video-sharing app TikTok.

“I have given the deal my blessing," Trump told reporters.

He added that the China-owned app “will have nothing to do with China, it'll be totally secure, that's part of the deal,” Bloomberg reporter Jennifer Jacobs tweeted.

Trump added: "TikTok is moving along.”

TikTok US will reportedly also make a $5 billion donation to an education program, Jacobs reported.

"They're going to be setting up a very large fund … That's their contribution that I've been asking for," Trump said.

Texas Governor Greg Abbott has pushed for TikTok to move its headquarters to the Lone Star State.

The technology giants were competing to become a “technology partner” with ByteDance, TikTok’s parent company, as the clock began to run out on an executive order from President Donald Trump threatening to ban the app until its American operations were sold.

The Commerce Department had said on Friday that Trump would be moving forward on a decision to ban downloads and maintenance of the China-owned app.

"At the President's direction, we have taken significant action to combat China's malicious collection of American citizens' personal data, while promoting our national values, democratic rules-based norms, and aggressive enforcement of U.S. laws and regulations,” Commerce Secretary Wilbur Ross said in a statement.

Trump’s executive orders against TikTok and another China-owned app, WeChat, go into effect on Sunday – when the apps will likely disappear from online stores like those operated by Apple and Google.

Ross said companies will be prohibited from offering internet hosting and other services to WeChat beginning Sept. 20.

The same restrictions would go into effect on November 12 for TikTok unless the app is acquired by an American software company and Trump's concerns about national security implications are alleviated.

However, people who have already downloaded the apps will still be able to use them.

Concerns have recently grown about the app, which is popular among teens, as critics claim the app poses national security risks.

"Additional steps must be taken to deal with the national emergency with respect to the information and communications technology and services supply chain," Trump wrote in his executive order on TikTok. 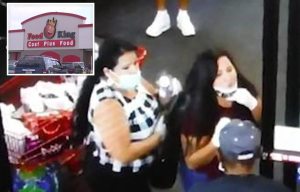 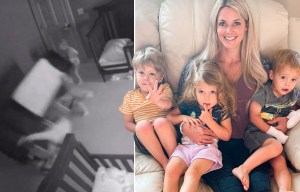 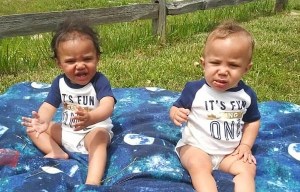 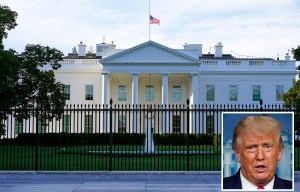 He continued: "TikTok automatically captures vast swaths of information from its users, including Internet and other network activity information such as location data and browsing and search histories."

Trump claimed that the app would allow the Chinese Communist Party to track federal employees and conduct corporate espionage.

Downloads of TikTok rose 12 percent to 247,000 in the US on Friday in anticipation of the ban, CNN reported.

WeChat reached 10,000 downloads on Friday – jumping into number 100 on a ranking of the most downloaded free iPhone apps, the outlet reported.

WeChat’s jump in downloads, up 150 percent from Thursday, is the largest daily number of downloads the app has seen since October 2019.

TikTok &amp; WeChat US downloads to be BANNED by Trump on Sunday in controversial move

Diego Maradona: Messi gave Barca everything, brought them to the top. He was not treated the way he deserved
Federico Chiesa: I hope to leave my mark in Juve. We will achieve great results
The Coach Of Benfica: I don't want us to look like the current Barcelona, it has nothing
Guardiola on returning to Barca: I'm happy at Manchester City. I hope to stay here
Fabinho will not play with West ham due to injury
Ronald Koeman: Maradona was the best in his time. Now the best Messi
PSG President acquitted of selling world Cup broadcast rights
Source https://www.thesun.co.uk/news/12717571/trump-gives-tiktok-oracle-deal-blessing-texas-hq/