The US President made the scathing remarks at the annual UN General Assembly. Mr Trump has blamed Xi Jinping and the Chinese Communist Party for the spread of coronavirus across the globe, and frequently said the country has not been transparent about the virus. He has also targeted the World Health Organisation regularly, and accused the health body of covering up China’s role in the pandemic.

Mr Trump, in a recorded video address to the international assembly, again levelled attacks at China for the coronavirus “plague”

He called for the country to be held “accountable” for the damage from the pandemic.

The President added: “In the earliest days of the virus China locked down travel domestically, while allowing flights to leave China and infect the world.

“China condemned my travel ban on their country, even as they cancelled domestic flights and locked citizens in their homes.” 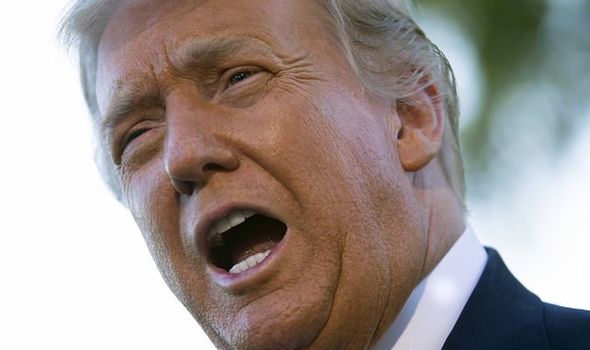 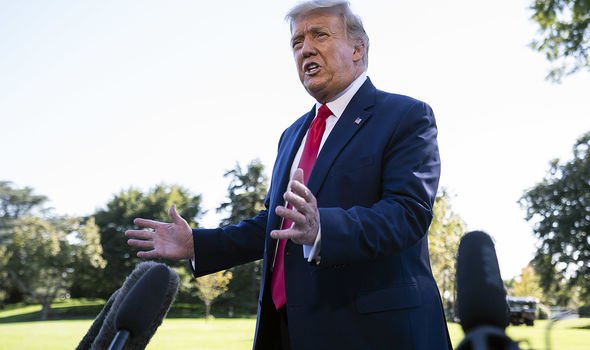 Mr Trump also repeated his attacks on the WHO, and accused it of being “virtually controlled by China”.

The race for a vaccine was also discussed, with the US President promising a “bright future”.

Trump vowed to distribute vaccines, saying: “We will defeat the virus, and we will and end the pandemic.”

Mr Trump also targeted the UN itself, and argued it should focus on “the real problems of the world” such as “terrorism, the oppression of women, forced labor, drug trafficking, human and sex trafficking, religious persecution, and the ethnic cleansing of religious minorities” in a transparent reference to China’s human rights abuses.

Meanwhile, Chinese leader Xi Jinping said nations should work together, seeing each other as members of “the same big family”.

“COVID-19 reminds us that we are living in an interconnected global village with a common stake,” he said.

“No country can gain from others’ difficulties or maintain stability by taking advantage of others’ troubles.

“We should see each other as members of the same big family, pursue win-win cooperation and rise above ideological disputes and not fall into the trap of a clash of civilizations.” 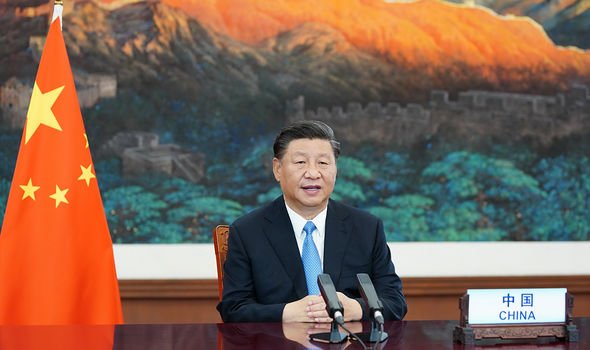 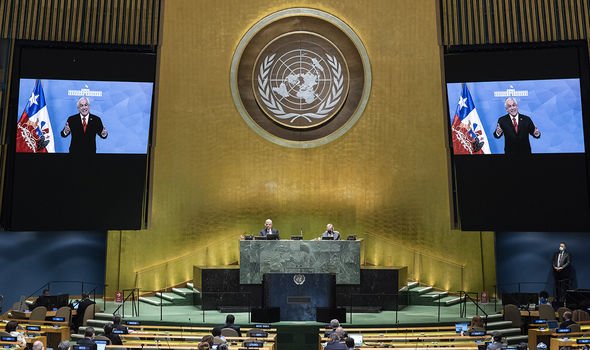 Donald Trump news: The UN general assembly was held in New York, and was the first ever virtual conference (Image: PA)

Zhang Jun, China’s UN ambassador, countered Mr Trump’s attacks and called for unity between nations in the fight against coronavirus.

The ambassador said: “The world is at a crossroads.


“At this moment, the world needs more solidarity and cooperation, but not confrontation.”


Later Mr Xi again struck a more cooperative tone, and vowed Beijing has “no intention to fight either a cold war or a hot one with any country”.


The Chinese President added: “We will continue to narrow differences and resolve disputes with others through dialogue and negotiation.


“We will not seek to develop only ourselves or engage in zero sum game. Unilateralism is dead.”

Due to the ongoing pandemic, the UN assembly only had one delegate from each country at the New York summit.


It was opened by António Guterres, UN Secretary-General, who warned “we must do everything to avoid a new Cold War” and added: “We are moving in a very dangerous direction.


"Our world cannot afford a future where the two largest economies split the globe in a great fracture - each with its own trade and financial rules and internet and artificial intelligence capacities."


Mr Guterres also warned there was no room for self-interest in the face of the coronavirus, and said: "Populism and nationalism have failed.


"Those approaches to contain the virus have often made things manifestly worse." 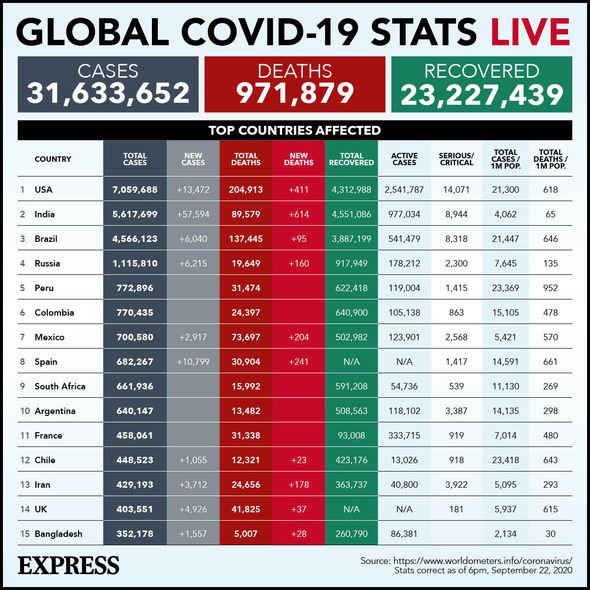 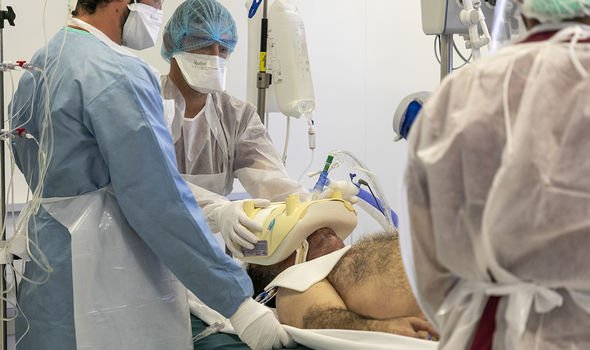 On July 7, the President moved to formally withdraw the US from the WHO because “China has total control” over it.

Pjanic-Habibu: Good luck, brother. Inshallah, we will win
Klopp on Rashford's charity: I hope mom is proud of him. I'm proud
Troy deeney: I was called a black asshole, and social media said it wasn't racist. Do companies even want to change this?
Miralem Pjanic: Sorry didn't trust the players at Juventus. It's a shame when people are judged incorrectly
Wenger on why he didn't mention Mourinho in the book: he Didn't want to talk about Jose, Klopp or Pepe because they are still working
The perfect project to lose money. An idea for dreamers. Tebas on the European Premier League
The Catalan authorities refused to postpone the referendum on a vote of no confidence in Bartomeu. It will be held on November 1-2
Source https://www.express.co.uk/news/world/1338824/Donald-Trump-news-coronavirus-us-china-who-un-plague-response?utm_source=feedburner&utm_medium=feed&utm_campaign=Feed%3A+daily-express-news-showbiz+%28Express+%3A%3A+News+%2F+Showbiz+Feed%29