Donald Trump will 'stroll back into' White House says expert

The ex-POTUS’ social media company has said it has put agreements in place to raise £1billion (£755million) ahead of a planned stock market listing on Nasdaq in America. Donald Trump, 75, claimed: “As our balance sheets expands, Trump Media & Technology Group will be in a stronger position to fight back against the tyranny of Big Tech.

The Trump Media & Technology Group, which was set up in February, is also working to create a new social media app called Truth Social early next year.

The app is said to allow conversation “without discrimination on the basis of political ideology”.

However, the Trump Media & Technology Group has partnered with Digital World Acquisition, which is a special purpose acquisition company.

Following news of the proposed merger, US Senator and Democratic primary candidate for President in 2020 Elizabeth Warren, 72, asked the Securities and Exchange Commission’s (SEC) chairman Gary Gensler, 64, to investigate the proposed merger over fears it could violate security laws around disclosure.

JUST IN: Putin prepares for imminent invasion on EU's border - UK and NATO planning for war 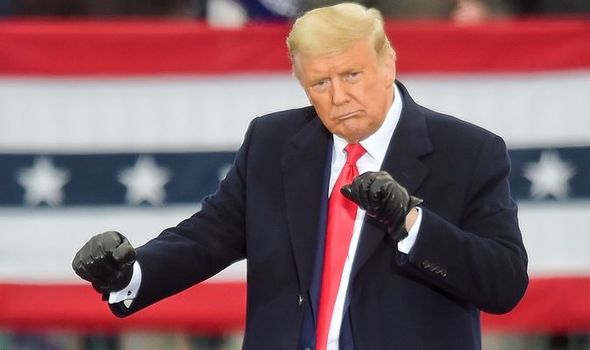 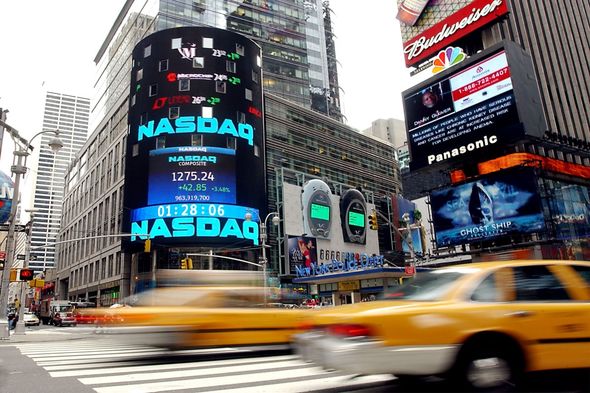 But Sky News claims the SEC has declined to confirm whether it has plans to take any action.

Following the incident, Twitter said: “After close review of recent Tweets from the @realDonaldTrump account and the context around them — specifically how they are being received and interpreted on and off Twitter — we have permanently suspended the account due to the risk of further incitement of violence.” 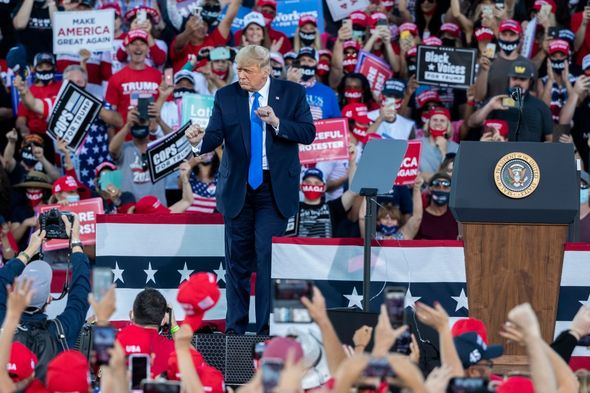 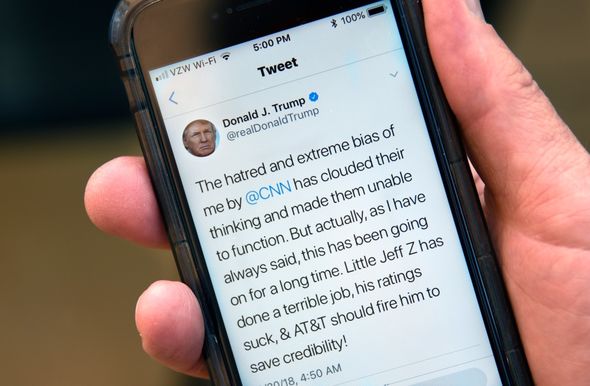 The ex-POTUS had responded to the ban by launching the ‘From the Desk of Donald J Trump’ blog.

However, this was shut down less than a month after its creation.

Mr Trump added: “We used to get tremendous interaction with liberals and everybody else and now they just say it’s a very boring place to be Twitter, it’s going down, the numbers are going way down.”

DON'T MISS:
'Putin is OBSESSED' Urgent cry for 'military muscle' [REVEALED]
Donald Trump blasts US top general as ‘a f***ing idiot’ [INSIGHT]
'How could you ask such a silly question?!’ Biden shuts down reporter [SPOTLIGHT] 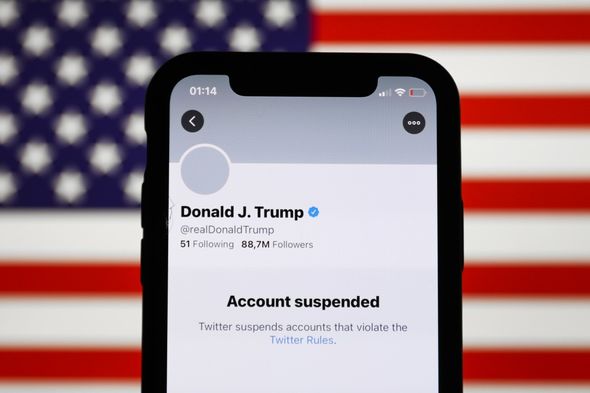 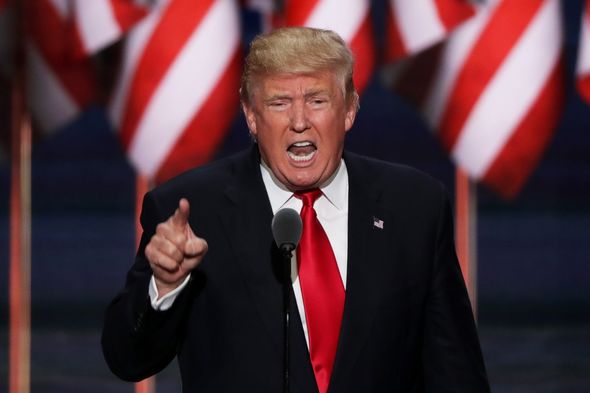 Trump said the group will "fight back against the tyranny of Big Tech." (Image: Getty)

The ex-Brexit Party leader also highlighted how Twitter’s decision to axe the ex-POTUS’ account seemed “ridiculous” when the Taliban’s leadership retained access to their account even after ex-Afghan President Ashraf Ghani, 72, fled Kabul.

There has been much speculation about whether the 45th President will enter the race to return to the White House in 2024.

Despite opinion polls suggesting Mr Trump would defeat his successor Joe Biden, 79, a victory for the 45th President would prove to be a historic electoral comeback.

If Mr Trump can win in three years time then the 75-year-old would be just the second President to serve two non-consecutive terms in the Oval Office.

The only other Commander-in-Chief to achieve this was Grover Cleveland, who served as the 22nd President from 1885 to 1889 and returned for his second term in 1893.

Parents afraid to let their kids play outside on 'mad street'

Nick Jonas and Priyanka Chopra have first child via surrogate

Psaki under fire for saying people upset at voting rights failure should ‘go to a kickboxing class, have a margarita’

Who was Brendan Santo?

I’m so nervous my husband will cheat on me with Dancing On Ice’s Rachel Stevens, jokes Ben Foden’s wife

Junior Bake Off fans all say the same thing about presenter Harry Hill – do you agree?

Any Russian invasion into Ukraine would be met with ‘swift and severe’ response, says Antony Blinken

I dress my son in second-hand clothes, use free nappies & samples of formula – babies don’t have to be expensive

Rishi Sunak knifed in back by fellow Tory: 'We're going back to Seventies!'

Crying dad's message to his kids as dog is destroyed

Review: Penny and Sparrow push past Americana in "Olly Olly"

'Instead of planning his birthday, we're preparing his funeral': Mum of murdered schoolboy's agony as killers are jailed

Cricket: Lancashire's Aigburth snub leaves a sour taste as county turns its back on 'second ground'

Who is in the Ozark season 4 cast alongside Jason Bateman on Netflix?

Haggling on broadband and TV deals 'could save £130 a year'

Toddler in Darlington rescued after getting head stuck

Nearly all Covid restrictions to be lifted in Ireland from tomorrow

Hope and apprehension in Ireland’s pubs ahead of restrictions lifting

Carlisle Dementia Centre must improve as medicines not managed properly

TV REVIEW: We find out if 'A Discovery of Witches Season 3' casts a spell over viewers

Leonardo DiCaprio puts a nine-year ‘ticking clock’ on climate crisis- is he right?

Did Nick Jonas and Priyanka Chopra have a baby?