Justin Trudeau: Vaccines are not enough to keep us safe

Infections of Covid-19 are soaring in Canada, with the country registering 8,596 new cases yesterday. The country is now recording more new cases per million people than the US.

According to data from Johns Hopkins University, Canada has hit 207.3 cases per million people, compared to 206.7 per million in America.

Pressure has also been growing on Mr Trudeau over the country's sluggish rollout of coronavirus vaccines.

Just 20 percent of Canadians have had a first injection, with the lack of domestic production of doses severely hampering the vaccine rollout.

During a grilling from opposition MPs in the Ottawa parliament, Mr Trudeau sought to deflect criticism by claiming Britain was suffering from a surge in cases. 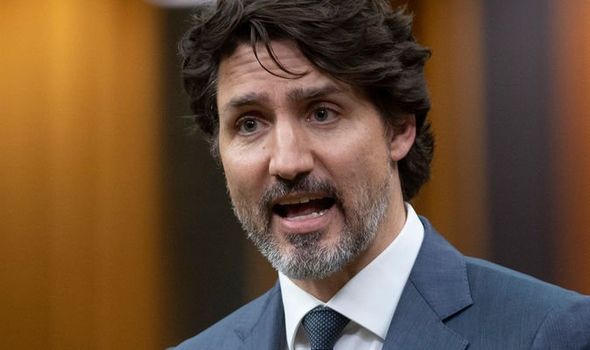 He said: "I think it's really important that we work from facts and understanding of the science around things.

"We know for example that the UK is ahead of just about everybody else on vaccination and yet they maintain very strong restrictions and are facing a very serious third wave.

"Vaccinations on their own are not enough to keep us safe.

"We need to engage in the right kinds of behaviours, do things that the conservatives aren't always good at like wearing masks, keeping distances and obeying public health rules."

Despite Mr Trudeau's remarks, the UK has seen infections plunge since the rollout of the vaccination programme, which has coincided with lockdown rules gradually easing.

The Department of Health said yesterday: "The vaccine has already had a significant impact on reducing hospitalisations and deaths, with more than 10,000 lives saved between December and March." 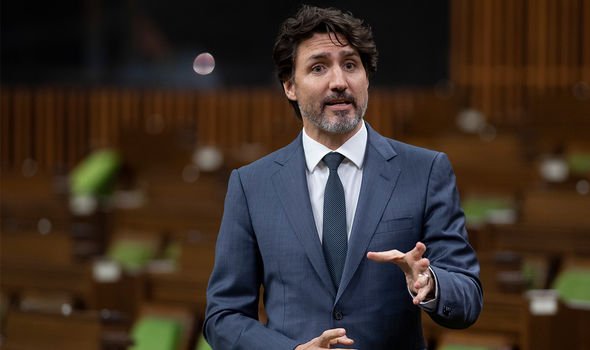 The Canadian Prime Minister is under pressure over his own response to the pandemic (Image: PA) 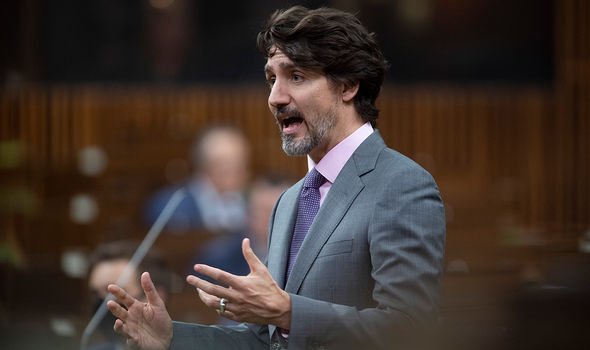 Despite Mr Trudeau's claims, coronavirus cases are plunging in the UK (Image: PA)

Asked about the remarks this afternoon, the Prime Minister's official spokesman added: "I don't have a specific response for Justin Trudeau but I think the case data speaks for itself on this.

"Case numbers are down and ditto for hospitalisations and deaths and that's a tribute to our vaccine rollout and the work of the British public and our NHS." 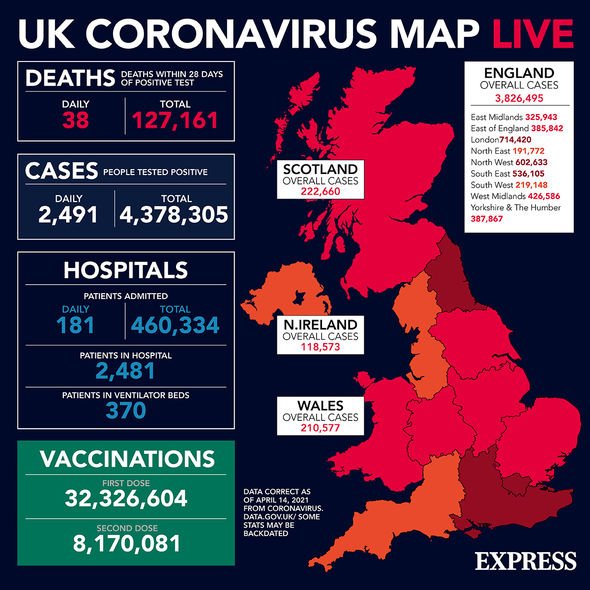 There are now 2,481 people in hospital with coronavirus, down from a high of more than 38,000 in the first month of the year.

The death rate stood at more than 1,000 a day in January.

The infection numbers are significantly lower than in other countries in Europe. 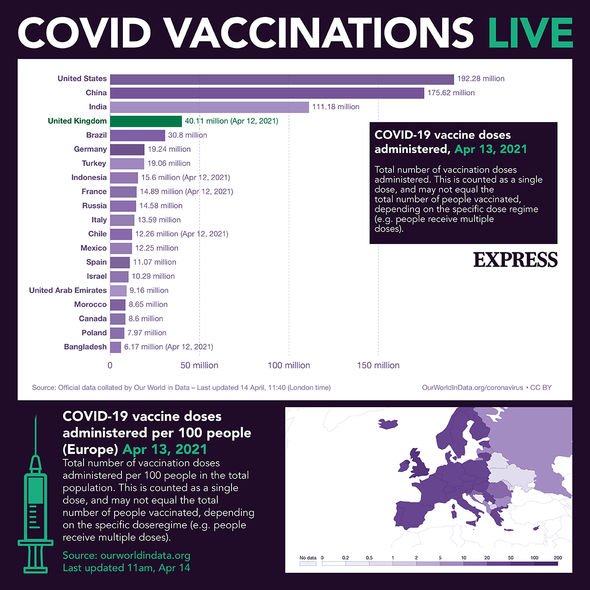 While 24.76 cases per million people have coronavirus in the UK according to the latest figures from Our World In Data, 338.35 people per million have Covid in the EU.

Mr Trudeau has faced backlash for his handling of the pandemic at home.

Jagmeet Singh, the leader of the left-wing New Democrats said in Parliament on Tuesday: "Canada is on fire.

"It’s not good enough to sit on the sidelines."