Nigel Farage got into a fiery clash with BBC host Andrew Marr back in May, later branding the interview a “disgrace”. The Brexit Party leader criticised Marr once again on Friday, claiming the BBC have since been “begging him every week on email” to re-appear. However, the Brexit Party leader did appear on the BBC's Andrew Neil Show two days ago. talkRADIO presenter Dan Wootton asked: “What are you going to do about the BBC during a potential election campaign?

“Are you going to continue appearing on these programmes?”

“It was just extraordinary. You would have thought I was at Nuremberg for something awful I’d done. 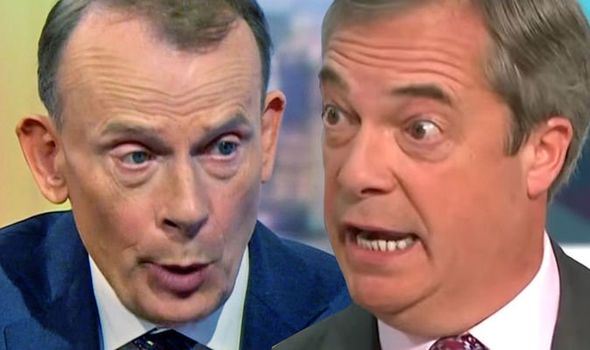 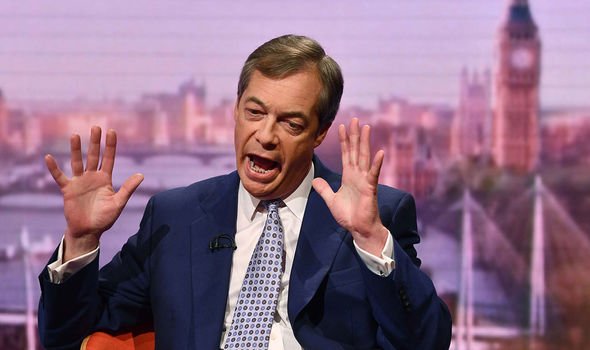 BBC News: Nigel Farage appeared on the Andrew Marr Show back in May (Image: Getty)

“They’re now begging me every week on email to re-appear, so far I keep telling them I’m washing my hair.

“I don’t think we need the BBC as much as we used to, I think their behaviour has been disgusting at every level, they are utterly biased.

“But mercifully, fewer and fewer people watch them or listen to them. May that train continue.”

Mr Farage clashed with the BBC host when he was asked about a statement he made ten years ago over wanting to privatise the NHS. 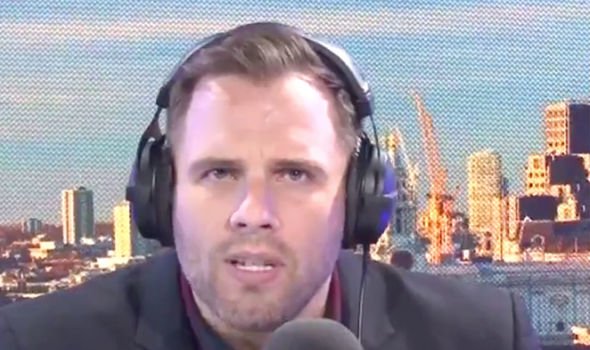 BBC News: Dan Wootton asked Nigel Farage if he will "continue to appear" on the BBC (Image: talkRADIO)

In response to the question, the Brexit Party leader responded: "This is absolutely ludicrous. I’ve never in my life seen a more ridiculous interview than this.

During his interview with BBC's Marr back in May, Mr Farage, whose party ran for seats in the European elections, was confronted about past statements.

I would join with Brexit Party to honour referendum says LABOUR MP [COMMENT]
Nigel Farage net worth: How much is the Brexit Party leader worth? [INSIGHT]
Marr hits out at McDonnell on Labour's Brexit deal - 'Cuts out views' [VIDEO]

Speaking following the interview with Mr Marr,  the Brexit Party leader argued “something remarkable” is going on with his newly formed party that the BBC seems “intent on ignoring”.

Writing in the Daily Telegraph, he said: “When it came to talking to me about the Brexit Party, which has at its heart a desire to scrutinise this Establishment-sponsored con, this supposedly seasoned journalist only cared about the past.

However, Rob Burley, the programme’s editor, previously defended the line of questioning.

He said: “From the start of the Brexit Party he has said this is not just about Brexit but a party to reshape politics. We asked him whether it would adhere to his known positions on non-Brexit issues.”

A spokesman for the BBC told Express.co.uk: "The BBC is an impartial news organisation used by eight out of 10 British adults every week. Mr Farage’s interview with Andrew Marr was fair and robust, as with all politicians who appear on the show."

Lampard will discuss the player's return to training with Kante, but the club will not press the Frenchman
Arsenal and Tottenham want to sign Willian for free. Clubs don't have money for transfers
In the NPL, the coronavirus was detected in 4 people from three clubs. We conducted 1,008 tests
Chelsea wants to buy a midfielder Barahma. Brentford asks for 40 million euros for the Algerian
Bayer is ready to sell Bale for 50 million euros. The winger is Interesting to Manchester City
The parade of Fales in the Bundesliga continues: now the goalkeeper of Hertha has thrown himself ridiculously. I hit it with my face, I hit it with my hands
Holand was injured in the game against Bayern after a collision with referee Stiller
Source https://www.express.co.uk/news/uk/1177739/BBC-News-Nigel-Farage-Brexit-Party-Andrew-Marr-Show-live-today-UK?utm_source=feedburner&utm_medium=feed&utm_campaign=Feed%3A+daily-express-news-showbiz+%28Express+%3A%3A+News+%2F+Showbiz+Feed%29