A TORMENTED mum fears "going to the grave" before discovering who murdered her 17-year-old daughter two decades ago in a devastating arson attack.

Lindsey Scholes died following the house fire at a party in Royston on September 8, 2001, after white spirit was poured through the letterbox.

Nobody has ever been charged over the murder despite countless pleas for information from her family and police.

Her mum Jackie Meloy has now opened up about her heartache as she prepares to mark 20 years since her "beautiful" daughter was killed.

The former carer, 58, told The Sun Online: "Twenty years later and it still doesn't get any easier - not a day goes by that I'm not crying for her.

"Sometimes I still can't believe she's gone. At first it was like a dream and she was just on holiday or something.

"It was horrible having to finally accept she was dead at the cemetery.

"One minute you think you're alright and you have your other kids but the next moment you're thrown back into turmoil especially as we still haven't had justice.

"I sometimes think am I going to go to my grave without finding out what happened like the Moors Murderer victim's mum.

"But I will fight for my daughter every day to find out what happened to her.

"Someone out there knows who did this and I will find out who they are and why they murdered my daughter."

Lindsey had been at a party with two friends in the end of terrace home when flames began shooting from the front door.

The terrified teen made her way upstairs with a pal but they became trapped as the fire ripped through the house.

Lindsey was found face down in the bathroom by fire crews and rushed to hospital.

Her friends had jumped out of the window to escape the flames.

Recalling the horror, Jackie said: "The police came to the door to say Lindsey was in hospital and I remember thinking it it must have been accident because no one would hurt her.

"I was just screaming.

"We were taken to hospital and saw her injuries for the first time before she got moved to intensive care.

"She was all wired up to tubes and was black as the ace of spades from the fire.

"I just cuddled her for two days straight."

Lindsey was left seriously injured in the blaze and had suffered 18 per cent burns to her body.

She died two days later after her life support was switched off.

Jackie said: "I was in shock and refused to switch off her life support at first because I kept thinking miracles have happened before.

"Sadly she never regained consciousness. She was only 17."

A murder investigation was launched and police confirmed white spirit had been poured through the letterbox.

On the night of the arson attack, cops had been called to a disturbance on the same street after a fight broke out and believe both incidents were linked.

Jackie says she was left "in disbelief" that someone had willingly hurt her daughter.

She added: "You don't bring a child up for 17 years for someone to do that."

Six suspects have been arrested in connection with Lindsey's murder but no one has ever been charged.

Jackie has slammed the police saying they have often left her in the dark.

She said: “I’m on their case all the time looking for answers and sometimes I don’t even receive a reply.

“It is very frustrating and it is very annoying.

Lindsey's murder is one of 26 unsolved killings being re-examined by South Yorkshire Police’s cold case team.

They confirmed the team are "actively following up" on lines of enquiry and reviewing "forensic opportunities".

But baffled Jackie doesn't understand how her daughter's killer is still walking free after two decades.

She said: "The only thing I want now is someone to be held to account.

"There's a person walking around out there getting to enjoy a life my daughter never got the chance to have.

"I missed Lindsey growing up, I will never see her get married or start a family. I've missed everything. 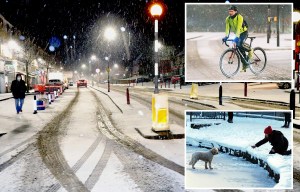 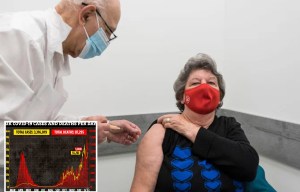 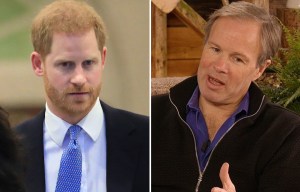 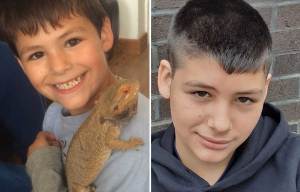 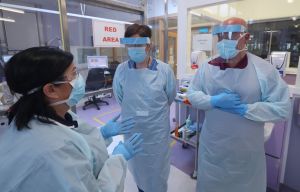 'NO ONE IS IMMUNE' 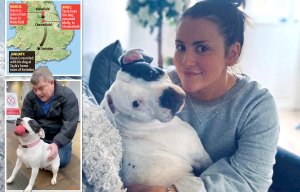 Beautician who unwittingly bought stolen dog reunites her with owner

"Please, if anyone knows anything then ring the police or message me.

"I will never rest until my daughter's killer has been brought to justice and is behind bars."

Anyone with information is encouraged to call police on 101 or report it to Crimestoppers anonymously on 0800 555111.

SAS: Who Dares Wins star Ollie Ollerton throws his support behind axed Ant Middleton and says they ‘built the show’

Enjoy a scenic trip on the Harry Potter train

Sainsbury’s to cut 1,150 jobs as part of ‘restructuring’ plan

Lockdown POLL: With the end in sight, should penalties for Covidiots be increased?

Fulham vs Tottenham betting odds boost: Get Spurs at 9/1 or Cottagers at 25/1 to win

Liverpool vs Chelsea betting offer: Get huge price boosts with Liverpool at 11/1 or Chelsea 16/1 for Anfield clash

What is the biggest fish caught by the Wicked Tuna cast?

Stimulus bill with $1,400 checks could pass this week – but FEWER Americans may get them after Biden ‘agrees to limit’