EACH Monday, we will bring you top antepost tips for the weekend's action with our new column, 'The Early Bird'.

More often than not there is some unbelievable value in the bookies' antepost markets - so let's get on early and catch us some juicy worms.

I'm not a huge fan of the Shergar Cup, which should have been staged at Ascot this weekend.

It's the kind of fixture that the Americans would no doubt pull off brilliantly. If you're going to go down the route of a 'team event', then throw all the razzamatazz you possibly can at it.

But that's not something which comes naturally to British racing, it often feels half-baked and to be honest I can't remember the last time I switched on the tele to watch it.

And as a betting product, bar the fact you get decent-quality horses and consistent field sizes, it can be a minefield. Let's just say some of the riding 'styles' of visiting jocks can cause 'frustration'.

So from a personal perspective, I love the look of Saturday's card at Ascot this year. It's Shergar Cup Lite - a handicap-laden punt fest but without the gimmicks and the dodgy jocks. That's fine by me.

The race that makes plenty of appeal from an antepost perspective is the Virginia Water Handicap at 3.35 - keep an eye out because the race name will likely change when a sponsor steps in this week.

Jeremiah is interesting, given the ease with which he won a deep-looking handicap over C&D last time out. He responded emphatically to the fitting of first-time blinkers and probably beat a well-handicapped horse in Sam Cooke by a nose.

His revised mark will be revealed tomorrow, but he will surely be up into the 100s now and, for all he is open to further improvement, there's no guarantee he will respond as well to the blinkers second-time around.

At the prices, I'm interested in KOEMAN, who was five lengths behind Jeremiah when third in the aforementioned C&D heat.

That was his first run since February, where he blotted his record on an otherwise successful stint in Dubai when trailing home in last place in a Group 3. 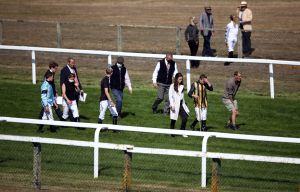 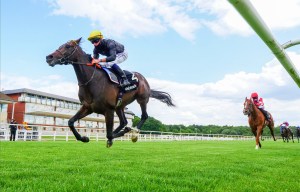 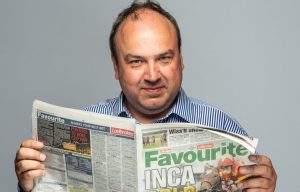 Top tipster Templegate's best bets for the racing on Monday 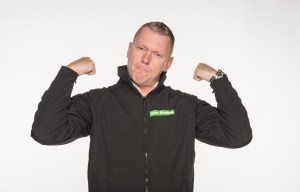 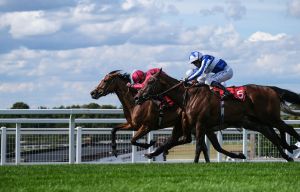 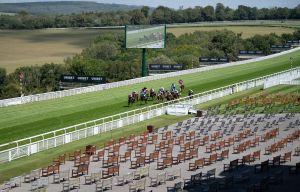 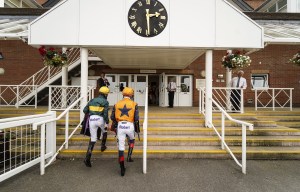 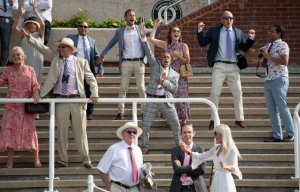 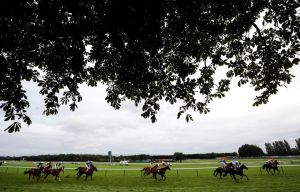 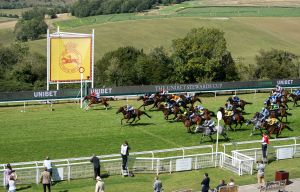 But it was encouraging to see him shape so well on his first start in five months, and things didn't exactly go to plan for jockey John Egan.

He found himself shuffled back and was then forced to make his challenge wide into the straight (all the while, Jeremiah enjoyed a dream run up the inner).

That's not to say he was unlucky, but he had some smart horses in behind and he is entitled to be a good deal sharper this time around. He will get a pull at the weights with his old rival and three of his career-best performances have come at this track.

Another a big price worth a few quid each-way is HASANABAD. He was well-held in a red-hot, soft-ground Haydock handicap last time (two places behind our old pal Jeremiah) when 66-1 and fitted with a first-time hood.

He has a win on soft to his name in Ireland, but he ideally wants it quicker, something which he will get this weekend with the weather set fair.

He was also held up out the back at Haydock - a change of tactics as he normally leads or sits prominently. He didn't appear to be in love with the new game plan, and I expect they will bounce him out and sit handy on Saturday.

The five-year-old has been dropped a few pounds and the Haydock race has worked out well. Indeed, Hochfeld finished marginally ahead of him and went on to win a big pot at Goodwood last week, while several others have gone on to run big races at various Group 1 tracks.

His last win came in a good race at Galway 12 months ago, but this looks his most suitable assignment since then and he is surely capable of better now he is rock-hard fit.

The Dick Hern Stakes up at Haydock (2.05) looks a cracker on paper, and there is more chance of getting dope off the Pope than FOORAAT going off at her current price.

This beautifully-bred daughter of Dubawi (sister to Group 1 winner Benbatl) was oh-so-impressive when bolting up at Chelmsford two starts ago, clocking impressive fractions in the process.

She was well-fancied (sent off 5-4 favourite in the end) for the Princess Elizabeth Stakes at Epsom on Derby day, but she failed to handle the track and wasn't given a hard time once the jockey knew the game was up.

Any horse should be forgiven a flop at Epsom - some handle it, some hate it. Now returned to a more conventional course, she can show what she is made of. I'm confident there is much more to come.

There are some high-class horses entered up, two Group 1 winners in fact in the shape of Veracious and Billesdon Brook, but it would be a surprise were either to actually line up in this Listed contest.

Bayern could give Nübel a loan deal if Ulreich stays at the club
Former Italy striker Pazzini is Interested in Spezia. He is 36
Cherevchenko about Khimki: we will work both tactically and physically. Need to tighten up the team
Milan have agreed a transfer of the forward Bude-Glimt Hauge for 5 million euros. He scored them in the Europa League
Juventus offers Khedira 3 million euros for breaking the contract. The German demands 6 million
Tottenham are ready to sell Voigt for 10 million euros and increase the offer for Skrinjar to 45 million
Bellerin on 1:3 with Liverpool: Arsenal could have drawn or won
Source https://www.thesun.co.uk/sport/horseracing/12300662/antepost-racing-betting-tips-ascot-haydock-saturday/

Nissan employee testifies against American on trial in Japan

Rescue crews called out to record number of non-fire incidents

EDUCATION AWARDS BRADFORD: Star Student Over 16 of the Year

EDUCATION AWARDS BRADFORD: Star Student Under 16 of the Year

10pm curfew 'will be a struggle', say Bradford city centre bars and pubs

Jurgen Klopp explains what's next for Liverpool after Arsenal victory

BMW, Rolex and luxury items seized from criminals now up for grabs

Become an Area Ambassador and share the news from your streets

Massive new homeware store is opening in Liverpool next month

Liverpool and other cities warn of 'hospitality collapse'

The nine countries Brits can travel to without any restrictions

How you can see the International Space Station this week

Civil service pension pot to be used to pay as compensation

Coronavirus: What you need to know this Tuesday morning, September 29

Luke Jobson: Two men to be sentenced next month for affray

Darlington's auction mart to be handed over for demolition