A BRIT jihadi dubbed the "ISIS matchmaker" has escaped from jail with 800 other fanatics - after Turkish soldiers massacred their guards.

Tooba Gondal, now 25, gained notoriety after grooming jihadi brides with sick propaganda – with Shamima Begum rumoured to be among her recruits.

The Kurdish-led administration said 785 foreigners affiliated with ISIS fled the Ain Issa camp in Raqqa after it was shelled by Turkish forces and their allies.

Among those believed to have been in the camp is ISIS "matchmaker" Tooba Gondal, 25, from Walthamstow, North East London.
The jihadi bride was sent to the camp with her two children after she was caught trying to sneak into Turkey.
Despite once calling Britain a "filthy country", Gondal, who uses the pseudonym Umm Muthanna Al Britaniyah, begged to come home last month.

She whined: "The British public are scared, they don’t want to deal with us. But they must.

"We can’t stay in this camp for the rest of our lives, they must deal with us. We are not threat to their society, we just want a normal life again."

The jihadi insisted she was the real victim and said she posed no threat to Britain.

“The women and the children [of ISIS] became the victims.

“I did not harm anyone, if I committed no harm in Syria for four years, what kind of threat can I be to Britain?”
Pictures reportedly from the Syrian Observatory for Human Rights appear to show a group of people running from the camp today.

They said those in the camp fled as clashes broke out between Turkey-backed Syrian fighters and Kurdish forces.

According to the Kurdish-led administration, "mercenaries" had attacked the camp - causing ISIS fighters to storm the gates after assaulting guards.

A statement said: "The brutal military assault led by Turkey and its mercenaries is now taking place near a camp in Ain Issa, where there are thousands (of people) from families of ISIS."

It added some were able to escape after "bombardments that targeted” the camp.

Tensions have been heightened since Donald Trump announced US troops would leave the area.

The decision has attracted widespread criticism - with some arguing the withdrawal has paved the way for the Turkish attacks.

He tweeted today: "Very smart not to be involved in the intense fighting along the Turkish Border, for a change.

"Those that mistakenly got us into the Middle East Wars are still pushing to fight. They have no idea what a bad decision they have made. Why are they not asking for a Declaration of War?"

Their escape came after the United Nations confirmed more than 130,000 people have been displaced in the region since Turkish forces started the offensive.

More than 30,000 were forced out of their homes today - with Turkey saying it plans to continue their offensive for nine more days.

Operation Peace Spring has seen a wave of shelling on Kurdish militia - with Turkey's Defense Ministry tweeting that 480 Kurdish fighters have been "neutralised" since Wednesday.

In Turkey, 18 civilians have been killed in cross-border bombardment, Turkish media and officials say.

The clashes have spilled over the border - with shells  shells fired from Syria hitting the Turkish border towns of Akcakale and Suruc.

Today's bombing comes after it emerged the SAS is poised to launch ‘kill or capture’ missions to stop Brit ISIS jihadis escaping from Syrian jails.

They have been placed on standby after the first ISIS fighters escaped from a jail in Qamishli on Friday after the prison was bombed by Turkey.

Chilling footage taken on the same day purports to show ISIS brides trying to run away from the notorious al-Hawl refugee camp after starting a riot.

The sprawling camp, which has been dubbed ‘Camp Caliphate’, houses around 68,000 jihadi brides and was once home to Brit-born Shamima Begum.

Spooks fear ISIS extremists from Britain and Europe may have the opportunity to flee if Kurdish guards abandon the jails as the Turkish invasion intensifies.

Around 12,000 ISIS fighters, among them Syrians, Iraqis, but also 2,500 to 3,000 foreign citizens from 54 countries, are held in Kurdish prisons, according to Abdel Karim Omar, the Syrian Defence Force reports.

Trump has defended his decision to pull US troops from the region - despite leaving its Kurdish allies, the Syrian Defence Force, at risk.

Turkey views the group as a threat due to their link to the Syrian Kurdish People's Protection Units (YPG), which they see as a terrorist organisation.

The US has threatened Turkey with sanctions unless it calls off the incursion.

Boris Johnson has expressed "grave concern" about the situation in northern Syria - and called on Turkey to end its military operation.

The PM urged Turkish President Recep Tayyip Erdogan to end the fighting when he spoke to him yesterday.

A Downing Street spokesman said: "[Mr Johnson] expressed the UK's grave concern about Turkey's military operation in northern Syria which he said could further worsen the humanitarian situation there and undermine the progress made against Daesh [IS].

"The prime minister underlined that Turkey is an important partner for the UK and a NATO ally.

"He recognised Turkey's role at the forefront of the fight against Daesh and its generosity in supporting refugees who've fled the civil war in Syria.

"But the prime minister was clear that the UK cannot support Turkey's military action.

"He urged the president to end the operation and enter into dialogue, and said the UK and international partners stand ready to support negotiations towards a ceasefire." 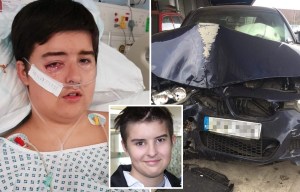 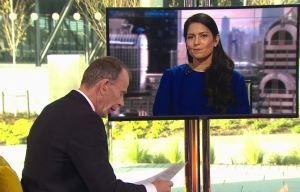 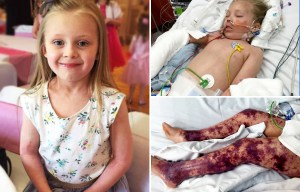 Girl, 7, loses both legs to meningitis after she's sent home with 'tummy bug' 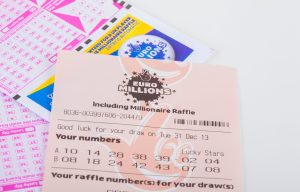 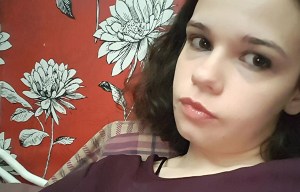 Meanwhile, France and German have vowed to stop selling weapons to Turkey that could be used in the fight.

But defiant Erdogan has insisted the military action is vital for national security.

He said yesterday: "We will never stop this step we have taken... We will not stop it no matter what anyone says."

Gattuso on Napoli: We must develop a winning mentality
Avangard congratulated Zenit with the title: it's Time to match and take the Gagarin Cup
Coach of Orenburg Pro 0:1 with Rubin: Morally devastated, could have drawn
Kike Setien: Griezmann played a great match, understood Messi well, scored a great goal. We changed something
Barca President on the Real Madrid match: VAR always favours one team. I have an unpleasant feeling
Faty scored the 9,000 th goal in the history of Barcelona
Griezmann scored in La Liga for the first time since February with a pass from Messi
Source https://www.thesun.co.uk/news/10121882/isis-brides-escape-raqqa-camp-turkey-bomb-syria/