TONY Gigot is Toronto’s free hit as they try to finally get their first Super League win – after agreeing to play for nothing.

And the French ace has revealed he is not sure how he ended up on rugby league’s sidelines after starring at Catalans Dragons.

The one-time Lance Todd Trophy winner as man of the match in the Challenge Cup final believes his break – whether it was his fault or not – has done him good.

After failing to agree a new deal in the south of France, he held talks with Leeds and Huddersfield, as well as an Italian rugby union club – but nothing came off.

Now, though, he is determined to show why he was so wanted and hopefully earn a permanent deal with the Wolfpack after joining on a one-month trial.

Gigot, who played about an hour at Warrington after just one training session, said: “I don’t know what happened with my contract. I honestly don’t. Maybe it was a case of us not understanding each other – the chairman, the coach, me, my manager.

“People just think it’s about money but it’s not.

“I got a call from my manager two weeks ago and he said, ‘What are you doing?’ I said, ‘I’m in the south of France with my family.’

“He said, ‘Do you want to go and train, maybe play, with Toronto for a month and see what happens?’ I said, ‘Yes, let’s go. It’s better than doing nothing around my house. My bag is ready, I’ll go.’

“I took the first flight out. I arrived at training and was told, ‘You’re on the bench this week, are you ready?’ I said, ‘I am. Let’s see what I can do.’

“All the other guys had three months of training and four games in their legs – I had nothing!”

While not being involved with a team, Gigot put himself through a schedule to keep fit, which included working with a rugby union side as he held talks over switching codes.

But the break was just as good mentally as it was physically for the 29-year-old.

Gigot added: “Seriously, the last few months have been good. I was away from rugby league a little but I never thought I’d go away from Catalans if I’m honest.

“The time I’ve been away saw me have a rest and spend a lot of time with my family, so it’s been very good. There’s no regrets.

“I went away on holiday and did a few things I couldn’t normally do and maybe it was the right time for me to move and do something different.

“I held talks with a couple of rugby union teams and I’ve been training with the Avignon side. It’s been a lot different and I didn’t know what to do really.

“It was a little long but I trained alone, trying to be ready if someone came and Toronto came. It’s an exciting challenge.”

After coming back as Toronto pushed Warrington close, Gigot’s next step back is tonight’s clash with champions St Helens, who are coming off the back of pushing NRL premiers Sydney Roosters all the way in the World Club Challenge.

And he hopes it puts him a bit further down the road to a permanent deal with the Wolfpack.

He said: “I hope we can find something for the rest of the year.

“I don’t know what will happen, though. I’m not someone who looks two or three years ahead. I just look at what happens next.

“Maybe I’ll miss the good sunshine in Perpignan a little but I’m happy to be here. We’ll see, let’s have fun!”

Victor Radley can turn it on thanks to switch that turns him mad, says Adrian Lam 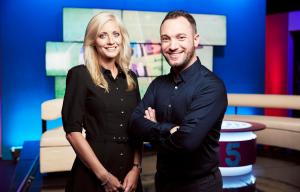 Why has George Riley been suspended and who is the BBC Radio 5 Live presenter? 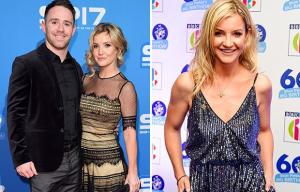 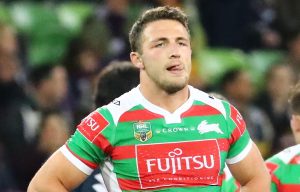 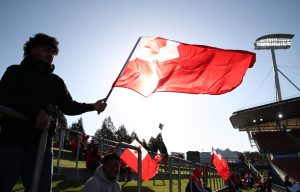 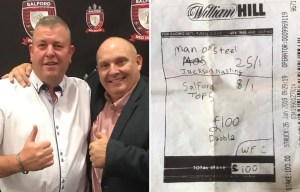