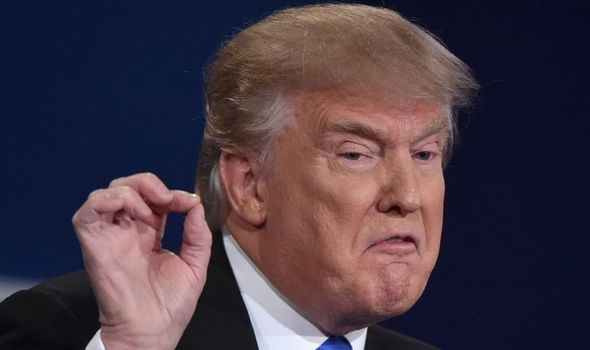 Tiktok ban: Trump humiliation as US judge HALTS ban hours before it was set to start (Image: Getty)
Sign up for FREE now and never miss the top politics stories again.

John Hall, an attorney for TikTok, likened the platform to a "modern day version of the town square”.

He added that banning it would go against free speech.

Judge Carl Nichols of the US District Court for the District of Columbia, placed the hold on President Trump’s decree in a last-minute decision.

A TikTok spokesman said: "We will continue defending our rights for the benefit of our community and employees.

“At the same time, we will also maintain our ongoing dialogue with the government to turn our proposal, which the President gave his preliminary approval to last weekend, into an agreement.”

This is a breaking story. More updates to follow...

Mancini on Balotelli: I'm sorry to see him like this. By the age of 30, he should have reached maturity
Fabio Capello: Barcelona could have scored 8 goals for Juve instead of 2. The difference between the teams is shocking
Nagelsmann boasted that Leipzig would read any Manchester United scheme - and got 0:5. Solskjaer still surprised him, and then finished off Rashford
Tuchel on criticism: PSG leads in France. Juve, Liverpool, city, Barcelona and Real Madrid in 1st place in their respective leagues?
Owen Hargreaves: Van de Beek could be Manchester United's Muller. Once he is in the squad, he will not be forced out
The French Cup is suspended until December 1 due to coronavirus. Ligue 1 matches will be played without spectators
Rashford has the fastest hat-trick in the history of the Champions League among players coming on as a substitute. Mbappe - the second
Source https://www.express.co.uk/news/world/1340723/tiktok-ban-donald-trump-POTUS-US-politics-judge-start-time-block-china-white-house-jinping?utm_source=feedburner&utm_medium=feed&utm_campaign=Feed%3A+daily-express-news-showbiz+%28Express+%3A%3A+News+%2F+Showbiz+Feed%29