Detroit Police said one of the injured was a teacher. The injured have been transferred to area hospitals for treatment. The FBI is on the scene to assist with the investigation. Police responded to calls of an active shooter just before 1:00 p.m. at Oxford High School in Oxford Township, Michigan.

Police say approximately 15-20 shots were fired from a handgun.

The alleged shooter was said to be a 15-year-old student and was a sophomore at the high school.

According to the Oakland County Sheriff's Office, multiple patrol units and multiple EMS units are on the scene along with SWAT and Aviation Unit.

All evacuated students will be located at the Meijer store for reunification with parents or relatives. 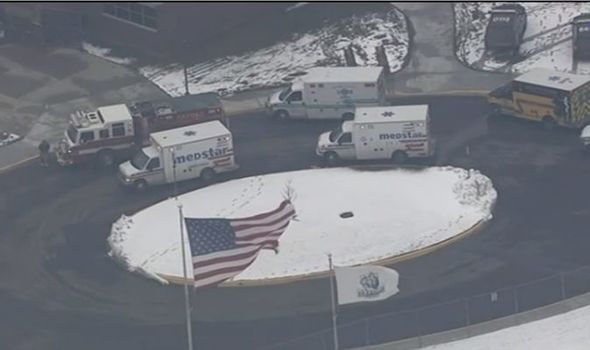 Three have been confirmed dead in the shooting (Image: WWMT)
Sign up to receive our rundown of the day's top stories direct to your inbox

‘Loving’ boy, 5, drowned in bath as mum wrapped presents the day before his brother’s birthday – 34 days after dad died

Urgent warning as 300,000 Brits living with stealth disease that could kill within 5 years

What was Peter Robbins’ cause of death?

The signs someone else in your home has Omicron without realising

The nationality bill makes it clear: some British citizens are more equal than others | Shami Chakrabarti and Simon Woolley

I was told to ‘lose weight’ to cure fatigue but now I am fighting for my life 10,500 miles from home