THIS Morning viewers were horrified as Gok Wan told them to wash raw chicken during his cooking segment.

The fashion mogul turned cookbook writer, 45, was showing hosts Alison Hammond and Rochelle Humes how to cook his chicken wings.

While going through which spices and sauces to use, Gok shocked fans when he told fans to wash the poultry.

The NHS website says people "should never" wash raw chicken as it can risk being infected with campylobacter bacteria.

Only a few cells of the bacteria is enough to cause food poisoning and it's the most common cause of the illness in the UK.

Splashing water from washing chicken can cause it to spread across hands, work surfaces, clothing and cooking equipment.

Fans were shocked by the advice, with one person saying: "#ThisMorning so irresponsible of Gok to tell people to wash the Chicken!"

Another added: "Do not wash raw chicken."

A third remarked: "I thought you weren't supposed to wash chicken?"

The live cooking segment on This Morning often offers great advice - but is prone to a few blunders.

Yesterday, chef Donal Skehan started his cooking segment too early - with the audio continuing play after his video was cut.

The 34-year-old cook was seemingly too eager to tell viewers the recipe for his summer berry pavlova, starting his directions during a brief link from the studio.

During the show, Eamonn Holmes and his wife Ruth Langsford cut to Donal in his Dublin kitchen as they told fans what was coming up in the rest of the programme.

Eamonn then asked the food pro if meringue was supposed to be chewy - but Donal appeared to mishear. 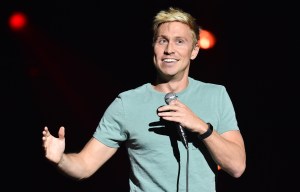 Instead, he got stuck in with breaking down the recipe as he told the hosts: "Yes, we have a beautiful meringue mixture to make and the beauty of this summer dessert is just how easy it is to prepare it."

He then started on the recipe, pouring the ingredients together as he explained: "So it's going to start in our bowl with a little bit of egg whites - we have four egg whites going in-"

Flustered Eamonn then interrupted, repeating "hold your horses" as he told Donal it was a "false start".

While Ruth awkwardly chuckled, Eamonn said: "I was only asking if a meringue should be chewy", with Donal playing it off by joking: "I'm just so excited!"

Jose Mourinho: what happened to Dyer is not normal, he was dehydrated. If the League management doesn't care about the players, I don't
Jose went berserk twice during the match with Chelsea: ran over Lampard and ran to look for Dyer - he rushed to the toilet right during the game
Lampard on relegation from the League Cup: we Need to keep a positive attitude. Everything will come if Chelsea score second, leading the score
Call of nature, what can you do? Dyer explained why he ran to the dressing room during the match with Chelsea
Mourinho and Lampard shook hands before the penalty shootout. In the first half, they had a fight
Dest arrived in Spain to complete a transfer to Barca
Lionel Messi: I Am responsible for my mistakes. I wanted Barcelona to become stronger
Source https://www.thesun.co.uk/tvandshowbiz/12401561/this-morning-gok-wan-chicken-wash/

Twitter MELTDOWN as Melania Trump and Jill Biden come face to face at debate: ‘Crush her!’