The atmosphere in the Royal Shakespeare theatre in Stratford-upon-Avon is a little emotional. The cast are dress rehearsing the final scene of The Winter’s Tale. The wronged heroine, Hermione, has somehow been brought back from the dead, her jealous husband has realised the error of his ways, and the couple have been reunited with their long-lost daughter. It’s perhaps the most famous – if improbable – fairytale ending in Shakespeare. As the lights come up, I think I spy the eyes of one of the crew looking a little red. Blame the face mask.

What makes the moment especially charged is that, in almost every sense possible, it has been a long journey to get here. When Covid-19 forced the first lockdown last March, the company were days away from opening this very show; within less than a week, not only had it been indefinitely postponed, but the RSC’s plans across several continents were in pieces too. There was a proposal to bring it back to life late last autumn, only to run straight into another lockdown. The current intention is to perform The Winter’s Tale for broadcast on BBC Four later this month, with all of the original cast and as many of the original crew as can be reunited.

Third time lucky? “Well, the play is all about hope,” says director Erica Whyman brightly when we perch in the deserted theatre bar. Kemi-Bo Jacobs, who plays Hermione, is nodding thoughtfully. “There are a lot of ghosts in the room.” 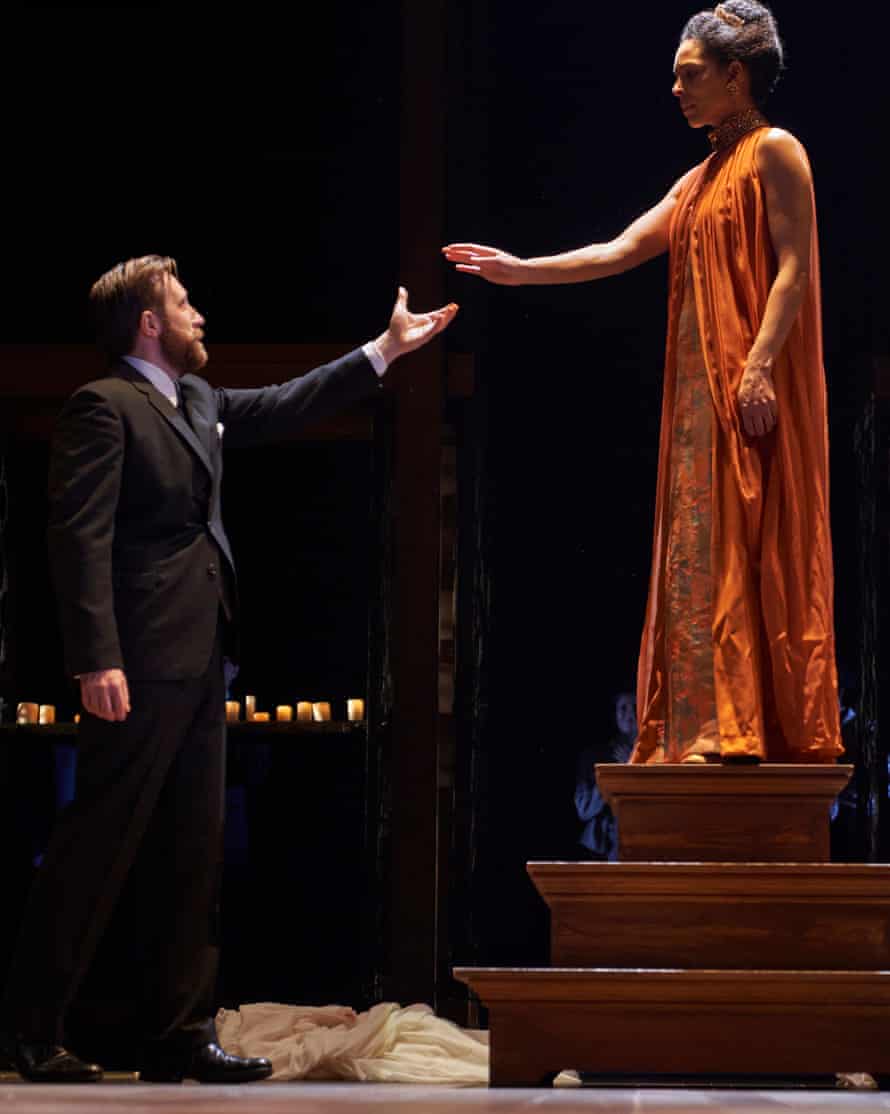 What’s curious is that, if you were looking for a drama that distils the emotions so many of us have been through in the past year, it would be hard to find a better candidate than The Winter’s Tale. One of the last plays Shakespeare wrote, completed not long before The Tempest, it ripples with the mystical, intensely powerful themes that fill his late work. Hermione is pregnant when her husband, Leontes, tells her he believes the child is someone else’s; she is forced to separate from her daughter and go into isolation. Grief and sudden death loom large. Only via an unexpected reversal of fate is tragedy averted.

There’s even a break in the action – a “wide gap of time” between the first part of the play and the second, in which Shakespeare asks us to believe that Hermione’s baby daughter is now a teenager and that we’re now in blossoming springtime.

Whyman gestures through the windows towards the trees on the banks of the Avon, every bit as beautiful as last year. “I think we understand that theme a lot better than we did. All of us feel a lot older than we were a year ago.”

Shakespearean echoes aside, what are the practicalities of reviving a show one year on: it must be hard to remember how it all fits together? Not as tricky as you’d think, says Jacobs: “It was amazing how much of it was still there; the muscle memory is very deep.”

That said, Covid protocols have added a brain-bending level of complexity: the action has been rechoreographed to limit close contact, in addition to mask-wearing and a regular testing regime. Touch-points have been scrutinised to limit risk of transmission, not just in the theatre but with props and the set, Whyman explains. “Every time someone opens a door, we’ve had to look at that,” she says. “That’s a lot of effort.”

On the upside, they have been forced to do something always rewarding in Shakespeare: make the words do the work. “Not being able to have that close proximity or touch, it forces you to really look at the language,” says Jacobs. (Speaking of language, in this version there is an extra twist: two of the actors, William Grint and Bea Webster, are deaf, and will be performing in British Sign Language.)

In one way, the cast have been extraordinarily fortunate. When the pandemic happened, in addition to furloughing as many staff as possible, the RSC took the decision to keep its 35-strong core acting company together. Jacobs and her colleagues have spent the last year engaged in a variety of projects, including pop-up outdoor performances, outreach schemes aimed at school children trapped at home and a new podcast series. 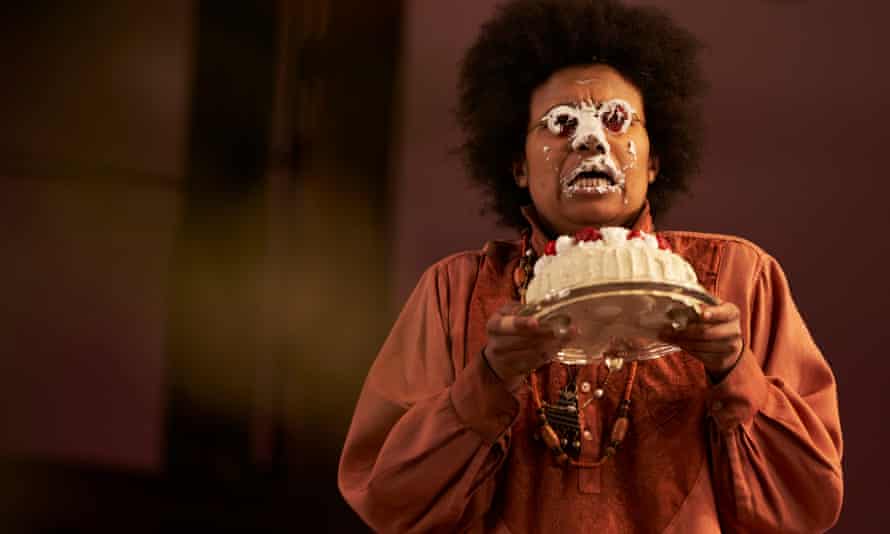 Nonetheless, everyone is acutely aware that the RSC, despite a £19.4m government loan, has had to make 62 redundancies, with many more people experiencing “significant changes” to their contracts – to say nothing of the wider devastation that has hit theatreland.

“So many colleagues and friends have lost work, it’s tricky knowing how to feel about that,” says Jacobs. “The industry has shrunk so much. Who knows how long it’ll take to bounce back?” The RSC itself is hoping to reopen later in the summer, initially on a pop-up outdoor stage, then at some point – roadmap permitting – the main theatre.

For the moment, Jacobs is grateful to be back in role and back on stage, even if it’s in front of cameras and technicians instead of a live audience. “It’s precious, telling this story again,” she says.

The play’s message about fresh starts and second chances is something to cling to right now, she adds. “Time is the great healer; it gives you perspective.”