SNP Westminster leader Ian Blackford was shamed over proposals to tie Scotland back to the European Union and resume paying contributions to the bloc should the nation become independent in the future. First Minister Nicola Sturgeon committed to applying for membership of the EU should Scottish voters back plans to become independent from the UK – despite Westminster withholding permission to have a new referendum. Mr Blackford was confronted over the plan during PMQs, as Boris Johnson said: "I think it very odd that he should denounce his country’s wish to have trade deals around the world when it is my understanding their proposal is to try to rejoin the European Union.

"Therefore to have a border, a different currency whose name they have yet to identify, and, just after this country has taken back control, of its outstanding marine wealth, to hand it back to Brussels.

"That’s their policy. I really think they should concentrate on doing a better job for the people of Scotland."

The SNP Westminster leader said: "The Prime Minister is on a dangerous trajectory. Is it any wonder that poll after polls shows the majority supports Scottish independence. 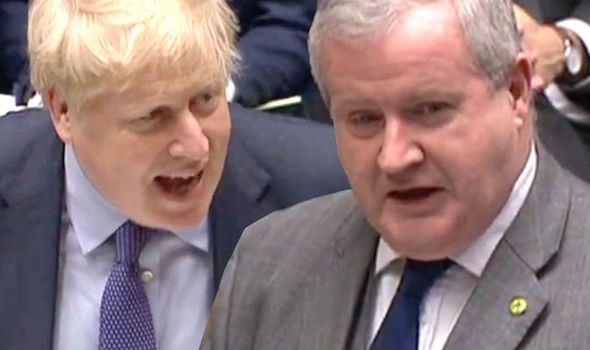 Boris Johnson mocked the SNP's Ian Blackford for plans to "hand back" fishing to the EU (Image: PARLIAMENT TB) 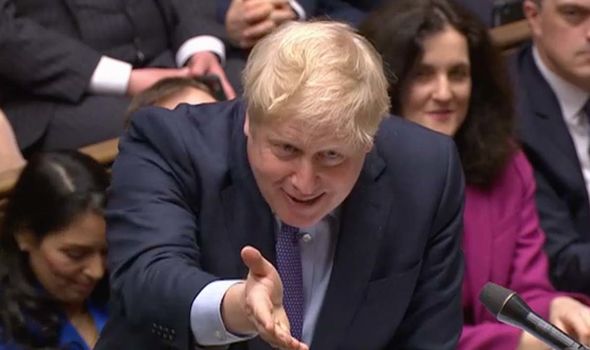 Ian Blackford was humiliated over the SNP's unclear plans for an independent Scotland (Image: PARLIAMENT TV)

"Our former US Ambassador has made clear the threat of a Tory-Trump trade deal, warning that drug prices could soar.

"This could see increased pressure on our frontline services – it is clear than ever that this government, this Prime Minister is a threat to our NHS."

Love Island 2020 final: What time does it start & end and who will win tonight?

Six Nations 2020: England ratings as Lawes shines with a shiner and Youngs gets over World Cup final woes

The name of every criminal sentenced at Blackpool court last week

The name of every Hyndburn criminal sentenced at court last week

Merseyside junctions where you're most likely to be in an accident

The show show must not go on – after Caroline Flack's suicide, Britain needs a break from Love Island

Wolverhampton tips: Racecard, analysis and preview for the Betway Heed Your Hunch Handicap on Monday

Witnesses watched on unaware as toddler, 2, was dying in horrific car fire

B. Smith dead at 70 – Model and TV host Barbara Elaine Smith passes away after Alzheimer’s

An ode to Gini Wijnaldum, the Liverpool midfielder who shuns the spotlight and exudes humility

Virgin Media down: Thousands of customers report issues with TV and site

Another four people test positive for coronavirus in UK

Brexit poll: Does the UK have the upper hand on Brussels now the EU27 are 'divided'? VOTE