Those were the words of French blogger Pauline Harmange, 25, in her provocative online essay, I Hate Men, which was published this year.

Three women tell Samantha Brick why the opposite sex has them seething.

‘Guys are only in relationships for one reason’

She says: I was 19 when I had my first serious relationship. That was with my daughter’s dad. We were together for three years but it didn’t work out.

I later dated someone else. After a few dinner dates we went to a hotel and spent the night together. The next day I came across a girl’s social media page and discovered I’d been seeing her boyfriend.

Then I met a really “nice” man. He knew I had a daughter. We went on holiday, he stayed at mine for a few days at a time, too. He was dead understanding on the occasions I cancelled a date when I couldn’t get a babysitter.

Life was great between us. Then last Christmas, after we had been seeing each other for three months, he announced that he wasn’t sure if he could take on another bloke’s child.

We split and got back together four months later after he told me he’d changed his mind. Call me naïve but I could see he was perfect marriage material and I genuinely thought he’d had a change of heart.

'HE LED ME ON WITH FALSE HOPE'

But after another two months he told me it was over – he couldn’t accept my daughter. He led me on with false hope and absolutely broke my heart. I was just blind to the fact he wouldn’t be a stepdad.

Here I am, almost 30, and living with my parents. Mum and Dad have been together for 31 years and my brother with his girlfriend for 13 years.

Recently a guy had been messaging me. Not long after, I got a call from his girlfriend asking who I was and why her other half was in touch with me so often. I wanted to tell her, “Run!”

I recently approached a guy when I was out with the girls. He looked me up and down and said, “Babes, you’re not my level – I don’t talk to anyone who isn’t earning thousands a week”.

Another guy tried to stop me from eating lunch, telling me to have coffee instead, otherwise I’d end up fat. I was shocked and thought he was joking. He wasn’t.

That’s why I just don’t trust men at all. Guys are in relationships for one reason only.

‘They hate being bossed by someone with boobs’

Logistics company planner Alexandra Bukovicova, 35, is single and lives in Swindon with her two-year-old daughter.

She says: I hate men and I’m happy to remain single for the rest of my life.

This began when my late father left my mum when I was a toddler. I didn’t see him again until I was 15.

I was out walking my dog and he said, “Where’s your mum?” He didn’t even ask me how I was. Two years later I was standing at his grave. I had zero feelings for him.

That experience set the template for me with men in my life. I work in a male-dominated industry and I am constantly hit on by men.

When I was 21, my 47-year-old line manager kept asking me out for a coffee. He was pushy and persistent. It stressed me out finding inoffensive and gentle ways to turn him down.

'I JUST GRIT MY TEETH & SMILE'

In my early twenties I was working in a warehouse looking after 150 male lorry drivers. I lost count of the times I got told, “You’re a young woman who doesn’t know anything”.

I’m an easy-going person and tried to see it from their perspective – that they’re tired or grumpy.

But the reality was that they didn’t like being told what to do by someone who has boobs instead of a penis. One boss went out of his way to make my life miserable because I’m female. I’d just grit my teeth and smile. I had another bloke in his early fifties repeatedly ask me out.

He wanted sex. I could tell. I have a very large chest and it turns most men’s heads. Before long, he made it clear that his interest in me was physical.

Two years ago I became a single mum. My daughter’s dad had lied to me about being single. He wasn’t.

Even when I found out that he was in a committed relationship, he still wanted us to be sex buddies. When I went back to work, another guy hounded me for a year.

He kept talking about his £300,000 house. He told me that he could look after me and my daughter. He was dangling cash at me like I’m the sort of woman who needs to be dependent on someone.

I was blunt with him and told him he was too old. Then he started sending me naked pictures. I had to block him.

I’m so glad I am single and have got my freedom. I do not want to be dependent on any man. It is why I try to be better than the guys I work with. I have always focused on my career and doing well for myself.

‘Just like my dad they will all walk out’

She says: My dad was a charmer and great with words. Mum loves being in love and fell for him. Yet he still walked out on Mum and me when I was five.

Five years later I discovered I had a sister a couple of years younger than me. When I was a teenager he had another family and didn’t really want to know me.

The men I have chosen to date have all been blueprints of Dad.

I have taken Mum’s mantra of “give love a chance” – and it has meant I’ve had lots of disastrous relationships.

Us women think before we act. We consider our girlfriends, our families, hurting someone we are with.

'MEN DO NOT THINK'

Men do not bother to think, they just act.

The first boyfriend I had ostracised me from my friends. He then dumped me via text.

One bloke I started seeing forgot to tell me he was having a baby with another woman.

They even went on holiday while she was eight months pregnant. It was only when they got home he told me about her.

I couldn’t cope with it and just felt numb. I didn’t tell anyone about it for a month – I thought it was my fault.

I even avoided my best friend’s wedding day because he was going to be there.

Another guy I met was building a following on social media. The more followers he gained, the less I’d hear from him.

I texted him once and asked what he was up to. He informed me he was being orally pleasured by a different girl. 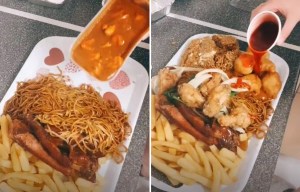 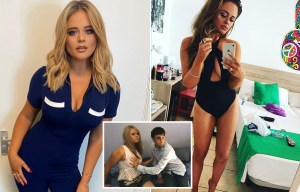 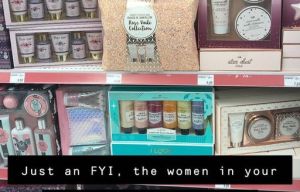 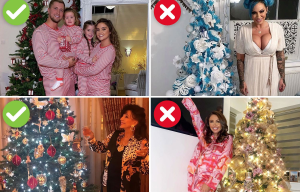 The best and worst celeb Christmas trees, from OTT firs to stylish spruces 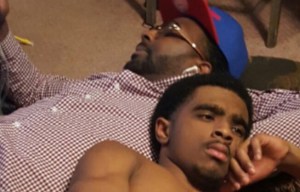 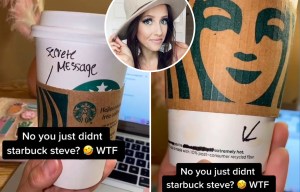 Starbucks customer finds saucy message from barista - would you have spotted it?

He tried to get back with me recently and I told him where to go. I don’t think blokes are out to upset us women.

I have had it out with male colleagues.

When I ask them why men behave so badly, they tell me, “We don’t think, we just do it.”

Luna Benna, 21, claims she’s so good looking Tinder has banned her while men constantly propose to her

Rodgers on the draw with Everton: It was unlucky that Leicester did not score the second goal
Ancelotti on 1-1 with Leicester: I don't remember Hames scoring with a right before
Andrea Pirlo: In my 1st season at Juve, we were behind Milan, but we took the title. Everything depends on us
The judge made two mistakes. De Gea was pushed and there was no foul on our cancelled-out goal. Solskjaer on the loss to Sheffield
Maguire on the defeat to Sheffield Wednesday: We gave the opponent two goals, we didn't play at the level we expected
Wilder on registration in the Premier League: I don't want to talk about the beginning of an incredible rescue. We just want to show what we are worth
Ronald Koeman: Barcelona in a difficult month with an abundance of outings showed character and deserved their victories
Source https://www.thesun.co.uk/fabulous/13289127/women-explain-why-they-hate-men/