I’d been looking forward to Angela Black, the latest from Harry and Jack Williams (The Missing; Liar), starring Joanne Froggatt; leastways, as much as it is possible to “look forward” to a drama about a wife and mother suffering from domestic violence. Here was an opportunity to showcase the pernicious nature of coercive control, which is the death of the soul by thousands of psycho-emotional papercuts, and which doesn’t always involve physical violence (though, confusingly, it also can). Is a primetime ITV thriller the right place for such dark themes? Absolutely: the more publicised the issue, the better.

A shame, then, that the first episode (of six) was a disappointment, drifting with startling ease into trite sensationalism. Angela (Froggatt) is half of a gilded couple (cue the now almost monotonous, Grand Designs-style gaff: fancy kitchen, sumptuous open fires and the like). She’s first viewed sipping wine, giggling with husband, Oliver (Michiel Huisman), and their guests after dinner. Later, Oliver accuses her of “embarrassing” him “deliberately”. He beats her, bruising her mouth, breaking a tooth. We learn that it’s not the first time. Soon afterwards, a mysterious stranger (Samuel Adewunmi) appears, making it clear that Angela is in mortal danger.

Squid Game is many things, but above all it’s top-notch junk TV, to be binged with swivel-eyed abandon

It’s not that the performances are bad, rather that the actors have little hope of elevating such implausible, hammy material. As Oliver, Huisman is made to saunter about like a moustache-twiddling villain, spouting Mills & Boon-level nonsense: “What we have is beautiful. Beautiful things can be flawed.” In another (completely unnecessary) scene, Angela is lost in mangled metaphor when an unmuzzled dog bites her. Adewunmi’s stranger is reduced to standing in the garden in driving rain, yelling: “I’m the only friend you have!” The end effect is excruciating, borderline irresponsible and an opportunity squandered; let’s hope the series vastly improves. No one needs Angela Black to be a documentary, but half-convincing would be a start.

The South Korean dystopian phenomenon Squid Game, created by Hwang Dong-hyuk, is now Netflix’s biggest debut hit, having reached 111 million viewers worldwide. It’s furthered the case for Korean culture and made international stars of the cast, including Lee Jung-jae (playing a gambling addict) and HoYeon Jung (as a pickpocket). So what’s all the fuss about? All I know is that I thought I’d take a cheeky peek, and nine exhausting, ridiculous, waywardly dubbed episodes later I could be found hunched over the remote control, babbling incoherently about whether I’d look fetching in a green tracksuit. I’d been squidded.

Squid Game is about skint desperadoes being transported to a remote island to play childhood games (versions of tug of war, grandmother’s footsteps et al) to win a massive prize pot of £28m. However, in these games, failure means death, including being shot in the head by a squid guard. At its cleverest, Squid Game is a seething diatribe on everything from 21st-century debt to dog-eat-dog capitalism to reality show nihilism. At other times it’s overwrought, infantile and, never mind squid, you could shove a giant octopus through the plot holes. Yet still I watched (and watched), unable to resist hanging on until the rather obvious denouement, which I guessed three or four episodes in. Squid Game is many things, but above all it’s top-notch junk TV, to be binged with swivel-eyed abandon. 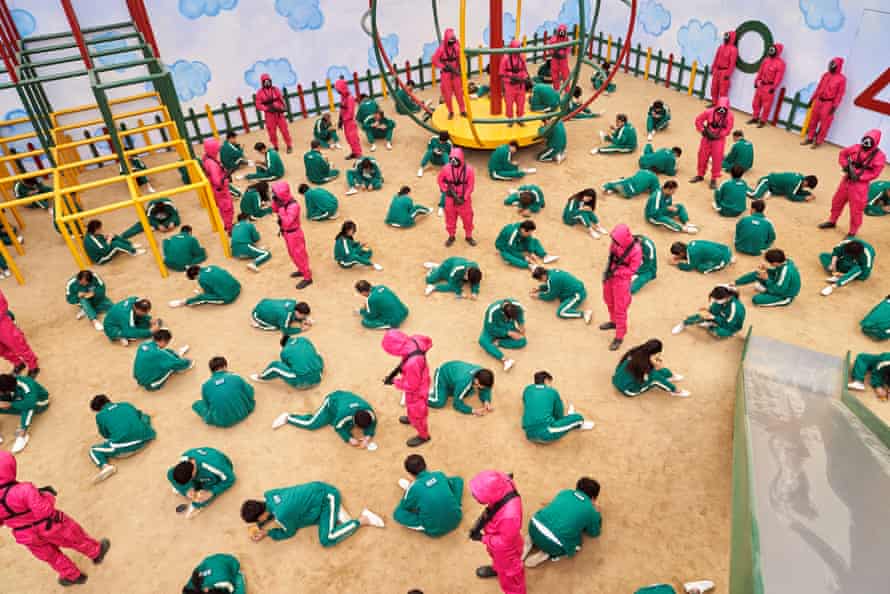 Sky Atlantic’s five-part Scenes from a Marriage, a remake of Ingmar Bergman’s groundbreaking 1973 TV miniseries, follows the marital meltdown of Mira (Jessica Chastain) and Jonathan (Oscar Isaac). It’s gorgeously executed, deftly updated (the gender roles are reversed and the wife wants out) and powerfully acted. So why did I end up drumming my fingers on the chair arm, wishing one of them would develop a convenient brain tumour to hasten the lovelorn end?

I’m generally not averse to an over-chatty relationship drama, and creator Hagai Levi (The Affair; In Treatment) knows his way around those. Mira and Jonathan’s existential crisis is brewing from the start (her patrician boredom; his ruffled complacency), and as the episodes (all available to stream) unfold, there are times when Scenes, filmed mainly in one increasingly stifling home, brilliantly captures the emotional suffocation of both toxic, long-term relationships and post-relationship vacuums; those no-exit mazes of microaggression, explosions, childcare haggling and sullen self-justification. 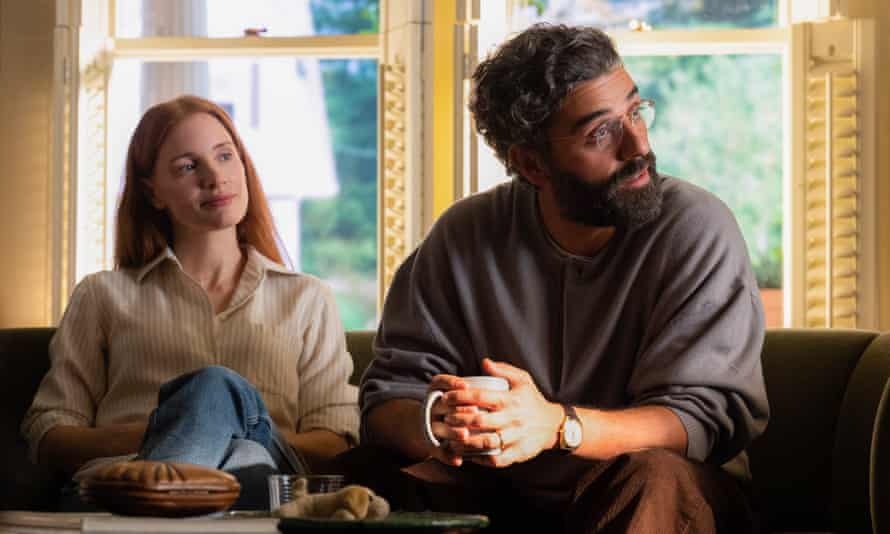 This modern take suffers from the fact that divorce is no longer taboo (viewers will be thinking: “Jeez, just split, already!”), but other mistakes were avoidable, not least the affectation of showing the real-life cast and crew setting up/signing off, which becomes an Inside the Actors Studio-style cringe. The drama itself evolves into a form of separation porn-slash-wish-fulfilment: who achieves (or even wants?) this state of hyper-eroticised divorce? Ultimately, you become a bit sick of Mira and Jonathan’s uber-therapised upset, their self-absorbed Great Love. You end up wondering whether they are true soulmates, or just trauma-bonded beyond redemption. Christ, you think, move on, but, alas, they won’t.

Despite the nod to Tarantino in the title, Reservation Dogs, the new eight-part comedy series on Disney+, about an indigenous American teen gang in Oklahoma, owes rather more to the Coen brothers and the “hood” urban cinema genre. Created by the prolific Taika Waititi (Hunt for the Wilderpeople; What We Do in the Shadows; Jojo Rabbit) and Sterlin Harjo, featuring an almost entirely indigenous cast and crew, Reservation Dogs is based in an 8 Mile-style slum-scape of pimp rolls, battered dwellings and barking dogs. Early in the opener, it’s clear that the shambolic petty thieves are good kids at heart, just trying to earn enough to decamp to California. The first bout of “violence” is a slo-mo, surrealist paintballing by rival teens, which leads to gang leader Bear (D’Pharaoh Woon-A-Tai) having visions of a ghost warrior who was squashed to death by his horse at the Battle of the Little Bighorn: “The spirit world: cold. My nipples are always hard.” 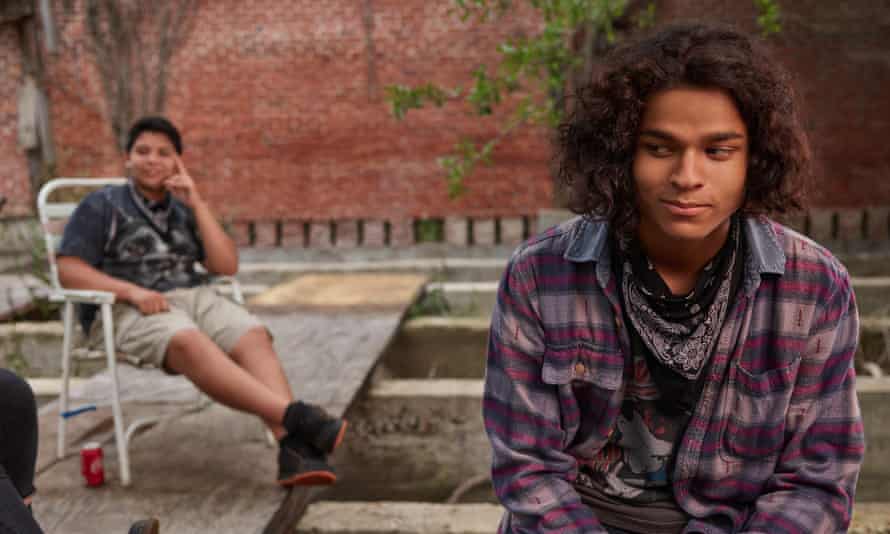 Reservation Dogs is subtle, eccentric and imbued with a goofy sweetness about indigenous American life, friendship and small-town desperation. It’s damn funny too – of course it is: Waititi is fast shaping up as a leftfield Midas, intent on creating mainstream comedy gold. These dogs are not to be missed.

What else I’m watching

Who Do You Think You Are?
BBC One
You thought nothing could beat Danny “I’m treating myself to a ruff” Dyer’s connection to Edward III? Wrong! In the opener of this 18th edition of the ancestry series, Josh Widdicombe is revealed as being related to Henry VIII. 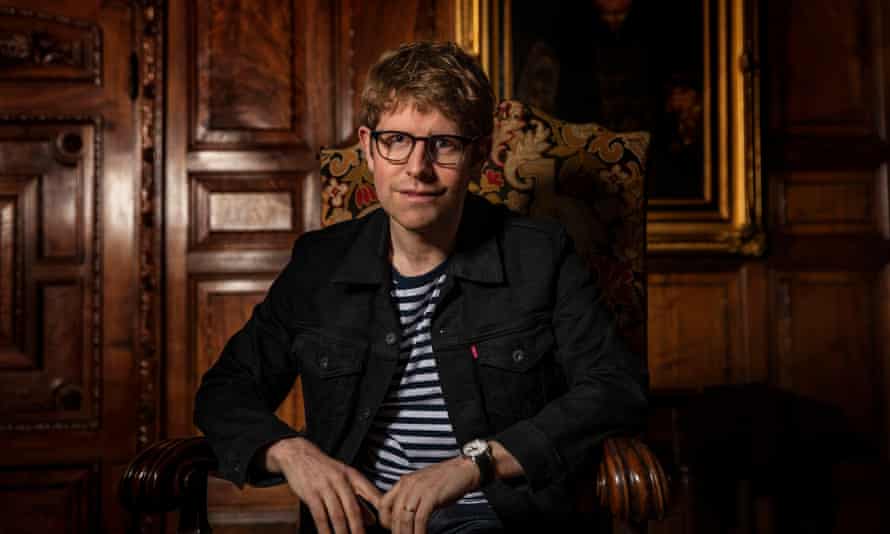 Josh Widdicombe at Hever Castle in Who Do You Think You Are? Photograph: BBC/Wall to Wall Media Ltd

Guilt
BBC Two
A second series of Neil Forsyth’s intense, convoluted but enjoyable Scottish thriller, starring Mark Bonnar. In the first, two brothers were embroiled in covering up a hit-and-run. Now it’s all about exacting revenge on a criminal.

I Know What You Did Last Summer
Amazon Prime
With Halloween almost upon us, here is a new TV series based on the 1997 teen slasher. Teenagers are haunted by a fatal car crash on their graduation night – and soon enough, photogenic young people start coming to grisly ends.