THE Stranger ended with a HUGE twist that has left fans begging for a second series of the Netflix show.

The thrilling eight-episode mini-series, based on the Harlan Coben novel of the same name, concluded with some explosive revelations and the potential for season two. Here's the ending explained...

The show follows the lives of seemingly happy suburban families whose secrets and lies are made public by the appearance of a stranger.

Husband Adam Price is left stunned when the stranger tells him his wife faked her last pregnancy, which she had claimed she had miscarried.

There are many twists and turns across the series leaving you questioning each character after each episode.

The main mystery is the identity of the Stranger – played brilliantly by actress Hannah John-Kamen.

We see the Stranger repeatedly appear out of nowhere to reveal the deepest darkest secrets of various characters' nearest and dearest - setting off a chain of disastrous events.

Her identity is finally revealed in the penultimate episode – when viewers find out her real name is Christine Killane and is the daughter of Martin Killane (Stephen Rea).

She just so happens to be a professional blackmailer - digging up people's dark secrets and demanding money from them so they don't get out.

It had earlier been revealed that Martin had killed his wife when she threatened to leave him, and the big twist is that the victim was the Stranger’s mother. 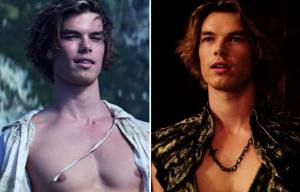 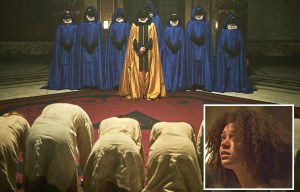 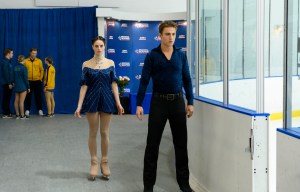 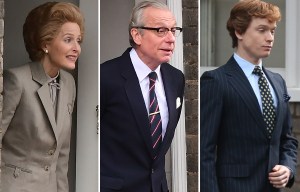 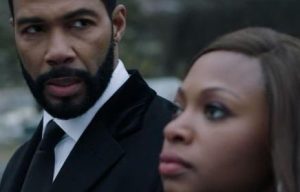 TILL DEATH DO US PART

However is gets even more juicy in the final episode when it's revealed that although she had been brought up as Killane’s daughter, Christine’s real dad was none other than Ed Price (Anthony Head), who had been cheating on his wife with Martin’s wife.

Then ultimately we learn that the Stranger is the half-sister of the series’ main character Adam (Richard Armitage).

In the very last scene of the series, we see the characters six months into the future.

Johanna approaches Adam at his son’s football match and it turns out she had helped Adam cover up the murder of Tripp - setting up Katz for the crime in addition to killing Heidi.

Fans that have tuned in are convinced this ending perfectly sets the scene for a second series.

The Stranger is streaming now on Netflix.

There are eight episodes in total with each one lasting between 45 to 50 minutes so you can binge watch the entire series in one go.

Cavani is still without football: he hunts hares and wild boars at night, does ballet, reloads on fishing
A macaw parrot sat on the head of a Brazilian soccer player during a training session
Mount about Kep: We will protect it. We all make mistakes
Real Madrid offered to sign Cavani
Juventus want to rent Morata for 10 million euros with a 45 million buy-out option
Suarez has agreed a 2-year contract with Atletico. The club must first sell Costa
Gundogan was infected with coronavirus, he is isolated for 10 days. City play Wolverhampton today
Source https://www.thesun.co.uk/tvandshowbiz/10892612/the-stranger-ending-explained-netflix/

Welsh rugby's winners and losers as Dragons get reality check

ADVERTORIAL: Why Newcastle Preparatory School is the perfect choice for your child's future...

Labour's new message? It's tougher than the Tories on public spending