MILLIE Bobby Brown boasts legions of celeb friends, an £8million fortune, and a new starring role in a blockbuster movie – and she's still only 16.

Now the Stranger Things star, who is mates with the likes of Drake and Ariana Grande, will hit screens once again in Netflix's Enola Holmes.

After playing Eleven on 80s-themed Stranger Things, Millie is now going even further back in time to star as Sherlock Holmes' teenage sister alongside Helena Bonham Carter.

It's the latest leading role in her staggeringly successful acting career, which began just seven years ago and has catapulted her to super-stardom.

Along the way, she's dated sports star's kids including Romeo Beckham, along with internet celebrities, and has amassed a personal fortune estimated to be worth around £7.8million.

And she's also forged friendships and won the admiration of some of the most famous people on the planet including Miley Cyrus and Taylor Swift.

"The secret to Mill’s charm is that she’s so charismatic – like any true star your attention naturally goes to them when they walk into a room – it’s a raw talent you can’t create," an industry source tells The Sun.

"And she’s humble, pretty rare in the showbiz world, she’s so grateful to the team who support her and Netflix for changing her life.

"But that’s married with plenty of playfulness and silliness, she loves to dance to mess around. What’s not to love?"

Spanish-born Brit Millie has already had relationships with two other big name celebrities.

The Sun revealed that she was dating Romeo Beckham last year – and mum Victoria Beckham was said to be smitten with her too.

Millie, who is a year younger than Romeo, first got introduced to his family in December 2016 when she presented an award with David Beckham at charity Unicef’s 70th anniversary gala.

On the red carpet, the teen star also publicly declared her interest in Romeo.

Asked what her hopes were for her Stranger Things character, Millie joked: "I don’t know. Something with Romeo Beckham.”

When news of their blossoming romance broke in 2019, a source told The Sun: "It’s early days but they make a very sweet couple.

"Posh has given it the seal of approval as she is a big fan of Millie’s.”

However it seems the relationship just wasn't meant to be, with Romeo moving on with model Mia Regan later in the year.

The pair were first linked back in October 2017 but Jacob posted a video saying they'd gone their separate ways in February last year.

And in January, it was revealed that Millie had moved on with Joseph Robinson, 17, son of England rugby legend Jason Robinson.

The pair were said to have met in the Maldives at a £1,580-a-night resort and their romance was confirmed via loved-up snaps shared online in January 2020.

But sources claim the relationship was strained by Millie's hectic schedule filming in the US and Joseph's playing timetable for Wigan Warriors rugby league team in Lancashire.

A friend of the couple confirmed that their relationship appeared to have ended last month after they severed ties online.

Adored by the great and good

It's not just romantic suitors who love Millie – who now also boasts a string of diehard A-list fans.

Since being nominated for an Emmy aged just 13 for her stunning performance in Stranger Things, celebrities like Ariana Grande and Niall Horan have been queuing up to pay her compliments.

One Direction's Niall tweeted her to say: "Congratulations darling, you were fantastic" after he'd binged the 80s-themed show.

And Ariana Grande filled up Millie's DMs when the Rain On Me singer saw Mille's dress at the Golden Globes two years ago.

"Sooooooo fly and like yes to the black and like yes proud gorgeous stunning bye," Ari wrote to the then-13-year-old Millie.

But perhaps her most infamous celeb connection is with Canadian rapper Drake, who struck up a friendship with Godzilla star Millie after they met in Australia in 2017.

She even publicly defended their "lovely" friendship when some fans passed comment on the propriety of the rapper texting a girl 17 years his junior.

"U guys are weird... for real," she wrote. "I'm lucky to have people in the business extend their time to help me further my career and offer their wisdom and guidance.

"I'm very blessed to have amazing people in my life. U don't get to choose that for me."

Those with inside knowledge on Millie's amazing ascent agree, arguing the affection of A-listers has helped her.

"She’s picked up a massive celeb following who all fall in love with her and have this parental like feeling a protective vibe – to see this girl with incredible talent, a work ethic and also a lovely personality – they all want to support her and make sure she doesn’t get misled in a brutal industry," a pal tells Sun Online.

"They want to protect her and promote her, as most of them see a lot of themselves in her.

"But their guidance has been invaluable in helping Millie. Drake has been somewhat of a mentor to her, they text regularly, and he gives her strong advice."

Not that she needs any advice, having become a multi-millionaire before being old enough to legally buy a lottery ticket.

In her brief career, Millie already boasts roles in hit TV shows like Once Upon a Time and Grey's Anatomy.

And she also allegedly made a cool $1million (£780,000) for her role in Godzilla: King of the Monsters last year.

But Millie's not just been lavished with cash for her stellar acting.

She's won armfuls of accolades too, including being the youngest person on Time Magazine's list on the world's 100 most influential people in 2018.

That was the same year she became the youngest person ever to be appointed a Unicef Goodwill Ambassador, aged just 14.

The philanthropic role, which involves supporting the charity's humanitarian aid for kids work, is also filled by the likes of Orlando Bloom, Vanessa Redgrave, and David Beckham.

"She takes her responsibility as a role model very seriously she chooses her projects ever so carefully and she actively wants to support girls and be the right influence and a force for good," our source says. 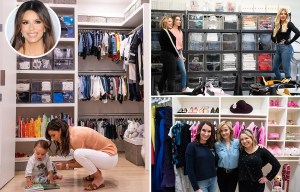 Why celebs have gone colour code mad with their home transformations 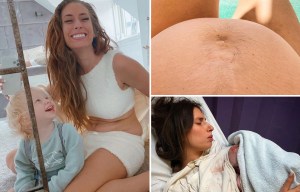 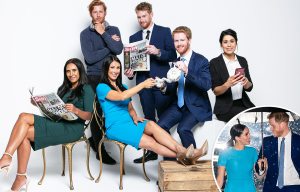 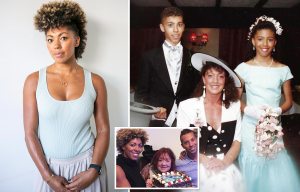 I couldn't stop my alcoholic mum trying to take her own life, says Dr Zoe

"You can see that’s why so many teens adore her, she uses her platform to be a voice for others and the message she wants to share – kindness and positivity.

"But she’s not stopping there, she has an incredible voice, she can really sing.

"She loves music and while she’s very much focused on acting for now, watch this space, we can expect very big things from her in the not so distant future.”

Naumov about the defeats of Zenit, Loko and Krasnodar in the RPL after the Champions League: Lack of professionalism in the players and the ability of the coaches
Ronaldo violated the coronavirus Protocol. An investigation is underway. Italian sports Minister on the departure of the player from Turin
Sports Director of Khimki about 2:0 with Rostov: We proved that we are a team and can win on the road
Jaka defeated Arsenal and Leicester did not create anything except the goal. We will try to take points from Manchester United
Pirlo about 1:1 with Verona: Juve do not need a slap in the face to Wake up and play intensely
Everton and Liverpool in the top 2 at the end of the round in the Premier League for the first time in 27 years
Arteta about 0:1 with Leicester: I Don't know why the hell our goal was canceled. It is difficult to create space when 10 people are sitting behind the ball line
Source https://www.thesun.co.uk/fabulous/12735528/millie-bobby-brown-enola-holmes-romeo-beckham-drake/