The Question Time leaders’ special: our panel’s verdicts | The panel

Owen Jones: There is new hope Labour can turn fortunes around 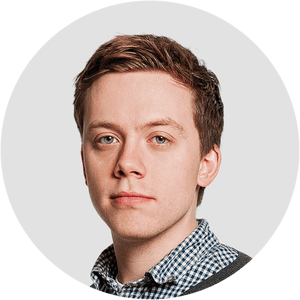 Here’s advice to any prospective prime minister: don’t mess with Sheffield. Each party leader faced Yorkshire’s no-nonsense scrutiny. Some of the lines directed at Jeremy Corbyn verged on the surreal: one audience member suggested a politician who was a serial rebel against New Labour’s authoritarian assault on civil liberties was a threat to freedom. Another criticised him for backing Bolivia’s elected Evo Morales against a military coup.

But the big takeaway was Corbyn declaring he would be neutral in Labour’s commitment to implement a referendum on Brexit. This should have come earlier: Corbyn should always have said that enough divisive prime ministers have sought to represent only one side of the Brexit split, that he needs to be a honest broker, that the country needs to be united. It finally came tonight: here was Corbyn’s most assured – and, dare it be said – prime ministerial performance.

Jo Swinson’s performance was a near-calamity. A campaign based on hubris, on treating Labour as a greater menace than the Tories and Corbyn as a bigger threat than Brexit, of not apologising for the Lib Dems’ complicity in Tory austerity: all collided with political reality. Nicola Sturgeon – Britain’s most effective politician – pulled off a typically solid performance, but the cause of Scottish independence depends on the triumph of Boris Johnson and Hard Brexit, and it showed.

As for Johnson, he was finally held to account for his offensive comments about Muslim women – which led to a 375% surge in Islamophobic hate crimes – and about black people and gay people. His attempts to draw a line after a decade of Tory rule (in truth, he is the continuity candidate) were savaged. Corbyn is the underdog, with huge odds stacked against him. But this was his best performance of the campaign– and gave hope that Labour can still turn its fortunes round.

• Owen Jones is a Guardian columnist 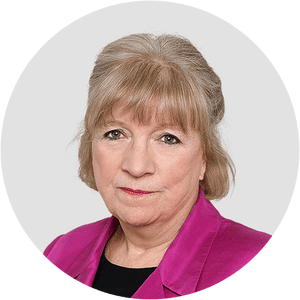 And the winner is … the one we can’t vote for as UK prime minister. Nicola Sturgeon showed how it should be done. For clarity, agility, intelligence – and likability – she swept the floor.

The bear-pit format revealed more in all of them than the ITV “debate” that wasn’t. But Jeremy Corbyn had learned a painful lesson from the groans over his refusals to say which side he would back in a referendum. He declared his neutrality: not ideal, but safe ground. It got Harold Wilson through the 1974 general election, though he switched to half-hearted remain come the 1975 referendum. This escape from Brexit freed him to make strong points well, at home on his manifesto turf.

Squashed and mangled was Jo Swinson, hoist on her own petard, squeezed between angry Labour voters and Brexiters against revoking. Here’s what matters: yet again her visceral attacks on Labour are dangerous when she needs their tactical votes. And Labour needs her to win seats they can’t. She just doesn’t have the subtlety to walk that line. Let’s hope tactical voters block their ears.

As for the prime minister, he looked surprised to be barracked on so many issues – from a killer opener on his view of truth, to his hidden Russia report and nine years of his party crushing the poor. A spiky audience elicited slippery answers on “affordable” housing and “new” hospitals. Ill-advised was his refusal to apologise for his racist writings.

Fiona Bruce’s knife-sharp picking him up on facts had him rattled. Compare the two contenders and Corbyn improved his standing – calm and serious in getting across his best manifesto points. But Johnson supporters will think no worse of their man, because they never do.

• Polly Toynbee is a Guardian columnist

Martin Kettle: Jo Swinson should be glad she missed the first debate 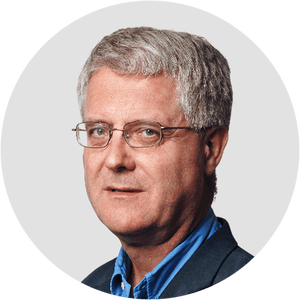 The difference between Tuesday’s Johnson-Corbyn head-to-head and Friday night’s one-by-one debate panel with four leaders answering audience questions proved to be vastly in the latter’s favour. The BBC’s two-hour session was far more serious, more penetrating and more revealing. In particular, in the light of the mauling that Jo Swinson got from the audience, the Liberal Democrats should reflect that they were lucky she was cut out of the earlier confrontation altogether.

The most striking continuity between the two sessions proved to be the audiences’ abrasive and impatient reaction towards Boris Johnson. The Conservatives may be ahead, and Johnson may have better leadership ratings than his rivals, but the Tory leader’s capacity to rile is striking. “There’s so much groaning here,” said the moderator, Fiona Bruce, at one point. The old idea that Johnson has reach-across appeal to voters is looking pretty threadbare in this campaign.

The Tories may win this election, but there is little love or respect for their leader out there. It is no surprise that his campaign prefers to hide him from the public so much. Unlike in the earlier ITV debate, there was at last some overdue attention this time to the future of the United Kingdom. Strikingly, however, there was again no serious questioning about Northern Ireland. It’s as if the place did not exist. Scotland, though, was centre-stage, this time because of Nicola Sturgeon’s involvement and because Jeremy Corbyn repeated his very important pledge not to permit a second independence referendum in the first two years of a Labour government.

Sturgeon tried to give the impression that this would be easily ironed out in any hung parliament talks. But she is wrong there. This is a massive and difficult issue. It should be firmly at the centre of the campaign debate, because it will be a dominant political question for whatever government is returned on 12 December.

• Martin Kettle is a Guardian columnist 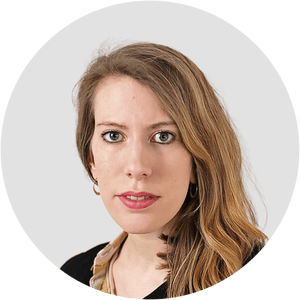 Tory strategists have cause for concern after the leaders’ Question Time – but it’s not because of Boris Johnson’s performance. The format was bruising for all sides.

The disastrous performance of the night was Jo Swinson’s. This is an issue for the Tories, as their path to a majority rests on Johnson uniting the leave vote while the remain vote stays divided. That means the Conservatives need the Liberal Democrats to retain a significant share of the remain vote come polling day.

But in last night’s session, Swinson floundered. The Lib Dem leader had a torrid time, attacked from all sides. She was criticised by Brexiteers and remainers alike over her party’s policy to revoke article 50 rather than simply push for a second referendum. The position has been a cause of concern among some Lib Dems since its creation. Tonight will have only increased nerves. A policy that used to appear a proportionate response to the imminent risk of no deal now appears extreme.

There was, however, cause for cheer in Tory HQ when Nicola Sturgeon took to the stage. Despite Jeremy Corbyn’s attempts to play down the chance of a Labour government granting a second independence referendum in the near future as part of a power-sharing agreement, Sturgeon suggested his words should not be taken too seriously as she could change his mind.

This has quickly been seized on by Conservative MPs in Scotland – it’s exactly the type of material they want in order to unite the unionist vote north of the border.

Barnes on Manchester United's fight for the Premier League next season: Nonsense. They are far behind Liverpool and Manchester City
Messi leaves Barca for at least the fourth time. For sure, everything will end up with a reconciliation and a new contract again
Atletico has introduced a new home kit. It is red and white with a blue collar
Milik agrees to move to Juventus. Napoli can get Bernardeschi or Pellegrini
Real Madrid players and coaches will not receive bonus payments if they win La Liga or the Champions League
Griezmann's sister will meet with Barca's management. They can discuss the player's transfer to another club
Jurgen Klopp: We are not thinking about next season, but about this one. There is much more to come
Source https://www.theguardian.com/commentisfree/2019/nov/22/question-time-leaders-special-boris-johnson-jeremy-corbyn

Investing in green jobs is called for by South Lakes MP