THE QUEEN made a secret nod to Meghan Markle and Prince Harry at the G7 summit in Cornwall with a very special brooch.

Her Majesty, 95, was seen at the Eden Project in Cornwall wearing her Millet Brooch, which has a poignant tie to the Duke and Duchess of Sussex.

The Millet Brooch was given to the Queen in 2007 by the President of the Republic of Botswana at the Commonwealth Heads of Government Meeting in Uganda.

The stunning gold accessory is shaped like a sorghum, also known as millet, which is the main crop of Botswana.

Royal fans were quick to link the Sussexes to the brooch, as Botswana holds a special place in Meghan and Harry’s heart because they headed there on their third date.

Prince Harry booked a stay at the £1,500-a-night bush camp Meno a Kwena in August 2017, buying two plane tickets from London to Johannesburg, before boarding a private two-hour flight to Maun International Airport.

The couple had only been on two dates at London’s Soho House's Dean Street Townhouse but were smitten with one another, excerpts from Omid Scobie and Carolyn Durand’s book, Finding Freedom, claim.

Prince Harry spoke of the Botswana trip in his BBC interview, and revealed: “I managed to persuade her to come join me in Botswana, and we camped out with each other under the stars."

Prince Harry previously told Town & Country in 2017: “This is where I feel more like myself than anywhere else in the world."

Botswana is so special to the couple, that the main stone in Meghan's engagement ring is from the African country.

The couple’s engagement was announced in November 2017, and the pair married in May 2018, before welcoming baby Archie the following May.

The couple stepped down as senior royals in March last year, and relocated to California, where they have since welcomed baby Lilibet.

During her G7 appearance, the Queen charmed the world by cracking jokes as she hosted a dinner for leaders at the G7 summit.

Joe and Jill Biden and Emmanuel Macron were left chuckling at Her Majesty's quips at the Eden Project indoor rainforest in Cornwall.

As they posed for a socially distanced group photo, the 95-year-old monarch asked the question possibly on all their minds.

She said: "Are you supposed to be looking as if you're enjoying yourself?"

The presidents and prime ministers alongside her could not help bursting into laughter, as Boris Johnson replied emphatically: "Yes!"

Following a day of heavyweight political talks, the power of "soft diplomacy" was put into action when three generations of the royal family gathered to welcome the leaders to Cornwall.

William and Kate are taking part in their first G7 events - another milestone in their progression as senior royals. 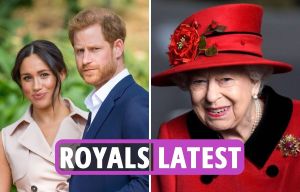 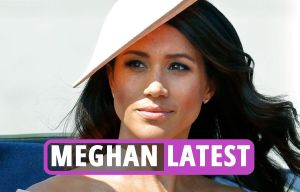 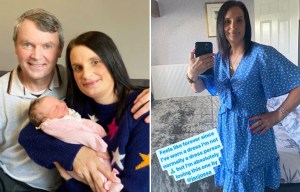 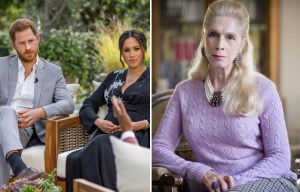 Harry is 'dumping' on Royal Damily and 'violating their privacy', claims Lady C 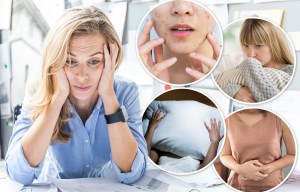 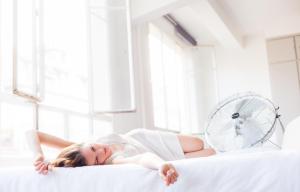 During the G7 visit, Kate told reporters how excited she is to meet Harry and Meghan's baby daughter Lilibet Diana.

President Biden shared his heartfelt condolences to the Queen and the Royal Family on what would have been Prince Philip's 100th birthday.