Chingford Sainsbury’s may be an unlikely setting for an encounter that helped capture a key part of British cultural history, but MC Navigator’s weekly shopping trip to his local supermarket would prove crucial.

Navigator, who was one of the leading figures in the jungle and drum’n’bass scene in the 1990s, bumped into Uncle 22 – another important player – who had been under the radar for years and was picking up some bits with his mum.

“We’re in Sainsbury’s walking around and Navigator comes running towards me because he obviously feels this is important,” says Uncle 22, whose real name is Desmond Fearon.

The urgency was fuelled by an archival project – commissioned as part of Newham Heritage Month – which focused on De Underground Records in Forest Gate, a shop that was central to the development of jungle and drum’n’bass and opened in 1991.

Fearon, along with owner Mike De Underground, his brother Cool Hand Flex and DJ Randall, was a missing part of the story that would be told in podcasts, visually and oral histories conducted by Rendezvous Projects.

The Newham project is the latest in a growing movement of archiving and capturing forgotten or underrepresented jungle and drum’n’bass history.

In an article about the genre’s development, music writer Simon Reynolds said that by 1994 jungle had been “banished from the media” but that the scene thrived thanks to a “self-sufficient network of small labels, specialist record shops, pirate radio stations and clubs”.

For Katherine Green, who is part of Rendezvous Projects – which also looked into the rave scene in Waltham Forest – it is those under-represented parts of the genre that she is interested in.

“I think it’s harder for communities that are from disadvantaged backgrounds financially and socially to establish that history,” says Green. “You always get people that have more power and influence telling that story.”

Other groups that are preserving the genre’s history include Black Junglist Alliance, while films like Rollo Jackson’s Tape Crackers and releases such as Death Is Not The End’s London Pirate Radio Adverts 1984​​-​​1993 have recently shone a light on less publicised parts of the music’s history.

Julia Toppin, a jungle historian and broadcaster, is another important figure in the archiving drive and has focused on researching the role black women have played in jungle’s history.

“There were loads of women in the scene but those contributions have not been appropriately documented. The women that were working in the background, the agents, the managers – all those things have been missing,” she said.

Toppin says jungle archiving projects are crucial because they go beyond the often one-dimensional, male-led current history we have of the genre which would mutate into drum’n’bass and become a worldwide phenomenon.

“People have suddenly realised that ‘hang on a minute, we didn’t stop to document our contribution to culture’,” she adds. “When it comes to women, there’s always like one or two: people mention Kemistry and Storm or DJ Flight, but even she has talked about feeling erased.”

Nia Archives, a 21-year-old musician from Leeds, is part of a new wave of artists including DJ Sherelle, Tim Reaper, Harmony by Origin8a and Propa, and Bristolian Dead Man’s Chest who are breathing new life into jungle, 30 years after its initial heyday. 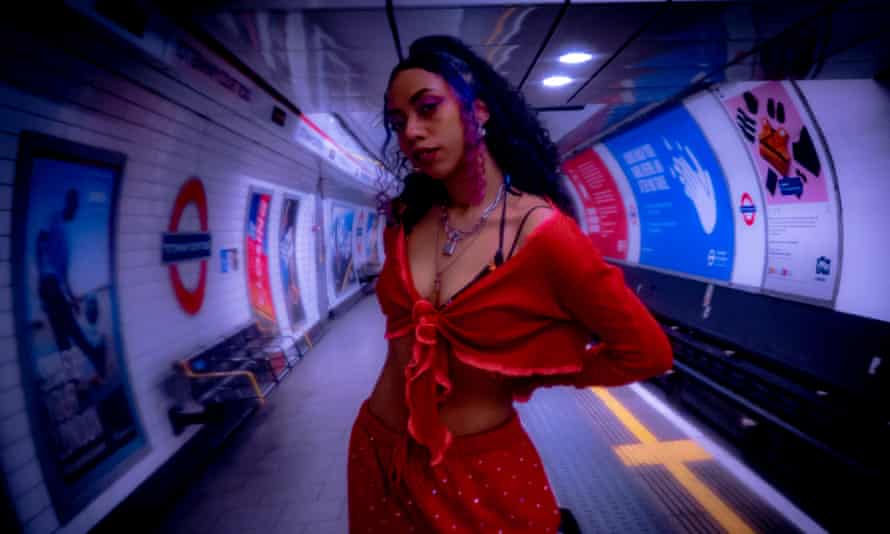 Archives’ productions are inspired in part by the music her grandmother would play, which included jungle, lovers’ rock and hip-hop – with her own music videos using camcorder footage that gives it a 90s nostalgia feel.

Archive says she watches jungle and drum’n’bass documentaries for inspiration and says artists such as Breakage, Remarc and Mercury prize winner Roni Size are touchstones for her work. “It’s not only just the music, I love the culture as well. Jungle is music of black origin for me, and I want to bring it back but with a new 2021 version,” she said.

Toppin is writing about the history of jungle from a black female perspective and believes more funding needs to be directed toward ensuring cultural histories are preserved. “When you look at the research bodies, we barely have anything. It’s incredibly, incredibly difficult for black students to get PhD funding,” she said.

Fearon adds that more projects like the one about De Underground Records will only uncover more artists and people who have been forgotten but who played a vital role in the development of British dance music. “There are more of us,” says Fearon.

“We should all have a little page in history.”

Major road closed due to crash and oil spillage