NETFLIX Original fans have voted their top 10 saddest deaths of all time on the popular streaming service.

Telly lovers all over the world have been asked by online marketplace OnBuy.com which character's departure they just can't seem to get over.

Out of 3,180 Netflix fans, 54% of them rated Poussey Washington's death in Orange Is the New Black's the biggest tear-jerker.

In second place 42% of those surveyed voted Hannah Barker from 13 Reasons Why as second saddest, which was closely followed by 40% of Netflix fans voting Naorbi's death in Money Heist as a bit of an emotional roller-coaster.

The likes of Ratched's Huck Finnigan and Stranger Thing's Barbara Holland deaths also made the list.

So here's a look at what characters made the top 10...

Fans of the popular comedy-drama television series were left heartbroken at the end of season four when Poussey was suffocated by CO Bayley during a peaceful protest in Litchdale prison's cafeteria.

The cannabis dealer, played by Samira Wiley, died at the end of series four after being restrained in a peaceful demonstration against Captain Picatella's harsh treatment.

The loss of the much-loved character hit home with fans and a Poussey Washington Gofundme page was set up to raise awareness that it also happens in real life.

The troubled girl - who is portrayed by Katherine Langford - decided to take her own life at the end of season one of the popular American teen drama.

After a list of awful things that happen to her including being bullied, dealing with people talking behind her back and failed relationships, being sexually assaulted Bryce Walker was the final straw for the teen.

She approached her school counsellor for help but it wasn't enough as one day she ran a bath and decided to self-harm, where later her parents found her and sadly died of blood loss. 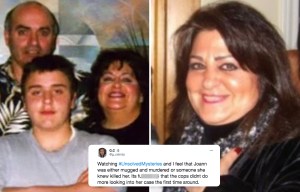 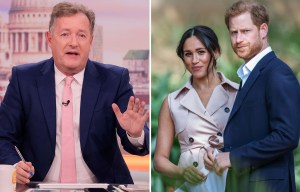 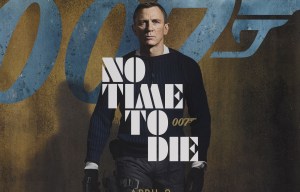 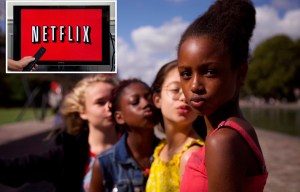 Netflix cancelations 'spike by 800 PERCENT' over backlash to Cuties movie 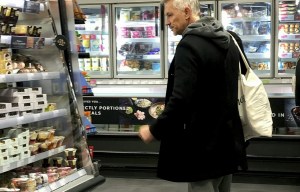 How to dodge financial penalties like maskless Gary Lineker and save up to £2,500

She lost her life after being shot in the head at the end of season three, she was saved, but was later killed in the next series.

Barbara 'Barb' Holland, who was played by actress Shannon Purser in the science fiction horror series, was killed by the Demogorgon in the Upside Down.

The fate of the student at Hawkins High School was one of the key story lines in the breakout first series of the popular show and her best pal Nancy doesn't think she was even killed.

Although her death was confirmed at the end of season one when Eleven travels to the Upside Down to try and find Barb (and Will).

The clever chimpanzee was killed by the White Violin trying to protect Number Five.

The Princess of Creyden, played by Emma Appleton in the Netflix adaptation of the book died in the exactly the same way as the novel - during a fight with Geralt in Blaviken.

Viewers of the comedy-drama series had to come to terms with a serious death in the first episode - River Barkley.

At the beginning of the episode fans see River (David Corenswet) with a gun pointing towards his head and then by the end of it, he uses it to kill himself because he can't deal with the pressure of being up against Payton Hobart for class president.

After the arrival of Nurse Milred Ratched, Huck began to progress in his career as a nurse - which he often struggled to do because of his disfigurement.

He soon becomes very pally with Nurse Ratched and after being promoted to Head Nurse, he was shot dead by patient Charlotte Wells, who had multiple personality disorder.

Cottonmouth - who was portrayed by Mahershala Ali in the popular series - was kille by his own flesh and blood in episode 7.

His cousin Mariah Dillard decided to push him through a window out of pre anger. 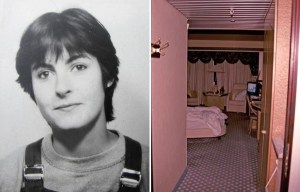 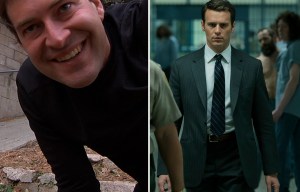 The 40 best thrillers to watch on Netflix right now 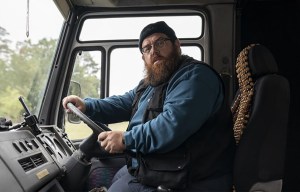 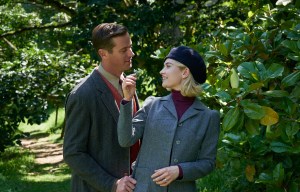 Is Rebecca on Netflix a true story and is it based on Jane Eyre?

Hope was sadly raped and made to kill her own parents by Kilgrave, which made Jessica Jones want to prove her innocence.

Jessica managed to capture the evil man to make him confess but Hope decided to take her own life as she knew she would always try to avoid killing him.

When she pulled the gun on herself Hope asked Jessica to put an end to Kilgrave.

Napoli stadium renamed in honor of Maradona
The 2021 club world Cup will be held in Japan at the end of the year. 7 teams will play in it
De Bruyne - best attacking midfielder of 2020, Kimmich-Central, mane-winger (ESPN)
Ze Luiz was named the best player of Lokomotiv in November
Zidane has four sons - all football players. How are they doing?
Ronaldo is the best Serie A player in November. He scored 5 goals in 3 matches
PSG assess the option of signing Messi in the summer (ESPN)
Source https://www.thesun.co.uk/tv/13025104/tear-jerking-netflix-deaths-orange-is-the-new-black/

Israel arrests man who doused inside of church with fuel

If this pandemic teaches us a lesson, it’ll be to think harder about who we sneeze on

Tottenham vs Arsenal betting offer: Get 20/1 boost on ONE GOAL to be scored in north London derby with William Hill

Driver, 22, celebrates with champagne in Snapchat vid after being cleared of crash that killed pal

US in talks to resolve case of arrested Huawei finance chief

Eamonn Holmes slams This Morning viewers over how to say 'Primark'

What exactly is thundersnow and how common is it?

Everything Gary Neville said about Liverpool and Jurgen Klopp

Woman who kept slave under stairs allowed to reunite with child

Billy Joe Saunders vs Martin Murray: Back BJS to win at 20/1 with William Hill offer

Lessons from Ivan Toney, the striker NUFC got wrong

Beautiful new angel wings you can see in Liverpool this month

Woman, 82, tricked by fake workman whose mate ran in to her house

I'm A Celebrity could remain at Gwrych Castle next year, says ITV boss

Kerr looks for quick response as United head to Alloa

Brentford vs Blackburn Rovers: How to watch, key battles and predictions for Championship clash

Courtney Act: ‘The funniest person I know is not Bianca Del Rio’

US jobs market recovery slows amid surge in Covid-19 cases