Adapted from Margaret Atwood’s dystopian novel, the Hulu series imagines a world in which the US is known as Gilead, and women are raped and forced to bear children for the rich and powerful.

The show was renewed for a fourth season in July 2019, with production beginning last March. However, filming had to be halted after only a few weeks due to the pandemic.

Here’s everything we know about The Handmaid’s Tale season four... 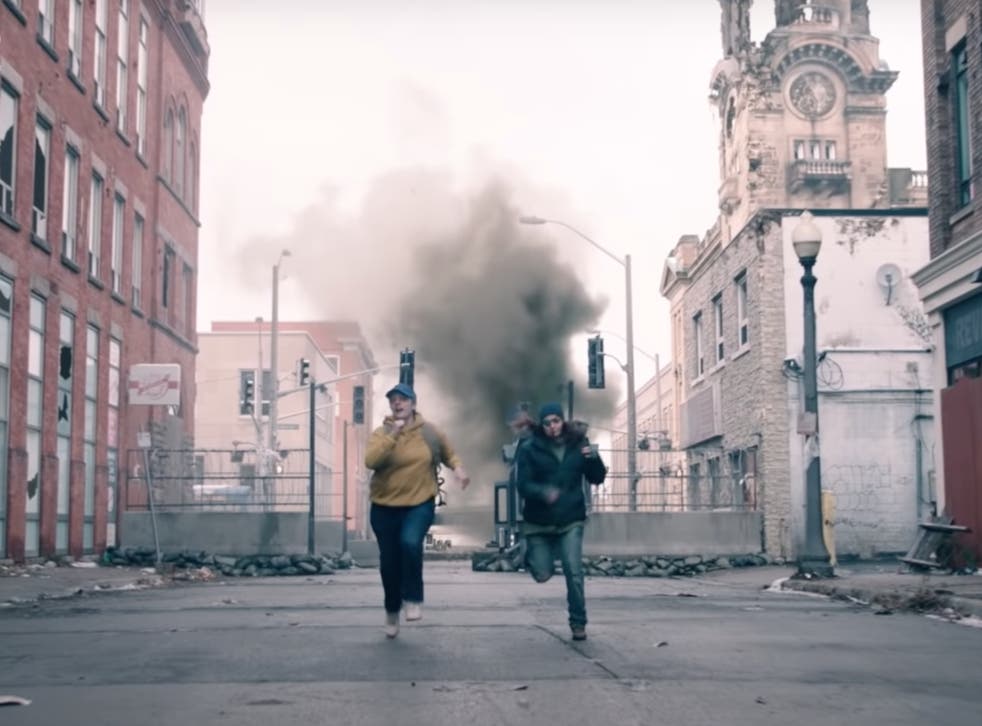 June and Janine make their escape

When is it airing?

The fourth season of The Handmaid’s Tale is coming to Hulu on 28 April, where it will be available in the US. The first three episodes of the season will initially be released, with episodes then airing weekly.

The episodes are expected to follow on Channel 4 soon after.

The Independent has contacted Channel 4 for confirmation of a UK release date and will update this article when it’s announced.

What is the plot?

*Spoilers for season three below, you have been warned!*

The end of season three showed June (Elisabeth Moss) being shot by a soldier while helping a plane full of children escape from Gilead.

However, June is found by her fellow handmaids, including Janine (Madeline Brewer), who carry her out of the woods.

The trailer then shows June as a member of the resistance, who even attacks Ann Dowd’s Aunt Lydia at one point.

At the same time, a war is bubbling throughout Gilead, with global sanctions mounting against the nation and violence running rife throughout the country.

Who’s in the cast?

Elisabeth Moss will once again star in The Handmaid’s Tale as June/Offred, a handmaid trying to escape from Gilead.

The Handmaid’s Tale comes to Channel 4 later this year.