SEASON 3 of ABC’s The Good Doctor airs its disaster-filled finale part 2 tonight, and star Will Yun Lee warns “everyone is in danger.”

The actor, who plays Dr. Alex Park, opened up to The Sun about what fans can expect from episode 20, including what he could share about who possibly dies.

Promo trailers have been teasing that “not everyone will survive,” and last week’s part 1 set up that outcome by putting all of the doctors at St. Bonaventure hospital in peril.

At the end of the first part of The Good Doctor’s finale, Park was trying to save a crushed teenager, Casey (Bentley Green), who reminded him of his own son, Kellan (Ricky He).

While Will wasn’t able to give specific details about the effects of the earthquake, he revealed: “All I can say is that it will help him grow as a person and father but will have rippling consequences for his journey.”

He continued: “My son has become a big part of the last 3 episodes of my character’s journey and where he will go.

“It makes him question a lot of things about love, work and family.”

Ricky first appeared as Park’s son in a couple episodes mid-way through season 2 and recently showed back up in town in season 3, giving fans a better look at Park’s personal life and his bond with his son.

The two had a heart-to-heart conversation a couple episodes back about being honest with each other, being there for each other and how their relationship can improve.

Will explained that it was easier to do these heavier, more emotional scenes because he “loves working with Ricky,” which also helps their onscreen chemistry.

He added: “Super talented, kind actor. Our chemistry was instant because we both have a huge love for martial arts. So in between takes, that’s pretty much all we talked about.”

Meanwhile in the finale, Shaun’s (Freddie Highmore) trapped in a flooding basement, Morgan’s (Fiona Gubelmann) putting her still-healing hands at risk and Melendez (Nicholas Gonzalez) is suffering from his own injuries.

All of the characters are in danger of dying or losing someone they care about, but Will promises fans will get answers to that, as well as season-long questions about everyone’s career and romantic futures.

The actor, who also stars on Netflix’s Altered Carbon, said: “There will be some closures and answers about what fans have been wanting to know all season. 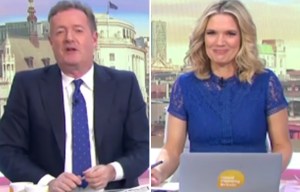 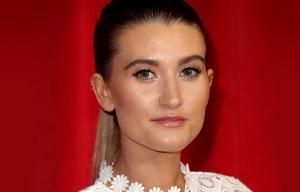 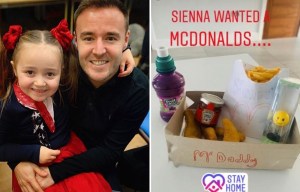 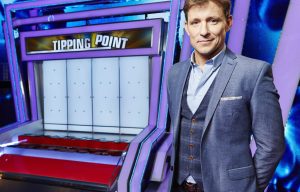 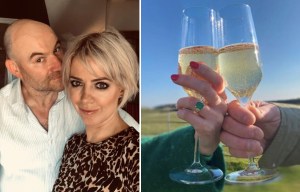 “But there will also be some things that will be season-end shockers.”

Will added: “I wish I could answer [the] question about Park’s future. Fans of the show will have to tune in to see what happens.”

Tiago started training in the General group of Bayern, Luca Hernandez is engaged individually
Arsenal on the death of George Floyd: We are against racism
Marc-Andre Ter Stegen: there Is no chance that I will leave Barca this summer
Gattuso's sister died at the age of 37. Milan expressed its condolences
Dele alli's life is a family drama. At the age of 13, he left for another family and has been ignoring his biological parents for many years
David Luiz's agent: the Chances of him being at Arsenal next season are very high
160 people in La Liga and Segunda were found to have antibodies to the coronavirus
Source https://www.thesun.co.uk/tvandshowbiz/11290058/the-good-doctors-will-yun-lee-opens-up-about-how-everyone-is-in-danger-in-the-season-3-finale/

Police and firefighters called as paraglider crashes into power lines

A 'free' version of the WWE Network is now available

McDonald's new opening times as drive-thrus across the UK reopen

Best wearable tech worth investing in for 2020

Changes at Tesco, Asda, Aldi & Co-op which will affect shoppers

I love teaching, but seeing kids back in my classroom makes me feel scared

Black Lives Matter protests: When are the demonstrations in London, Manchester and Birmingham?

Can Brits travel to Spain and France this summer and what is the current advice from the Foreign Office?

BAME report in FULL: How to read PHE’s report on BAME people more affected by coronavirus

Dismantling democracy – the right to be entertained

What were George Floyd’s autopsy results and why is there two different reports?

8.7million Brits now on furlough amid warnings of imminent redundancies

Americans vote in primaries amid Covid-19 and mass protests

Rutherglen motorist arrested after her car collides with lamp post

Join Live Active Leisure on a virtual challenge around the world

Extend the eviction ban: The government must act to prevent a new wave of homelessness

How Liverpool's Ivy restaurant could look after plans approved

Pigeon racing becomes first sport to return to England as 4,000 birds take flight with football, golf and F1 to follow

Less! Less! Less!: How the miniseries took over television

Brazil’s leading football clubs split on a restart with the coronavirus death toll approaching 30,000 with peak to come

'This is a nation of values': Biden hits out at Trump threat to crush protests and mocks him for 'brandishing' Bible