THE Bay actor Morven Christie has sparked a showbiz whodunnit after revealing she was bullied by a male co-star during a months long shoot on a different show.

The popular performer – who played Detective Sergeant Lisa Armstrong in the ITV crime drama series – revealed the incidents took place on set five years ago and had an enormous impact on her.

Now the entertainment industry is speculating as to the identity of the Mr Guilty Morven, 39, has so far declined to name.

Last night one showbiz agent in the north of England told us: “It’s like a showbiz game of Cluedo.

“Morven has starred in some of the biggest shows on telly in recent years so everyone is speculating that some big-name star is the guilty party.

“But it could also be a lesser known, supporting actor who was making her life a misery. She is very brave to speak out.”

The Bay favourite spoke out in the wake of a welter of serious allegations against BAFTA Award winner Noel Clarke.

Scots-born Morven told showbiz industry magazine Variety: “The onus remains on the victim to report, and the focus after doing so is protecting the production legally, rather than accountability for perpetrators, who continue to flourish.”

She alleged she was the victim of bullying on set where she was targeted by a male co-star.

“I’ve personally experienced this all the way up to broadcaster executive level and the impact is still with me five years later. It destroyed my confidence,” she said.

She added: “It feels like a protection racket for powerful men. They’re not secrets. No one is surprised. My greatest disappointment is that they’re accepted, covered up, excused, protected and — in more cases than just [Noel Clarke] — rewarded.”

BAFTA has been lashed for handing Clarke the award for Outstanding Contribution to British Cinema despite being made aware of the allegations through anonymous emails two weeks before the ceremony in April.

The charitable institution — which did not receive first hand allegations directly — waited another two weeks, after the first slew of allegations were published through on-the-record interviews in The Guardian on April 29, to rescind his award and remove him from its membership.”

“I believed in BAFTA post #MeToo and the incredible work they’ve done around inclusion,” Morven added. 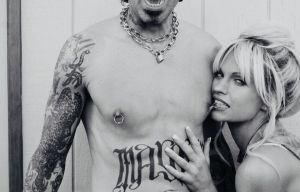 Pam and Tommy cast: Who is in the Hulu series?

Jupiter’s Legacy release date: What time will it be on Netflix? 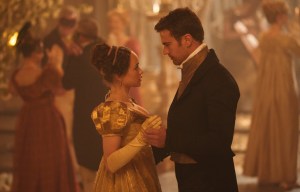 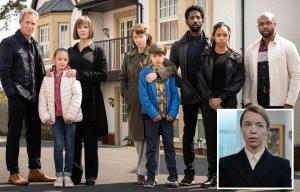 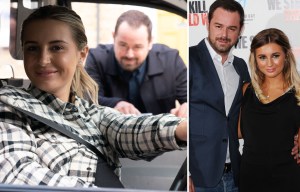 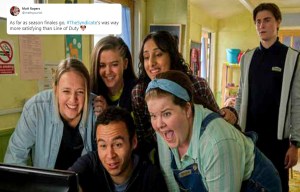 The Syndicate fans praise finale as 'better than Line of Duty'

“That change moved me to my soul, so this broke my heart. My immediate reaction was that I wanted to hand back my membership.”

Samantha Lawrence, managing director of Made in Chelsea producer Monkey Kingdom, says there has to be “a zero tolerance policy” to harassment and bullying, but the industry is stuck in the past.

“There is still old school behaviour that’s learned, and so we just have to keep pushing those barriers,” she told Variety.

“If the behaviour is wrong, then we have to do something about it and we have to stop worrying about ‘what if we lose that show?’ or ‘this person will be p***ed off.’”

Harry Maguire to return to England squad against Scotland