A 'TERRIFIED' woman has told how she returned home after three months away to find mutant potatoes had invaded her kitchen.

Donna Porée, 22, discovered the alien-like spuds with their metre-long tentacles after spending lockdown with her boyfriend.

She bought the £2.25 (€2.50) bag of potatoes from a supermarket in March with the intention of cooking them for dinner.

But when lockdown restrictions were announced she fled her flat in Caen, France, to quarantine with her boyfriend, leaving the veg under a kitchen shelf.

On returning home three months later, she was horrified to find the bag had grown tentacles and spread itself across her small 22 sq. metre flat.

Communications manager Donna said: “As I opened the front door, I noticed a strange shape at the back of the kitchen.

“As the light was off and shutters down, I didn’t realise it was the potatoes.

“It was only after opening the shutters that I took note of this extraordinary sight.

“I was terrified at first, but after realising what it was I laughed a lot and shared a video of the plant on Snapchat.

The potato plant’s shoots had pierced through the seal attaching Donna’s kitchen worktops to the apartment’s wall.

And despite the saga, Donna has not been put off potatoes and will continue to cook them in the future.

She has even planted the off-cuts in her vegetable patch and hopes they regrow. 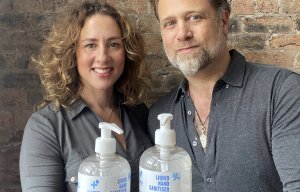 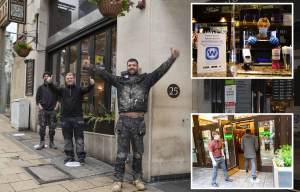 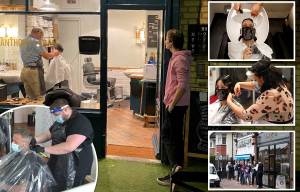 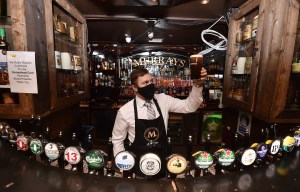 She said: “I wanted to extract the bag of potatoes from the counter-top seals, but it wasn’t easy.

“The shoots had fixed in place in the joints and were difficult to remove.

“I ended up having to cut some of the shoots out with scissors and I had to fill in the holes they made.

“I replanted the potatoes in my vegetable patch and today they’re growing once again.

“I’m eager to see what will come out of the ground.”

Gattuso on the match with Barca: Napoli will climb Everest
Lampard about the game with Bayern Munich: the History of the games, when everything changed. Chelsea needs to be trusted
Zinedine Zidane: I am the coach of Real Madrid until something extraordinary happens
Varan on relegation from the Champions League: This is my defeat. It is a shame for the partners
Guardiola on the conversation with Zidane: He congratulated me on La Liga and asked about my family. I hope one day we can have dinner and talk about everything
Sarri on the future: I Don't think bosses make decisions based on one match. They will appreciate the whole season
Levandovsky's transfer to Borussia was considered a mistake. He flogged the moments and lost the competition to a future Spartak player
Source https://www.thesun.co.uk/news/12029768/terrified-woman-mutant-potatoes-invaded-kitchen/