A BURLY rugby player told how he feared he had battered twisted Reynhard Sinaga to death after he came round to find the serial rapist on top of him.

The victim - an 18-year-old student at the time - pummelled the world's worst rapist "like a cagefighter" and at first thought he had killed him.

He had been plied with a date rape drug and was half naked when Sinaga pounced, he told the Sunday Mirror.

However, despite his stupor the 6ft 3ins tall teen gave the monster a proper beating after his "instincts" kicked in.

He said: “I thought I might have killed him, I didn’t really know what I was doing, I was using my instincts and adrenaline to survive.”

The serial rapist had spiked his drinks with GHB before abusing him in his seedy Manchester lair.

The victim said: “My pants and jeans were down to the top of my knees, he was on top of me with his pants down to his ankles.

“I said, ‘Mate, what’s happened?’ He started shouting, ‘Intruder! Intruder!’ I said, ‘Mate, calm down’, then he headbutts me on my nose and starts biting me.

“I was so confused. We were grappling. He pulled me over on to the bed and bit my shoulder. He was a scrawny little guy.

“I managed to get him off me, I started hitting him. I was over him like you see in UFC. It was like a big blur.

"When I stopped there was a lot of blood on him and me. He was on the floor not moving.”

Sinaga then spun a web of lies after being stretchered to hospital - meaning the victim was arrested on suspicion of assault.

But the blundering rapist had accidentally left an iPhone 4 in the teen's back pocket containing gruesome videos of him attacking his drugged victims.

After he tried to "snatch" the mobile, which he had held in one hand while molesting the men, cops realised they were dealing with the UK's worst rapist.

Police raced to twisted Sinaga's lair where they discovered another mobile - this time "propped to side” to capture rapes “in profile”.

Prosecutor Iain Simkin told Manchester Crown Court earlier this month if Sinaga had not “recorded himself” raping his victims “nobody might ever have found out.”

Sinaga was eventually found guilty of 159 charges against 48 men - aged between 17 and 36 - but cops found footage and other evidence of up to 195 victims on laptops and the two iPhones.

Jurors heard how the teen had been at Factory nightclub with friends on June 2, 2017 but became separated from them.

Using the same modus operandi he used for all his victims, the sadistic rapist approached him and suggested the man should try contacting his friends from his flat.

The rugby player said Sinaga "seemed like a friendly guy" so he agreed to go back to his home in the city centre.

He said he remembered the rapist pouring two shots of “red liquid” and a “shot of clear liquid” before he “blacked out” and woke hours later with Sinaga naked on top of him.

He told jurors: "I had to defend myself to get out of there."

Devout Catholic Sinaga lured victims back to his flat for drinks or to charge their phone before slipping them a date rape drug and violating them.

He prowled the streets outside Manchester nightclubs in the early hours looking for lone, drunk men to attack. 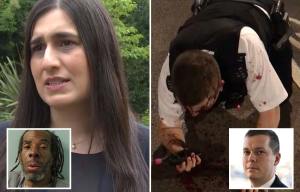 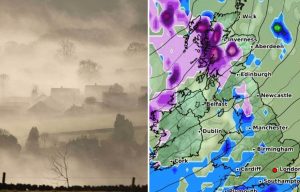 Snow maps reveal areas to be hit in next 48 hours - is your town on the list? 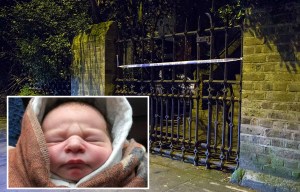 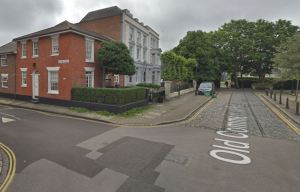 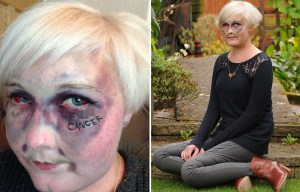 As he was jailed for life, the court heard the sex attacker had even played 'Top Trumps' of people he raped by keeping screenshots of his victims' social media profiles after checking their IDs.

The sick predator boasted of using his “secret poison” to make young, straight men “fall in love” with him between January 2015 and June 2017.

Most victims were clueless they had been attacked and only two already knew they had been raped when they were approached by police.