TEEN Mom Jenelle Evans slammed as a "joke" for promoting masks to earn cash after making fun of people who wear them.

The fired MTV star was slammed for allowing daughter Ensley Jolie, 3, in a store without a mask.

Jenelle, 28, promoted a mask company, Linked Wear, despite being vocal about being an anti-masker.

A second wrote: "The actual audacity of this b****h, f*****g blows me away every day. She’s an anti masker until she gets paid to promote them? THE AUDACITY."

A third wrote: "She sucks. Someone needs to tell her to wear it at Walmart and put one on the kids, too."

The former Teen Mom 2 star has previously refused to wear a mask herself inside local stores, but after she received backlash for sharing a video of her youngest daughter not wearing a mask, she called on fans to "do your research."

"I hear Twitter is trippng about this video?" she shared on Instagrm.

"It's not deleted and she's under 5 so no she's not going to wear a mask."

She then went on to share screengrabs of the local newspaper Charlotte Observer which had published the North Carolina laws on children wearing masks.

"If you're a parent and don't understand why this is in place, you should research," she added.

In July, at the height of the pandemic, Jenelle and husband David Eason were slammed for not wearing a required face mask at a North Carolina Walmart and for taunting those wearing one.

In a YouTube video, the pair begin to mock a woman as David laughed: "This lady is just standing in the middle of the freaking road."

David, 32, added: " Before she crosses the street," before Jenelle says, "She can't get too close to people!" 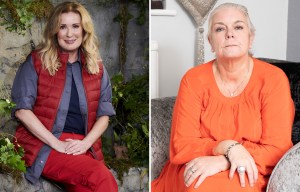 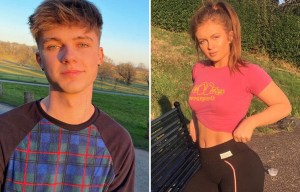 In August, the mom of three also claimed she doesn't want her six-year-old son wearing a mask at school because he'll be breathing in "carbon monoxide."

As schools faced the tough decision of whether to reopen or not, Jenelle revealed her children go to a charter school that is open year round and has given parents the option of online or in-person teaching.

Liverpool lost at Anfield for the first time in 69 Premier League games (and Burnley). Klopp's team has yet to score in 2021
Sevilla are Interested in Papu Gomez
Rookie of the Urals Ibrahimi: will Manifest itself in RPL - sparkle everywhere. Good league for pumping
Juventus have signed Switzerland U21 striker Lungoyi and returned him on loan to Lugano for 1.5 years
Milan leases Tomori from Chelsea with the right to buy for 28 million euros. Medical check-up-today
Borussia Gladbach signed Kone for 9 million euros. The prop will finish the season in Toulouse
We want Messi to stay until the end of his career, but first we will think about the club. Even the best player in history is no more important than Barca. Freisha about Leo
Source https://www.thesun.co.uk/tvandshowbiz/13333212/teen-mom-jenelle-evans-promoting-masks-after-mocking-people/