TEEN Mom 2 star Jade Cline kicked the MTV crew out of her home in a rage.

The 23-year-old made the decision after a fight with her baby daddy Sean Austin.

During Tuesday's episode of Teen Mom 2, Jade recruited the help of her parents and Sean to assist her in moving out of her home.

As her stressful move continued, Jade's emotions escalated when she began to boss Sean around and told him to get boxes for her to put her clothes in.

After she told Sean he wasn't packing her belongings into the correct sized box, she asked her ex to look at her for following instructions.

Sean angrily responded: "I really don't want to. You're irritating the f**k out of me."

She fired back: "You're irritating the f**k out of me."

Jade then took out her frustrations on the MTV crew members, as she told them: "I want you guys to kind of just go cause I'm just getting annoyed and I just want to stop filming right now."

The dramatic scene concluded with a crew member's hand reaching up and grabbing a camera to shut it off.

Jade confirmed her split from Sean, 27, in early April during an Instagram Q&A.

Another follower wanted to know: "Are you and Sean broken up, because I saw him on Tinder earlier?"

Alongside a slew of laughing face emojis, the 23-year-old responded: "IM SCREAMINGGGGG they can have him lmaooooooo."

Before confirming their split, Jade deleted any traces of Sean from her Instagram feed and shared a series of cryptic posts on Twitter.

"The right decisions sometimes aren’t the easiest and it sucks but whatever lol," Jade posted, before adding: "Just know I'm doing me."

Jade had confirmed in March with a sexy lingerie shoot that she and Sean had reconciled and had been back together "for a while."

She captioned the photo: “Loving you has always felt so right. I’m so proud of you... You’ve proved people who’ve made mistakes can change, evolve, improve, and learn. 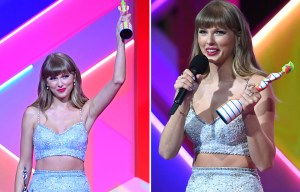 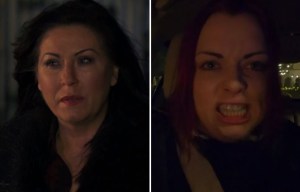 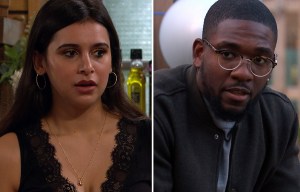 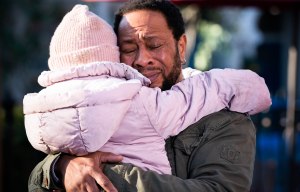 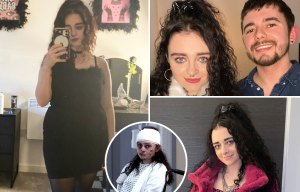 “At the end of the day we love each other so we both didn’t want to give up on our relationship.”

She also noted that Sean “loves himself more” and is “living such a happy life.”

However, she shut down speculation that the two plan to welcome another child, as she wrote: “We don’t want more kids anytime soon. We both are focusing on Kloie and our careers.”