She posted the video to promote her upcoming rap album release.

Deb shared a video of her doing the pony in see-through black pants and a mesh Louis Vuitton print top, revealing her bra and thong underwear.

She captioned the clip: "As you can see, I am EXCITED for my new album to be released for you all soon ;)

"Check out the link in my bio for the full YouTube video on the inspiration behind the album and my music! #debradanielsen #debzog #newmusic #debradanielsenmusic"

Deb wore a low-cut striped black button-up shirt, which was pulled together with a white collar and a tiny black tie and caption the clip: "A little sample of my new song being released soon: 'Bullets & Booze'! What do you think? Check out the full video on my YouTube in the link in bio."

She told followers: "They tie up at the front, and you can adjust them if you're having a bad. It works great.

"Then the top is leather, it's a halter top. As you can see, back out, love it. And I love how it sits at the waist."

Farrah’s mom has previously defended her music, including her music video, White Woman’s Rap, as fans criticized her scantily-clad outfits and “off the rails” dance moves.

Debra said of her work: “A lot of people don’t realize I am a singer and rapper. I’m not on drugs, I’m not high, I’m an artist. I love music. What you see in my videos is who I am. I want this to be about my music and my music career.

“The fact that I am in my own lane. I’m trying to encourage and inspire people who have dreams and feel like they are too old or not talented enough. I am here to tell them they have to believe in themselves. That’s the point of my music. To have courage, tenacity and to just do it.

“This is my song to empower females or anyone who thinks they have a dream or aspiration but have been told no or beat down by society. They are beautiful and they can do it." 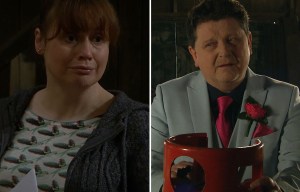 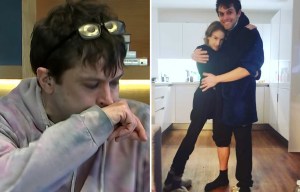 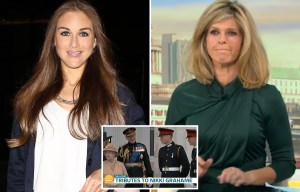 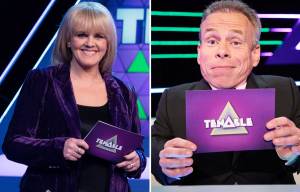 Debra and her husband Dr David are still going strong, as she calls him her "perfect match" despite their rumored split.

She exclusively told The Sun her husband has helped her "heal" from past relationships that she claims were "dysfunctional."

Despite some fan's assumptions they split based on the subject matter of her recent music releases, the reality star insisted: "We are doing awesome."

"The album is about my dating/fiancé journey," she explained, in lieu of her coming release. My husband is the perfect match for me to heal and realize how dysfunctional these others were."