Police officers and teachers will not prioritised for the next phase of the UK’s vaccination programme, it has been confirmed.

Instead the Government will opt for a more simple age-based approach, with 40 to 49 year olds next in line.

The Joint Committee on Vaccination and Immunisation (JCVI) had considered whether to make a priority group for teachers and police, who could potentially be more exposed to Covid-19 through their public-facing jobs.

But the advisory group concluded that the most effective way to prevent death and hospital admission is to carry on prioritising people by age.

Yesterday, Metropolitan Police Federation chairman Ken Marsh criticised the Government over the move, saying: ‘It’s absolutely disgusting – they don’t give a damn about us.

The JCVI said vaccination targeting occupational groups, such as teachers, would be more complex to deliver and may slow down the vaccine programme, leaving some vulnerable people at higher risk for longer.

It also said that, operationally, simple and easy-to-deliver programmes are ‘critical for rapid deployment and high vaccine uptake’.

‘It is crucial that those at higher risk – including men and BAME (black, Asian and minority ethnic communities) communities – are encouraged to take the vaccine, and that local health systems are fully engaged and reaching out to under-served communities to ensure they can access the vaccine.’ 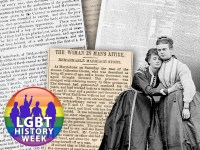 exclusive Arrested and humiliated for wanting to be themselves, the cruel story of Fanny and Stella

Under current targets, all adults in the UK should be offered at least their first jab by the end of July, with all over-50s and vulnerable people to be invited for a vaccine by April 15.

On Sunday Health Secretary Matt Hancock rejected calls to prioritise vaccinating teachers ahead of the reopening of schools on March 8.

He told Sky’s Sophy Ridge: ‘There isn’t strong evidence that teachers are more likely to catch Covid than any other group, but I’ll leave it for the Joint Committee on Vaccination and Immunisation (JCVI) to set out what they think is the best order in which to do this that minimises the number of deaths.’