SNP slammed by Andrew Bowie for not showing up to debate

The Airdrie for Independence group will voice their disgust at the flagpole in West End Park, North Lanarkshire at 1pm on Monday. This comes an hour before Scotland kick off their Euro 2020 campaign against the Czech Republic.

Ahead of the protest, independence activist Jim Cassidy even claimed that the flag had “political and sectarian connotations”.

He vocally complained to North Lanarkshire Council (NLC) about the Union Jack replacing the Saltire around two weeks ago.

The council owns the land which is maintained by the voluntary group Friends of West End Park.

The group has yet to comment publicly, but in a leaked letter seen by The National, they said it was apolitical and, “very saddened and surprised” that their upgrade to the flagpole was “somehow associated to a political/national cause”. 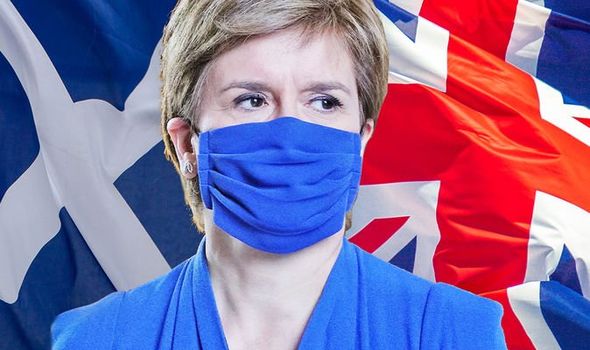 The protest comes amid rising nationalism in Scotland (Image: Getty) 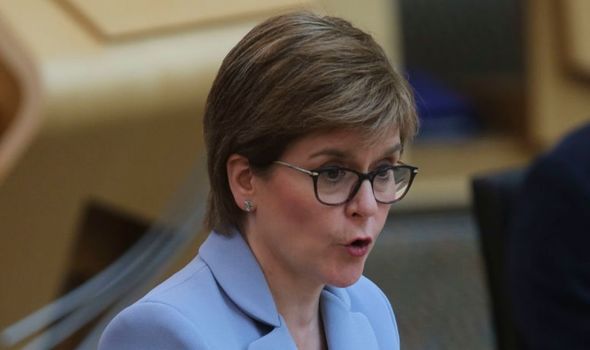 The flagpole is adjacent to the town’s war memorial, which is also maintained by the group.

In the letter they said they had received several requests from ex-service personnel, veterans and their families, indicating “they felt it would be right that we gave consideration to a British flag”.

Mr Cassidy, who described himself as a former British serviceman, dismissed their reasoning and called on the Saltire to be reinstated.

Writing on his Facebook page, he said: “I contacted the Labour leader of North Lanarkshire Council Jim Logue, who was very helpful and who informed me that having spoken to someone representing ‘Friends of West End Park’ group ... that our national flag would be replaced as soon as one could be sourced. 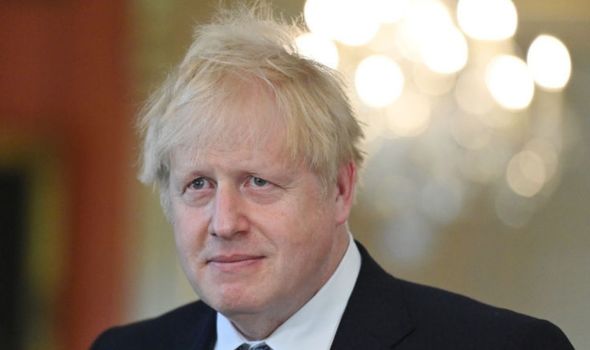 “I was therefore disappointed to be contacted yesterday by someone who had written to the group, who made me aware that they had reneged on the agreement with North Lanarkshire Council and had decided to keep the British flag flying instead.

“Having seen the letter they sent, I have to say that I was concerned at their actions and am unconvinced as to the motivations behind their decision.”

He added: “They state that the group is non-political and non-sectarian, but that doesn’t mean that you can be blind to the political and sectarian connotations linked to the British flag, and one would have had to be living under a rock to have missed them.

“The Saltire which flew there was something all our community had no argument over, and its removal coincides with British Government attempts to rebrand much of Scotland with the British flag in a programme of ‘Union-Jackery’, so it is understandable why people cannot simply accept this is simply an innocent misunderstanding. 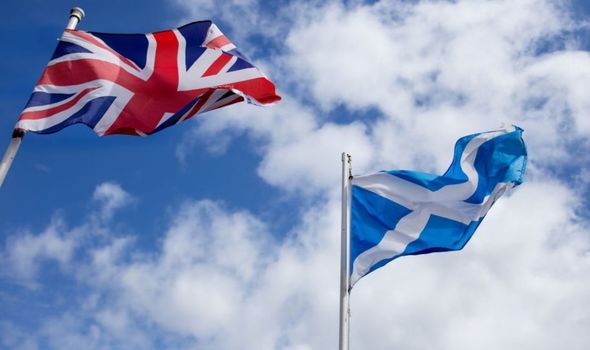 The row erupted over the Saltire and Union Jack (Image: Getty)

“As a former member of the armed forces who used to parade every year with the Royal Engineers on Remembrance Sunday, I do not believe that the wishes of a few veterans and their families should be given greater consideration than the entire community of Airdrie.

“The British Nationalist community does have a particular focus on a few key areas, such as the flying of the British flag, year-round poppy displays and veterans’ causes, so the decision to remove the Saltire and replace it with the British must be viewed in that context.”

A spokesperson for the council said: “The Friends of West End and Centenary Park is a voluntary community organisation run by an independent committee who do a fantastic job looking after the park for the benefit of the local people and visitors.

“Flying the Saltire or Union Flag is at the discretion of the committee.” 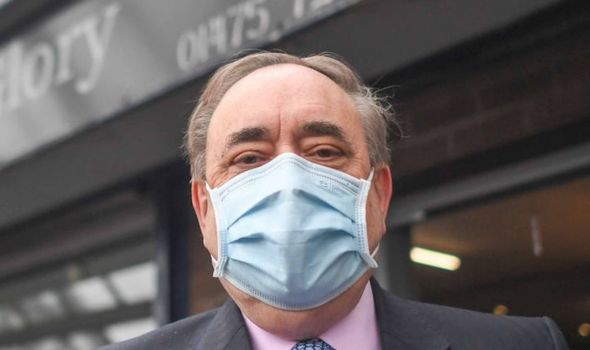 Alex Salmond has campaigned for independence for decades (Image: Getty)

Express.co.uk has contacted the Friends of West End Park for comment.