Switzerland and the EU are still in deadlock over a framework agreement designed to form a closer partnership and remove existing barriers to things like trade. Many in Switzerland back the plan, but others are more sceptical of closer ties with Brussels. Negotiations for the partnership began in 2014, but are still to reach a formal conclusion.

This process has been marred by fallout over stock markets after the EU chose not to recognise Switzerland's equivalence in 2019, resulting in investment firms in the bloc being prevented from trading on the Swiss stock exchange.

As things stand, Switzerland and the EU still cooperate via a patchwork of treaties.

Former Swiss President Micheline Calmy-Rey recently weighed in on the row amid reports the government in Bern is unsure on how to approach Brussels.

He said: “The Brexit deal shows politicians need to know what they want. Switzerland doesn’t know it. In that respect, we could learn something from Boris Johnson.”

Last month, Swiss President Guy Parmelin said: “I am not going to do a Boris Johnson in Brussels."

Speaking about the Swiss situation, Mr Parmelin said it could not be compared to Brexit. 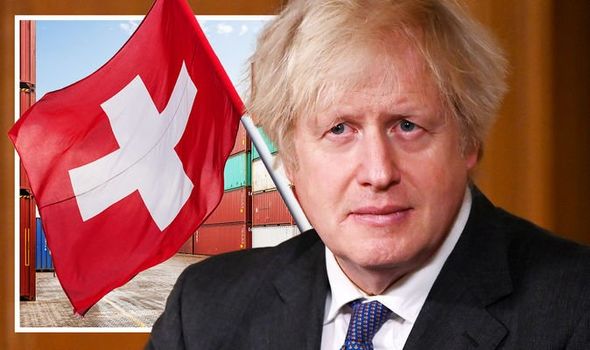 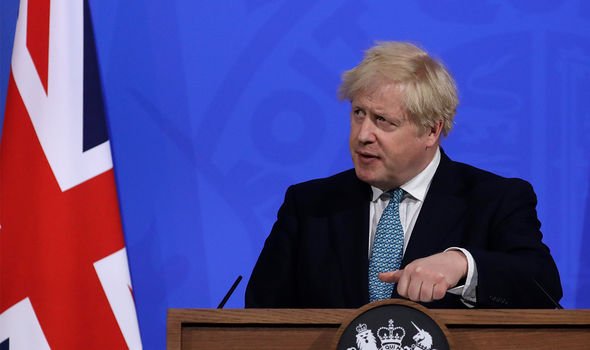 He added that Switzerland “does not want to leave an agreement, but find a solution for developing it further."

Autonomiesuisse, a committee of entrepreneurs in Switzerland, wrote in a statement that the Brexit deal shows the country can take on the EU in the next round of negotiations.

They said: “Overall, the sovereignty policy issues in the Brexit negotiations were largely settled in the way Autonomiesuisse is seeking for the Switzerland-EU framework agreement.

“The Brexit agreement shows that there is potential for negotiation with Brussels.”

Swissinfo reported in December that the deal had caused "Brexit envy" in the country.

Tensions between the EU and Switzerland can be traced back to 1992, when Bern began its application to join the EU. 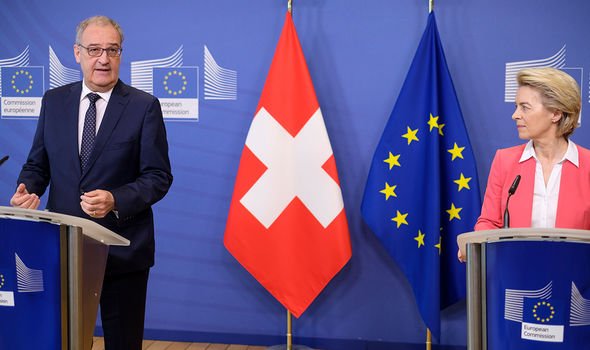 Brexit news: Switzerland is in talks with the EU (Image: getty)

Months after the process started, Switzerland had a referendum on whether to join the European Economic Area (EEA) where the country narrowly decided to reject the idea.

The result surprised many in Europe, as 50.3 percent voted against joining the EEA, leaving a dent in the EU's hopes of expansion.

Not only did the Swiss public reject the EEA, but it also meant the country's application for the EU was suspended.

After years of tense negotiations between Brussels and Bern regarding their future relationship, Switzerland held another referendum in 2001.

In 2016, just one week before the UK voted to leave the EU, Switzerland confirmed it was withdrawing its application to join the bloc. 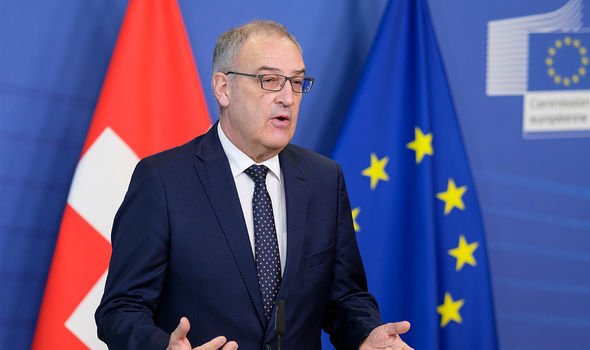 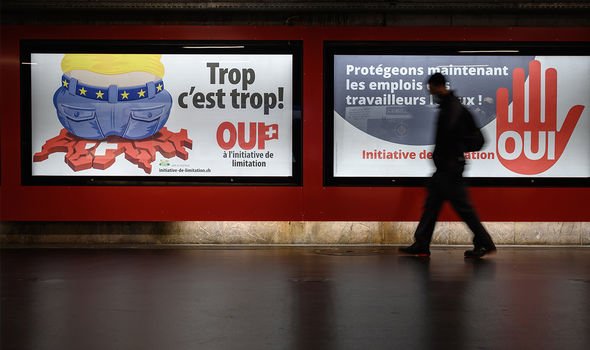 After the decision to cancel its application to join the EU in 2016, Swiss politician Filippo Lombardi from the Christian Democratic People’s Party said it was “not very clever to discuss it again” and called the whole thing “a bit ridiculous.”

Thomas Minder, councillor for Schaffhausen state and an active promoter of the concept of 'Swissness,' said at the time he was eager to "close the topic fast and painlessly" as only "a few lunatics" may want to join the EU now.

However, there is still appetite for cooperation with the EU, as shown last September.

Swiss people voted convincingly to reject an attempt to tear up the country’s agreement with the EU on the free movement of people.

Around 62 percent of voters decided to maintain the free movement agreement.

Astrologer about Mancini: He listens to astral biorhythms. We talk before every game
Liverpool and Adrian have extended their contract: Happy to stay. This is a big club and a big family
Scotland will definitely remember the home Euro: a goal from the center of the field, fans in kilts, a stand (instead of a knee) against racism
Ronaldo on Juve: Whether I stay or leave is not the main thing right now. I've been at the top level for 18 years, I don't care
Schick scored for Scotland from a distance of 45.44 meters. This is a Euro record
ğŸš€ Ğ¤Ğ¾Ñ€Ğ²Ğ°Ñ€Ğ´ Ğ§ĞµÑ.Ğ¸Ğ¸ Ğ¨Ğ¸Ğº Ğ·Ğ°Ğ±Ğ¸Ğ Ñ Ñ†ĞµĞ½Ñ‚Ñ€Ğ° Ğ¿Ğ¾ĞÑ Ğ² Ğ¼Ğ°Ñ‚Ñ‡Ğµ Ğ*Ğ²Ñ€Ğ¾ Ñ Ğ¨Ğ¾Ñ‚ĞĞ°Ğ½Ğ´Ğ¸ĞµĞ¹
Eriksen's agent: Christian is joking, he is fine and wants to support Denmark in the game against Belgium