An Amble surfer has warned swimmers to take care, after saving three people who got into trouble at Cresswell beach. 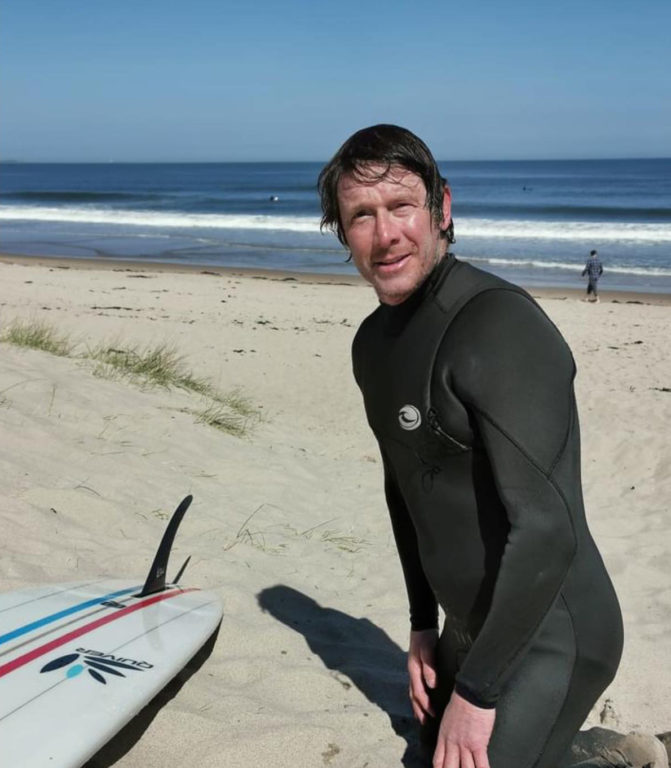 Jon Nolan who runs Northside Surf School was teaching a group of surfers when he noticed three bathers nearby, struggling in a rip current.

Jon told the Ambler: “There were two women and a boy. They shouted ‘Help we can’t swim.’ I could see one of the women was exhausted. I whistled to Jacob [Poulton] to bring the surf lesson group out of the water, and three of us went to help. I was able to use my board to bring the young lad to shore, while Jacob and Michael [Thompson] went to aid the women. It was difficult, because we were in the channel, but eventually we were able to bring them back in using our boards.”

On his Facebook page Jon posted this message: “Please can we share this to show awareness of rip [currents]. Here’s some pointers for you to remember if you find yourself or others caught in one:
• Stay calm
• If there’s people on the beach, try to get their attention
• Float on your back, don’t try to swim straight for the shore (even though that is the first thing you’ll try to do when panicking)
• Don’t try to fight it, save your energy.
•If you can touch the bottom, try to wade out parallel to the shore
• If you can’t wade, keep floating till the rip loses power, then swim across away from the rip and head for the shore.
Stay safe and let’s enjoy our summer safely.”

How to escape a rip current. Image: US National Weather Service

One of those rescued sent a message of thanks to Jon, Jacob and Michael: “Hello, I was one of the people your guys rescued two days ago – was myself, my aunt and wee cousin. I can’t thank you guys enough, I have never been more terrified in my life and was the first time I feared for my life. I’m so thankful you guys were there! Heroes.”

Respect the Water
The RNLI has lots of advice on beach safety on its website, and draws particular attention to rip currents:
Rip currents can travel up to the same speed as an Olympic swimmer (4.5mph) and can pull even the strongest swimmers out to sea. And unexpected waves can quickly knock you off your feet.
• If you find yourself in difficulty in the water, float to increase your chances of survival.
• If you see someone else in trouble in the water, call 999 or 112 and ask for the Coastguard.

Gaming centre at college among latest to benefit from £3.2m cash injection

So it's NOT just the UK! EU faces 'gas price shock' – bloc powerless to stop crisis

What are the Fridays for Future strikes? Greta Thunberg's movement encouraging people to act on climate

'Sorry no fuel' as petrol stations forced to close across Merseyside

When is Jodie Whittaker leaving Doctor Who and who will replace her?