The first minister spoke out as the row surrounding her government’s bungled handling of sexual harassment allegations against Mr Salmond grew – with her political opponents claiming the Scottish parliament itself was being damaged by fallout from the fiasco.

Mr Salmond was awarded more than £500,000 after the Court of Session, Scotland’s highest civil court, ruled the way the complaints were handled by the Scottish government was “unlawful”.

He was due to give evidence to MSPs seeking to discover what went wrong with that process on Thursday.

But, ahead of that, his successor, who will herself address the Committee on the Scottish Government Handling of Harassment Complaints next week, was challenged on the issue during first minister’s questions today. 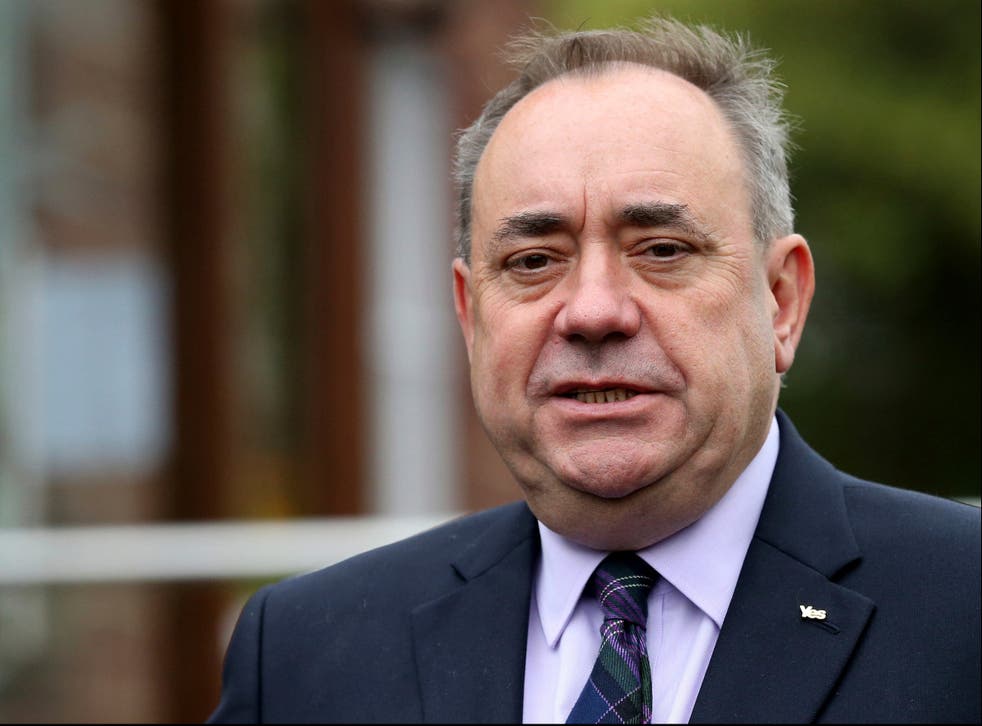 Ms Sturgeon denied suggestions that the identity of one of the complainers had been revealed to Geoff Aberdein, Mr Salmond’s former chief of staff, at a meeting in the Scottish parliament in March 2018.

That meeting took place just days before Mr Salmond met Ms Sturgeon at her home – when she insists she learned of the complaints for the first time, although Mr Salmond claims that by saying this she is misleading parliament.

The row that has erupted between the Scottish National Party’s two most successful leaders has caused divisions within the party.

And with parliament having to remove some of Mr Salmond’s written evidence to the committee hours after it was published, following concerns raised by the Crown Office, the Scottish Conservatives’ Holyrood leader, Ruth Davidson, said: “This sorry affair isn’t just tarnishing the first minister’s reputation, it is damaging the institutions that it is her responsibility to uphold.”

She told MSPs there was a “culture of secrets and cover-ups that is only growing and it is all taking place on Nicola Sturgeon’s watch”.

She challenged Ms Sturgeon on this, claiming, “the exact evidence that is being redacted is the most damaging to her personally”.

She then asked the first minister: “Is saving your own skin worth all the damage that you are doing?”

Scottish Labour interim leader, Jackie Baillie, and Scottish Liberal Democrat leader, Willie Rennie, pressed her, too, over the claim that the identity of one of the female complainers had been given to a Salmond aide.

Ms Baillie said: “This is about the women, the women who were failed by the government’s botched handling of their complaints. A complainant was named, that is not a conspiracy theory, that is a fundamental breakdown in trust. It is beyond belief that anyone would tell the name of a complainant to the former chief of staff of Alex Salmond, which was then passed on to Mr Salmond. It is a gross breach of confidentiality.

“We have seen this week that there is something rotten at the core of the SNP and it is poisoning our democratic institutions.”

Ms Sturgeon hit back: “Alex Salmond claims that the name of a complainant was given. That is not the same thing as accepting that is the case.”

She insisted: “What is poisoning our democratic institutions, in my view, is politicians standing up and hurling assertions and accusations without a shred of evidence to back them up.”

She said when she had learned of the allegations against her predecessor she had “declined to intervene”, insisting she believed it was, “important a process happened”.

She added: “For somebody in my position, somebody hearing what my predecessor, close colleague, friend of 30 years was accused of, the easier thing to do perhaps, perhaps the thing that in days gone by would have been done, was to sweep these complaints under the carpet and not to allow them to be properly investigated.

“I opted not to do that and whatever difficulties have happened since then, whatever pain has been caused to lots of people in this process, I don’t regret not sweeping the complaints under the carpet, because that was the right thing to do.

“At the heart of this are women, women who came forward with complaints.

“It was right that the Scottish government put in place a process to allow complaints to be investigated.

“And when I became aware, it was right, in my view, that I did not collude with Alex Salmond to make them go away or sweep them under the carpet. That may have led to difficulties, it has certainly made Alex Salmond very angry with me, that is self-evident. But that was the right thing to do.”