ROGER FEDERER survived seven match points to defeat Tennys Sandgren - but it was the stunning umpire that stole the show.

Marijana Veljovic - who boldly faced off with Swiss star Fed after he was penalised for swearing - even caught the eye of Eugenie Bouchard.

the umpire in this roger/tennys match is super pretty 😍

Federer overcame injury at the Rod Laver Arena to reach the semi-finals and remain in the hunt for a seventh Australian Open.

However, his incredible comeback was overshadowed as fans turned their attention to the gorgeous Serbian official.

Google searches spiked as viewers desperately tried to find out more about the mystery brunette that was in the umpire chair.

Even Canadian tennis star Bouchard was blown away by her beauty.

Alongside a love heart eye emoji, the 25-year-old tweeted: "The umpire in this Roger/Tennys match is super pretty."

One cheeky fan posted a snap of her with the caption: "Here she is!! The chair umpire tonight for the Federer match... I would question every call she made so I could walk over, stand in front of her, forfeit the match and ask her to marry me."

Another said: "Federer out here dropping F bombs in two different languages and then gets ratted out by the lineswoman.

"I'm up for anything that gives the chair umpire more TV time. She looks like a James Bond movie actress." 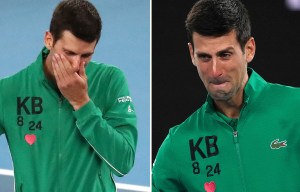 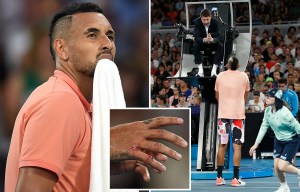 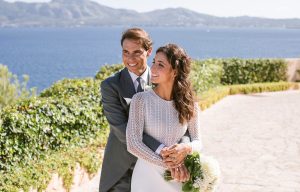 Who is Xisca Perello? The wife of Spanish tennis star Rafael Nadal 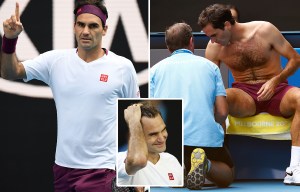 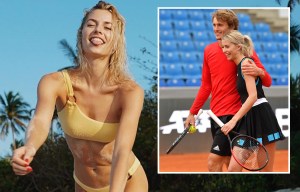 Zverev splits with girlfriend amid rumours he is dating German model 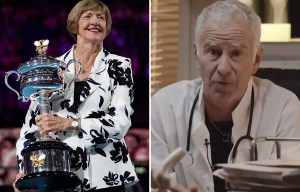 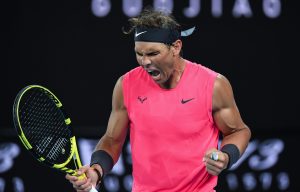 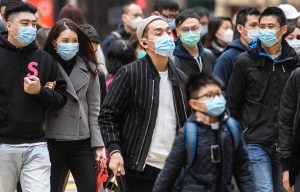 And one hilariously said: "The umpire in this Federer match can take my life savings right now."

Veljovic, who received her gold badge for umpiring in 2015, officiated the 2018 Australian Open women's singles final.

In 2019, she was called up for the Wimbledon's women's singles final before she umpired the Fed Cup final.