A wildfire raging on the slopes of Cape Town’s Table Mountain spread to the University of Cape Town, burning the historic campus library and forcing the evacuation of students.

Orange flames lit up the windows of the library that houses considerable archives and book collections while firefighters sprayed jets of water to douse the blaze. At least two floors of Jagger Library burned, according to local news reports.

Other campus buildings also caught fire, and a historic windmill nearby burned.

Private homes and historical structures such as the Mostert’s Hill windmill had also been damaged in the fire, said a statement from the city authorities. 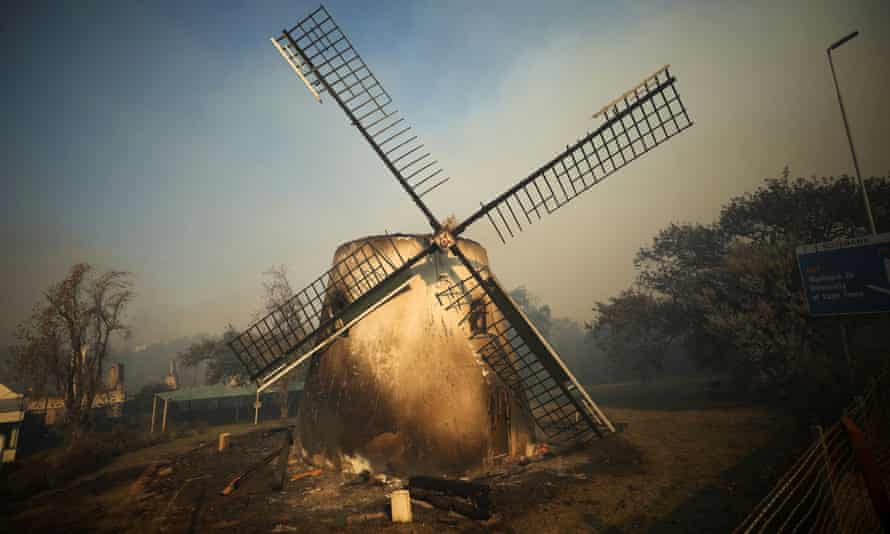 More than 100 firefighters and emergency personnel were deployed to the university campus and to Table Mountain National Park. Four helicopters were being used to drop water on threatened areas, officials said.

One firefighter was injured and being treated at a hospital, according to the Cape Town fire and rescue department.

Residents have been cautioned to be on alert, Charlotte Powell, spokesperson for the city’s disaster risk management centre, said in a statement.

“At this stage, there’s no cause to evacuate, but we ask that residents adhere to the following: close all windows to prevent draft and reduce heat, damp down your garden using a hose or irrigation system,” Powell said. 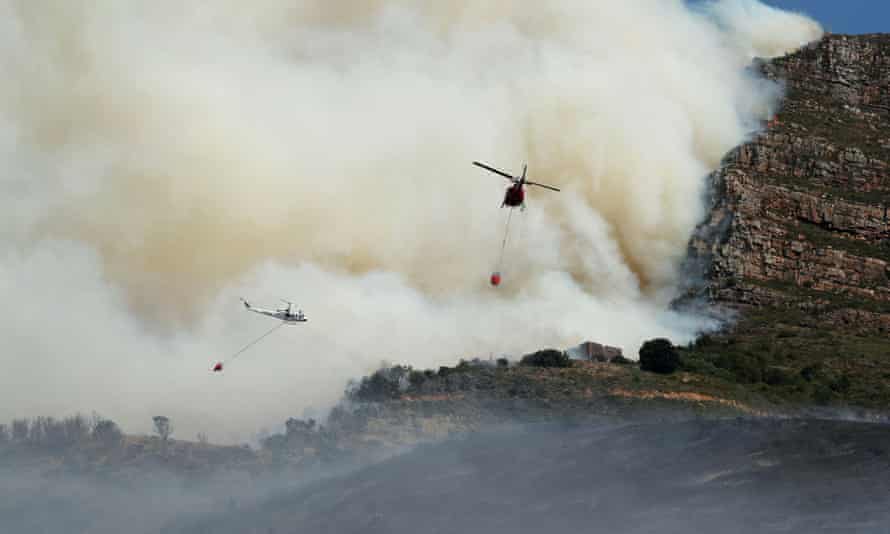 Helicopters battle a bushfire that broke out on the slopes of Table Mountain in Cape Town Photograph: Mike Hutchings/Reuters

Table Mountain National Park, which spreads over much of the city’s unbuilt area, called on social media for hikers to leave the area and for motorists to remove cars parked in the vicinity.

A first alert went up shortly before 9am (0700 GMT), city authorities said.

Three helicopters joined the fight, dumping water on the inferno, they added.

Agence France-Presse and Associated Press contributed to this report