JJ Chalmers will head straight to the operating room when he has finished dazzling viewers with his weekly Strictly routines.

The former Royal Marine revealed he is to go under the knife once the BBC show wraps this month, after his leg became inflamed by warzone shrapnel during dance training.

He revealed the close contact with pro partner Amy Dowden leaves him in constant agony.

Brave JJ said: “My body is covered in scars and it’s full of shrapnel and frag and stuff from Afghanistan, which can sit quite happily for many years without any real issues.

“But the problem is, this one has been exacerbated.

“It can be the physical exertion or it could be the exhaustion. Unfortunately, what it does is it looks for the quickest way up to the surface of your skin, which is where the scar is. So it’s about a six-inch scar that’s pretty inflamed. It’s a very tender, stinging pain.

“When Amy presses up against it, it’s not a very nice thing to poke at.”

JJ, who won cycling medals at the 2014 Invictus Games, is being monitored via FaceTime by his surgeon and taking antibiotics. But he is adamant his injury woes will not stop him.

He said: “As far as my surgeon’s concerned, this thing needs to get taken out of my leg.

“If we’d had the time, it would’ve been done by now, especially when it first flared up. But this is the situation. Life gets in the way, and that’s a great thing.

“I have the privilege of a life to have, so I’ll be getting it dug out in January, once my world calms down a little.”
Overwhelming

While the prospect of going from the biggest show on telly straight into surgery would be overwhelming for most, JJ said: “That’s the reality.

“Since 2014, I’ve not gone a year without a surgery, so it’s a pretty routine thing for me, unfortunately.

“It’s amazing what you can get used to.”

THE Great British Bake Off’s wardrobe department had an easy job when it came to new host Matt Lucas.

It just had to make sure his trousers had plenty of give.

The Little Britain comedian, who I revealed had thrown up on the first day of filming this summer after eating too much cake, knew the temptation of sweet treats would be bad for his waistline.

Speaking about his weight after filming the Channel 4 series, he said: “This is a problem.

“When I got the job I said, ‘Can I have elasticated trousers?’ That’s actually what I asked for.

“I have a more pronounced waddle than I had before, that’s for sure.”
It’s not just the impressive bakes made by the show’s contestants that are tempting.

The examples of what they should be aiming to produce are proving to be quite an issue too.

Speaking on the How To Wow podcast, Matt added: “These are the perfect examples of what the bakers will be trying to make in their technical.

“Those cakes are also available to eat backstage as well. I might need a muzzle.”

Prue dread at life with co-hosts

JUDGE Prue Leith has revealed it is not always sweetness and light behind the scenes on Bake Off.

She was dreading bubbling up with fellow judge Paul Hollywood and hosts Noel Fielding and Matt Lucas for the latest series – filmed during the pandemic – due to off-screen tensions while Sandi Toksvig was still presenting.

She added: “I thought being locked up with those three for six weeks might be hard, but it was absolutely lovely. Because we had to get along together, everybody just got on.

“There were no quarrels. We did not have the usual sort of . . . nobody stamped off or got in a temper with anybody.”

About handling Bake Off fame, Prue told Spectator TV: “If you were really really famous like Beyonce, your life is completely dominated by the fact that you cannot go anywhere. I don’t have that.”

She added: “A couple of people at the beginning said, ‘We love Mary Berry’, but since I have been on it they seem to have liked it.” 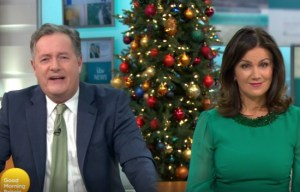 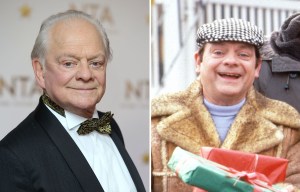 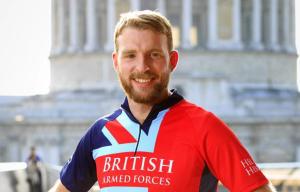 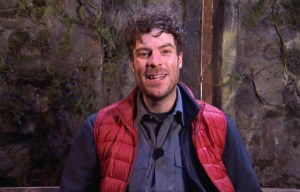 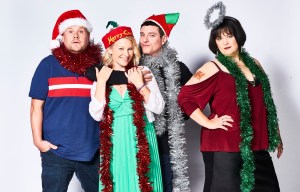 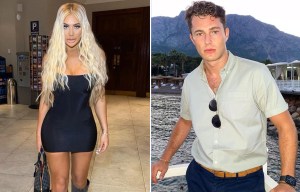 A showbiz farewell to legend Des

The show, Des O’Connor: The Ultimate Entertainer, traces his career from Butlin’s Redcoat to the longest- serving primetime TV host in Britain, holding the record for more mainstream appearances on the box than any other performer.

Des topped theatre bills globally, including more than 1,000 solo appearances at the London Palladium, and released 36 albums – despite much mockery from Morecambe and Wise.

Mourinho on Lampard's resignation: Football is cruel, especially modern
Dzeko denied West Ham. Striker wants to leave Roma in the winter
Milan wants to sign Porto midfielder Otavio for free in the summer
Manchester United may loan Lingard to West Ham
Mourinho on the double Ntombela: He's very creative. One of those who knows how to sharpen the game
Atalanta and Sevilla have agreed on the transfer of Gomez. The midfielder will fly to Spain on Tuesday
Laporta on Messi at PSG: I read that they have losses. We need to discuss what deals they can afford
Source https://www.thesun.co.uk/tv/13364684/strictly-jj-chalmers-surgery-shrapnel/