The 30-year-old Italian dancer was spotted saying "it's our song, baby girl" ahead of their American Smooth routine last week.

During their performance, Giovanni also declared: "I love you."

The video, which was shared to Strictly's official Instagram account yesterday, also featured the likes of Maisie Smith, HRVY and Bill Bailey.

One wrote: "Gio and Ranvir are in love nobody can tell me otherwise."

A second said: "Ok so Giovanni saying I love you twice isn't going to stop any rumours."

A third added: "Omg the way Giovanni looks at Ranvir."

Another asked: "Is Giovani and his partner dating?"

The post follows after a Strictly insider revealed fears that 43-year-old Ranvir, who recently split from her husband, had become “besotted” with pro dancer Giovanni.

The source said: "Ranvir and Giovanni seem to be getting closer each week.

"She appears to be absolutely besotted with him, while he is a calming, confident influence. The show has been great for Ranvir’s own confidence.

"She is feeling great about herself, especially as she is getting so much attention every week.

"But some people are concerned that Ranvir could be falling for him outside of the show and he’s a known ladykiller. They’ve been spending hours rehearsing together and the Strictly bubble is very intense.

“They are both very professional but their focus must be on winning the show. They are in with a chance.”

Earlier on in the series, the pair danced a sensual Argentine tango, which ended with their lips almost touching.

However, Ranvir insisted nothing is going on.

Speaking on Good Morning Britain, she said: "He is very much about the energy of the performance. It's more than just learning the steps or the routine. 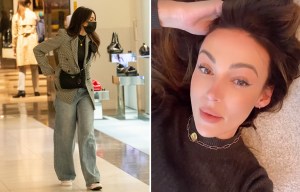 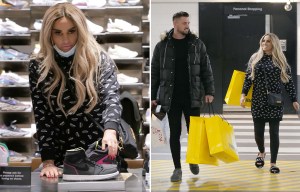 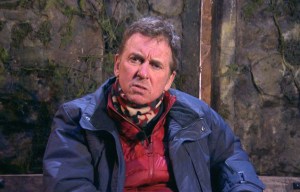 "I'm a total beginner so really I'm not going to be able to do the steps that Maisie [Smith] does. She's an incredible dancer."

She added: "We get on, it's just we both... there's a performance element to the dancing.

"It's about telling the story of two people. Of course when you keep playing that clip it's awkward."

Solskjaer about Greenwood: We're talking about the syndrome of the second season. I have always believed that 99% of the effort is 100% of the failure
Oscar: Salah at Chelsea was unstoppable in training, but on the pitch he was timid. Not enough confidence
Koeman on Barca's debts: We helped the club by lowering salaries. This situation is not only here - everyone is suffering because of the coronavirus
Real Madrid's contract negotiations with Ramos and Vazquez have been suspended. The club can not improve conditions due to the crisis
Pioli on Zlatan's red: He apologized. This is what great champions do, which is what Ibrahimovic is
Pep Guardiola: Football is complicated. The only way I know how to be a coach is just to think about Sheffield
Conte said that Eriksen will not leave Inter: He is part of our project. Christian is a very smart guy
Source https://www.thesun.co.uk/tvandshowbiz/13372965/strictly-come-dancing-giovanni-pernice-ranvir-singh-baby-romance/

Over half a million Covid-19 misinformation videos removed from YouTube

Minister apologises for 'every life that's been lost' in pandemic

What is the Doomsday Clock and what is the 2021 time?