Storm Ciara - the third storm of the Atlantic 2019/20 storm season - has been named and the UK is directly in its sights. The whole of the UK is under a Met Office yellow weather alert as fierce winds and heavy rain are due to hit this weekend.

Met Office weather warnings for wind are in place for the entirety of Britain with Storm Ciara forecast to make an appearance on Saturday night into Sunday.

Winds of 50 to 60mph are widely expected, with some areas seeing gusts of up to 80mph.

The top end of these winds are the equivalent speed of a category one hurricane, which has winds between 74 to 95mph.

The fierce weather system is being pushed towards the UK by the Atlantic jet stream, which has been intensified by weather from North America. 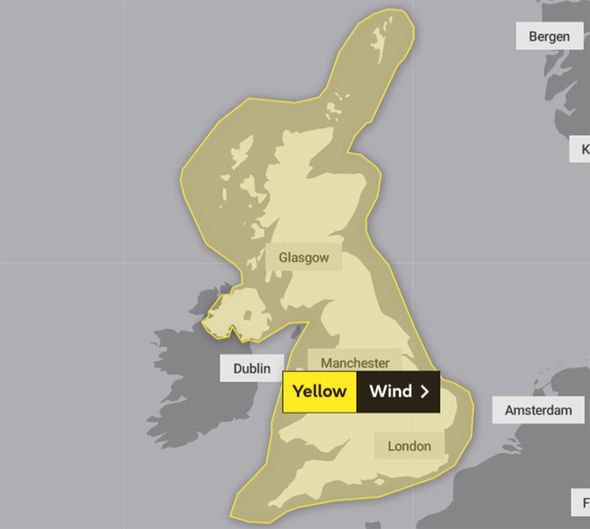 Despite the storm being several days away, the early detection and warnings are down to weather patterns according to the Met Office.

Met Office spokesman Grahame Madge told Express.co.uk: “We had advanced notice because of the weather patterns that’s enabled us to have a longer, earlier warning.

“So what’s leading to this is a change in weather patterns in the eastern parts of North America.

“What happens there drives the jet stream, which is this river of air which runs across the Atlantic. 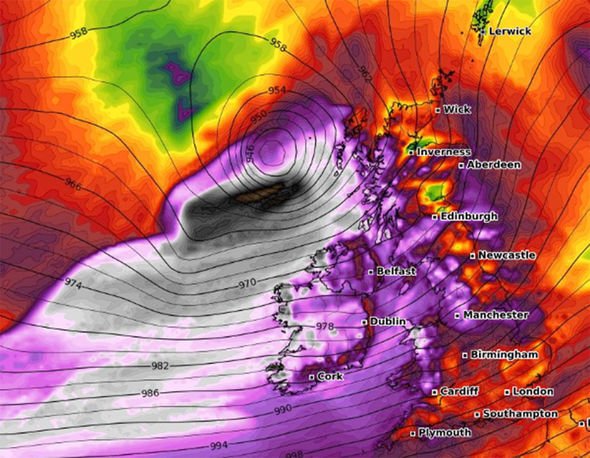 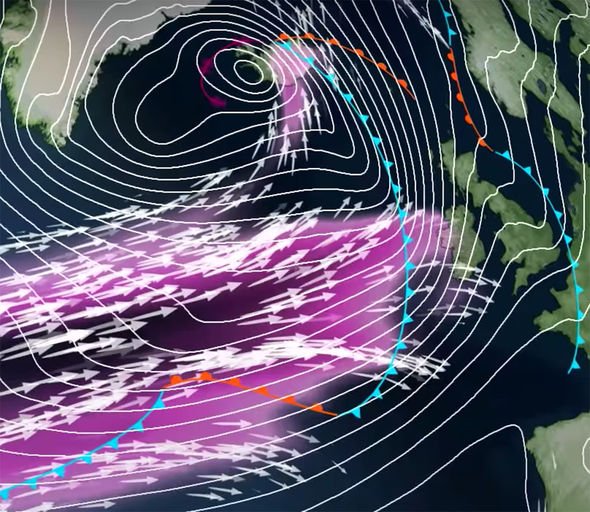 “The weather patterns have invigorated the jet stream and strengthened it and that is going to be bringing low-pressure systems such as Ciara towards our shores.”

The yellow weather wind warning comes into effect on Saturday, February 8 at 6pm and remains active until Sunday, February 9 at 11.59pm.

Usually Met Office warnings are isolated to specific areas of the UK, however, this warning encompasses the whole of Britain.

On whether there will be any areas in particular which could be hit by Ciara the hardest Mr Madge said: “We have taken the decision to keep it at the moment at UK level.

“One of the things that will happen over the next few hours to 24, 36 hours is that we will get more confidence about exact track of Ciara, however, this far out, at this moment in time, we are confident there will be impact across the entire UK.

“But where those impacts are going to be strongest is subtlety and detail we will get further model runs and further observations coming forward about the exact track of it.

“For the moment we are happy to have the entire UK sitting under a yellow warning because there will be impacts across the entire UK.”

Once the Met Office has further information and weather models, they will issue an update as to the path of Storm Ciara. 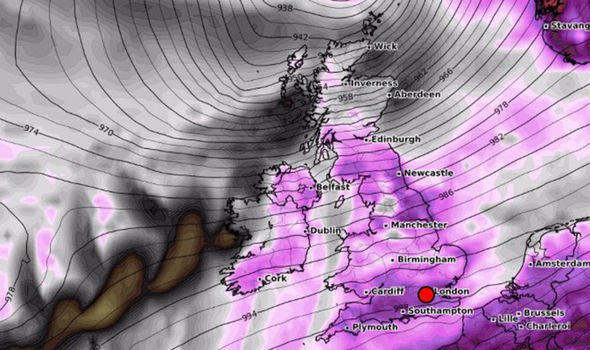 The warning forecasts stormy conditions causing disruption to rail, road, ferries and air travel, and advises some roads and bridges may close.

Coastal areas may see large waves and spray, and across the country, buildings could face damage with the possibility of tiles ripped from roofs.

The heavy rain accompanying the winds could trigger floods for some areas, particularly over the western hills.

By Friday evening conditions will start to become more unsettled with spells of rain and a developing breeze.

Saturday will be a relatively dry day for much of the UK before further strengthening winds and rain arrive from the west in the evening ahead of Storm Ciara.

Conditions will remain very windy into next week, conditions staying unsettled across the UK.

Temperatures will turn colder with the chance of wintry showers and ice in some parts.