BRITAIN will be hit with snow and -10C temperatures after houses collapsed and owners begged for help in killer Storm Christoph floods.

The storm is set to bring further misery for Brits, as the Met Office warned of “colder weather” and treacherous icy conditions for the day ahead.

The storm wreaked havoc across the UK yesterday, with large swathes of the country hit by severe flooding.

And the Met Office has warned that weather will turn “more wintry” as the Storm moves eastwards today, with icy conditions set to make recovery from the Storm even more difficult for Brits in flooded areas.

Meteorologist Craig Snell said: “We're losing the rain but gaining some colder and possibly some wintry weather too.”

A yellow weather warning for ice is in force for swathes of the western coast of the UK until 10am this morning.

The alert, which covers the Scottish Highlands, the North West of England, Northern Ireland and much of Wales, warns that icy conditions could pose a threat in areas already hit by severe flooding.

Mr Snell added that temperatures could plunge as low as -10C in parts of Scotland, and dip to -7C in areas of England.

He continued: “It will be feeling cold, I think that certainly that will be something that we will all be noticing it will be colder than it was to start the week.

“I think the main thing for most of us will be that we will see some frosty nights and with the ground wet from the rain we've had we may well see some icy patches."

As of 8am this morning, one severe weather warning - meaning a threat to life - remained in force on the River Dee at Farndon, Cheshire. A further 176 flood warnings are in place across the UK.

The cold snap comes after more than a month’s rain fell in just 56 hours yesterday, turning rivers into raging torrents.

A massive sinkhole suddenly appeared in the road in Gorton, Manchester, bringing two homes crumbling to the ground.

Shocking footage shows the front of terraced houses collapsing as a man's voice can be heard shouting "get back!".

The properties sank into the ground, sending debris flying into neighbours down the street.

And heavy rainfall prompted fears of a landslip in Slaithwaite, Yorkshire as a house was seen dangling on the edge of a bank on the River Colne.

In Wales, more than six emergency service vehicles were called to the banks of the River Taff at Blackweir after a walker spotted a body.

Rescue teams were scouring the riverbank - but the flooded river was hampering the search.

Cops later recovered the body of a middle-aged man after divers went into the water.

"If anyone can help please... the whole street is flooded," she can be heard saying.

Forty-five residents - some in their mid-90s - at a care home in Northwich, Chesire had to be rescued by emergency services.

The floods left them stranded without electricity and heating.

Cheshire Police said today that they were continuing to support communities in the region impacted by the severe flooding.

Superintendent Julie Westgate said: "Whilst the heavy rain has stopped and flood waters are subsiding, a number of flood alerts and road closures remain in place and we are urging people to be aware of these and to only travel if it is absolutely essential.

"If you do need to go out please take extra care and allow more time for this as there is a risk of surface water flooding and weather-related debris in places."

Two thousand homes in Didsbury, Greater Manchester, were evacuated and residents relocated to nearby leisure centres and hotels.

But the herculean effort to stop the nearby River Mersey from breaching its banks protected 10,000 from catastrophe.

The river swelled to 10.7ft (3.27m) amid the downpours - beating the previous record by a foot - and came within a few centimetres of breaking its banks.

Boris Johnson flew to the north west to see the damage for himself as 8in of rain in just 48 hours saw rivers swell to record levels.

He praised brave workers who battled round-the-clock to shore up flood defences amid the devastating deluge.

But he warned worse was still to come with torrential downpours expected to rage on into the weekend and next week.

The PM applauded the work already done but cautioned: "There will be more to come, there will be further rain next week.

"It is vital that people who are in potentially affected areas follow the advice and get the Environment Agency flood alerts where they can."

Environment Secretary George Eustace said the flooding was a “real tragedy” for residents in hard-hit areas - but warned of further rainfall next week.

He told BBC Breakfast: “We are particularly monitoring the situation in Yorkshire as the water moves through those river systems and, of course, preparing as well for next week where later next week more rain is expected."

In another blow, flood-hit areas could have their Covid vaccines diverted to other towns if water levels keep rising.

A Whitehall source told the Telegraph that vaccine supplies would be held back from jab centres that have had to close due to the storm.

And river levels were continuing to rise with another 2in of rain on the way.

There are still yellow weather warnings for snow, ice and rain for the UK today in the wake of Storm Christoph.

The Met Office says that "heavy snow and strong winds will bring blizzard conditions at times and cause travel disruption.

"Ice will be an additional hazard in places."

Meanwhile, rescue workers were last night evacuating 50 elderly residents by boat after their retirement village was flooded beneath 5ft of water.

They were trapped inside Weaver Court in Northwich, Cheshire, after it was left without any electricity or heating due to the downpours. 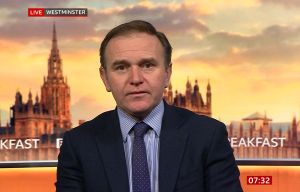 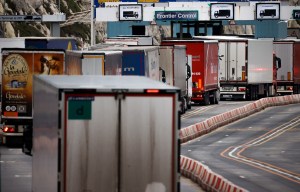 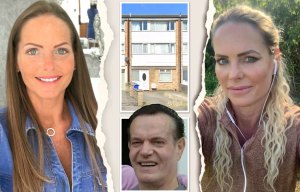 Workers also battled through the night to save thousands of doses of the Covid vaccine after flooding hit a major plant.

They fought to shore up the site in Wrexham as rising water levels threatened to breach the building.

The plant, which overlooks the River Dee, has been tasked with making 300 million doses of the Oxford AstraZeneca jab per year.

Fonseca about 1:2: Roma failed in the first 20 minutes and could not cope with the high pressure of Milan
Director of Akhmat about 1:2 with Dynamo: Logic is not always present in everything
National team coach Panikov on Golovin: For actions at speed with the ball-top. The more, the better the result
Manchester United have not lost 20 consecutive games away from home in the Premier League. Up to Arsenal's record of 7 games
Pioli on 2-1 with Roma: Milan could have scored more
Simeone repeated Aragones record for wins (308) with Atletico, having played 100 games less
Ole Gunnar Solskjaer: Manchester United don't get a penalty after a month or two ago there was a fuss about it. Coaches influence referees
Source https://www.thesun.co.uk/news/13815255/uk-weather-houses-collapse-storm-christoph/