Stitching peoples’ faces back together, embalming children and dealing with suicide… our lives as young morticians

STARING at the body of an eight-year-old child on the table in front of him, Noah thinks to himself: "She looks just like my niece."

It's just one of the many devastating moments he has had to face in his busy job as a mortician, but Noah, 35, is not alone.

More and more younger people are ditching traditional jobs to become funeral directors, embalmers and morticians in an attempt to shake up and modernise the death industry in America.

These millennials aim to offer a less sombre service - and help families feel closer to their loved ones - but the job doesn't come without its difficulties.

From seeing close friends come through the mortuary to be embalmed, to piecing suicide victims' faces back together so their family can see them one last time, these young morticians are forced to leave their emotions at the door on a daily basis.

'We had two 17-year-old suicides in one week'

Jordan Tyjeski, 22, juggles her job as a licenced funeral director in Wisconsin, US, with her hobby as a two-time world champion weight lifter.

She says: “I was a senior in high school when I realised I wanted to work [in the funeral industry].

"I thought I could dress up and work with flowers, and I always thought embalming was interesting too. I didn’t really understand what the job was then."

While the rules are different in every US state, typically in Wisconsin funeral directors have to pass an associates degree followed by an apprenticeship and internship to become licenced.

For Jordan, the apprenticeship involved a lot of time at the back of the mortuary, learning the art of embalming.

But while she's grown used to the tough job, some cases have proved particularly hard to remain detached from.

She says: “If they've shot themselves in the head, we've had to deal with that. One week here we had two 17-year-old suicides in one week. That was a terrible week.

“Seeing those young boys and then seeing one of their families. It was devastating. It’s harder when you identify with people. They’re the same age as my cousin."

“And especially when people are my age, you think, ‘That’s my age, they’re 22, that’s me’. Or if they look like your grandparents or they’re your parents’ age. Little things like that will get you.”

However, she insists: "I absolutely love my job. I love meeting with families and being there for them. I love being the first person to reassure them."

Meanwhile, there's long been myths and rumours on whether a body can move or make a noise after death.

According to Jordan, it is in fact true (to a certain extent) - and she's seen it first hand.

She says: “While I’ve never had a body move, sometimes their hand may fall if it's been held up when they died. It can make you jump, especially when it hits you.

“The scariest thing is when you’re first transferring the body to the cot. It’s called the death rattle. When you pick them up their lungs squeeze a bit of air, it makes a gurgling sound. It’s hard.

“I do everything in my power not to yell or put my hands up.

"And while this job might not be for everyone, I love being the first person to reassure families that everything’s going to be okay."

'I'll never forget my first child, she looked just like my niece'

Noah Watry, 35, is a licenced funeral director from Milwaukee, Wisconsin.

Noah pledged to bring his creativity to the job when he first started training, and he's stayed true to his word.

From hunting down bands for funeral ceremonies, to organising a taco truck for one family to honour their loved one's passion for food, he tries to ensure they all have a very modern and memorable goodbye.

A typical day for Noah can begin in the early hours of the morning, if he's the on-call director, with some nights seeing him collecting up to six bodies single-handedly.

Sadly, some deaths have impacted Noah more than others.

“I remember she was the same age and looked exactly like her. I remember calling my sister straight after. It was a car accident, she was eight years old."

While many deaths can be peaceful, others require a great deal of skill to ensure the deceased's family can see them looking like themselves before they say goodbye.

Noah says: “I’ve had bad suicides, where they’ve shot themselves and I’ve had to put their face back together. It’s almost like plastic surgery sometimes.

“There would be a lot of suturing back up. There will be re-forming of the face. We ask the families for photos of them, taken from different angles if they have them, to recreate their face.

While Noah has been in the industry for several years now, he still struggles with old stereotypes of funeral directors - and it's even previously impacted his love life.

He says: “Sometimes people look at you like you’re an old creepy person!

"I once went on a date with a girl and when she found out what I did, she was like, ‘Oh my gosh, how do you expect to find someone to marry then?’ I was like, ‘Wow I guess that’s not going to be you then!’”

'Families can get angry, you have to try not to take it personally'

Mum Evie Vargas, 29, from Chicago works for Frigid Fluid, a company that creates embalming fluids. She recently left her job as a funeral director.

She says of her time as a director: “You’re ultimately doing a really great thing for a family because you’re preparing their loved one for that final goodbye."

In some cases emotions can run high and Evie admits she's been at the receiving end of some very angry outbursts from family members before.

She says: “It’s something you have to deal with. You have to understand they’re not mad at you, they’re mad at the situation. You have to brush it off.

“When I first started I would take it personally. It took me a while to realise they’re not mad at me and I did the best that I could.”

As a younger person in the industry, Evie is now keen to embrace new trends.

She says: “I think people are more in charge of their deaths than ever. People have different ideas, like green burials. People don’t want to be embalmed and want to return back to the Earth naturally.”


'Those guttural screams of grief never leave my head'

Brian Waters, 37, is married with two kids. He works for two small family funeral homes in Indiana, having grown up with his parents in the industry.

While Brian admits he found his parents' jobs odd and often scary when he was a child, it soon became normal and began to interest him more in his teenage years.

However, being from a small area also means he's seen people he knows pass away too.

He says: "More often than not [it's people I know]. It is a lot harder when there’s a personal connection."

For Brian, some of the worst memories he has are following a sudden or unexpected death.

He says: “Sudden tragic loss is awful, when you hear those guttural screams of grief. Those sounds never leave your head. They’re always bouncing around in there. It’s hair raising, it gives you goosepimples.

“That often happens if it’s a child of any age.”

Tragically, Brian's job was made much harder in 2018 when he and his wife sadly lost a baby of their own.

He now admits the tragedy gave him a new perspective on the job.
He says: “That was difficult but it also helped me refocus and sit in the chair that my family sit in. It was a double edged sword.”

Brian runs his own podcast on the funeral industry, in an effort to lift the stigma around how much ceremonies cost to organise. He insists, unlike many may believe, most funeral homes are barely getting by.

He says: “I think people think because we dress up, we wear a suit and the cars are clean, that there’s money falling out our ears. It’s a really tight ship for most funeral homes these days.

“We can work anything from 40 to 80 hours a week. There’s many sleepless nights, your brain starts to slow down, but that’s small town family business.”


'We see so many drug-related deaths'

Ingrid currently goes to college in Sacramento, while working part-time - mainly helping out in the embalming room as well as front of house.

For Ingrid however, the hardest part of the job is seeing people her own age come through the doors - especially following a violent or gruesome death.

She says: "[We have also seen] those that have passed from gunshot wounds, or drug overdoses. With the opioid epidemic, we have seen an increase in drug related deaths."

Ingrid adds: "Since I work in the community in which I grew up, it can be shocking to see friends and acquaintances who I know come into the funeral home.

"I remember seeing the name of my kindergarten teacher on our service log, as she had died recently... 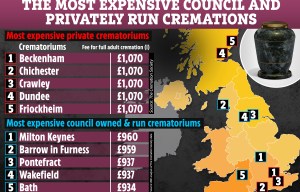 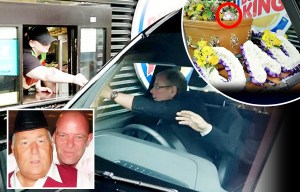 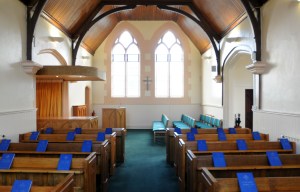 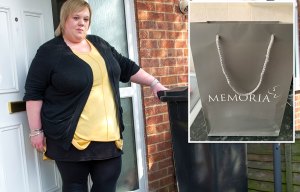 Mum, 29, found dead man's ashes on her DOORSTEP when she took the bins out 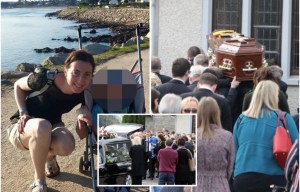 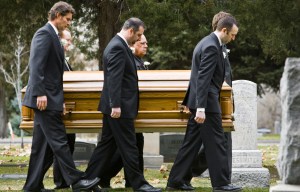 "Sometimes I haven't seen these friends or neighbours for years, and here they are."

Ingrid now hopes to push for new traditions and transparency in what she does, and one way is through 'death cafes'.

These are set up across the world for people to go and chat to others openly about death, should they be worried about opening up to their family.

She says: "With Death Cafes, I’d love to see the eventual expansion into schools (optional of course), and for more expansion into cities/small towns as well.

While their jobs prove emotionally draining at times however, all these brave morticians agree that, above all else, they're happy and proud to be helping families at their most difficult time.

Impossible to know how long Boris Johnson's recovery will take

Joking a part: the shaky tradition of stand-up comedy in movies

'Quarandreams': People are sharing their bizarre dreams and nightmares on Twitter

Coronavirus: What does lockdown mean for people who live on the road?