The Joshua Tree by U2

The first album I bought was Glass Houses by Billy Joel. Then I went to the record store with my dad and he bought Jesus Christ Superstar and I bought the soundtrack to Patton by Jerry Goldsmith. My first concert is kind of embarrassing: Hall & Oates in Minneapolis. I was a late bloomer to concerts. My wife went to AC/DC when she was, like, three. Now I’m like: “If it’s live, I’ll go, period.” But when I was young, it was like: “We’re going downtown? Ah, man.”

Post-punk pop was huge, with those crazy 80s costumes and makeup – let’s watch MTV for six hours and get lost in Dire Straits videos. I got into U2 through the guys I hung out with. Eric and Bob loved U2, so I loved U2. I loved Boy, their first album. War – their third – was amazing. I was in college when The Joshua Tree came out. My friend stood in line to get the CD. We went to his dorm room, shut off the lights and we just lay there listening to the whole album. I remember going: “I think this might be one of the Top 10 best albums ever.” I was right. That album is incredible.

I was mesmerised by The Deer Hunter. I remember watching it with my mom and her thinking it was boring. I was arguing with her, like: “How do you think this is boring? This is amazing.” It was so raw and so real. I was fascinated with it. I later learned – when I was hanging out in New York with other young actors, like Sam Rockwell and Ethan Hawke – that it was a movie we all loved.

At that point, I was playing the lead in all these musicals, like Bye Bye Birdie. But watching Robert De Niro, Christopher Walken and Meryl Streep in The Deer Hunter was like watching acting on a different level. I didn’t even understand that part of acting until then. It must have been like when James Dean came on to the scene and totally changed everything by being inaudible and fascinating and everybody was like: “Whoa! Wait a second. This guy … what’s going on?”

When I was 19, I worked in this machine shop – this tool-and-die place where I made parts for cassette players and grenades. I’d sit at a machine that could take off a finger at any moment, put the piece in, measure it, throw it in a bucket and I’d have to do like 20,000 of them. It sucked.

My friend dropped off a VHS of the stage performance of True West – the brilliant Sam Shepard play with Gary Sinise and John Malkovich – that I think he’d recorded off PBS. I watched it twice in one night and had to get up at 6am and go to work. I was fascinated with how Malkovich could straddle the line of believable. He was so over the top, but he was always believable. I thought that was really interesting. I understood it, but I didn’t really know why. You can’t always put why something means something into words. 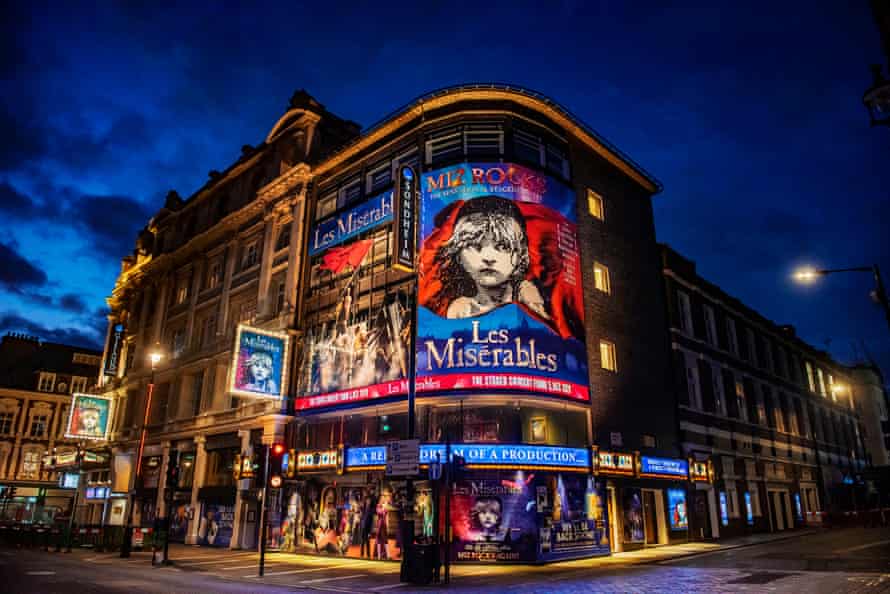 I was a quiet, shy guy for a long time, because I moved to a new junior high school in a new town, New Hope in Minnesota, where I didn’t know anybody. Then one of my teachers, Ertwin Jones-Hermerding, invited me into this improv group. We met for three hours a day and wrote and performed four sketch shows a year. I was really good at it and that’s when I started making friends and hanging out.

At college, we went to London to see Les Misérables. It was the first really big theatre I’d ever seen. I was so moved and excited. I decided there and then to drop out and pursue acting.

I remember standing in the bathroom at intermission, listening to everybody talk. I didn’t want to be in the bathroom; I wanted to be backstage. I was watching the show going: “I’m as good as that guy holding the flag. I mean, he’s not the lead, but I’m just as good …” I didn’t want to be the star. I just wanted to be in the fucking show, man. To this day, my favourite thing about being an actor is hanging out with actors. I love being on set, shooting the shit, bitching about the food … I just love being a part of the circus.

The Things They Carried by Tim O’Brien

I remember reading this when I was much younger. It’s a collection of linked short stories about a platoon of American soldiers fighting on the ground in the Vietnam war. It’s a really amazing book. I remember thinking: “How do you write something like that?” I was fascinated with the idea of conflict, combat and the crystal-clear idea of being in a situation where there is nothing else going on other than staying alive, or keeping the person next to you alive. That fascinated me.

I’ve been a huge history buff since I was a kid. All I read now is military history. I’m fascinated by it. I’m reading a book on the archaeological surveys of the Little Bighorn battlefield. It’s the most boring book in the world, but I love shit like that. I don’t read fiction any more. My wife [Robyn Peterman] is a New York Times bestseller. She writes fiction. I don’t read any of that, maybe because I read so many scripts, so that’s kind of my fiction.

We live on a small farm in central Kentucky. I’m surrounded by thoroughbred horses and I spend my spring planting flowers and growing vegetables. I’ve always been really outdoorsy. I grew up hunting and fishing and I’ve been a big fly fisherman since I was a kid. I’m very serious about it. It’s about catching fish, man. It’s about succeeding. Fly fishing is that much harder. Anybody can throw a bobber out with some bait on it. But fly fishing is a different deal. If you catch one fish – fly fishing – you win. It’s not about catching loads of fish.

I’ll even choose a job just because it’s by some good water. For my latest movie, Cowboys, I went: “Montana? I’m in.” I brought more fishing gear than clothes. My wife was like: “What the fuck?” I even packed options. I thought: “I’ll bring a 5-weight. But maybe I should pack something bigger?” I had my waders and my boots and, whenever I wasn’t shooting, I was fishing, period.

Cowboys is available on digital platforms from 7 May.