STEPS are used to having drunk fans cheering for them at gigs – but not at video shoots.

The Nineties pop favourites were forced to call the cops after five people who were worse for wear threatened to shut down their filming in Blackpool by trying to get close to their heroes.

I have learned Lisa Scott-Lee, Claire Richards, Lee Latchford-Evans, Ian “H” Watkins And Faye Tozer were shooting outside the seaside town’s tower when three men and two girls headed straight for them.

It was a nightmare considering the current coronavirus health concerns.

A source close to the group said: “To say things in Blackpool didn’t go to plan would be an understatement.

"They obviously have to be extremely careful at the mo-ment due to Covid-19 so having people get too close is just not something they can risk.

“These drunk fans kept trying to get near them and get in the shots for the video.

"The team tried to keep them away but eventually the police turned up and managed to get them to leave so the band could finish.”

And that wasn’t the only issue on the disastrous weekend shoot. Earlier they lost band member Faye after she got locked inside an amusement arcade.

They had been filming the video in one and the crew locked up when it was all over — not realising Faye and Steps’ manager were still inside.

The band were in the northern town to perform at the Royal Variety Performance but took the opportunity to shoot a lyric video for new single To The Beat Of My Heart while they were there.

The tune is the latest to be taken from their sixth album, What The Future Holds, which is in a closely fought battle for tomorrow’s No1 with Gary Barlow’s Music Played By Humans.

It sounds like a right headache, but here’s hoping their efforts will be worthwhile when the charts are announced tomorrow.

HOLLYWOOD actress Rebel Wilson has shed an incredible four and a half stone in 2020 with a massive makeover.

But she insists she will always be curvy and is proud of it.

The Pitch Perfect star said: “I used to sit just above 100 kilos and I wanted to get under 75 kilos and it’s really cool to have reached that now. But you can’t define yourself by a number.

“The weight is not the be all and end all. I needed some tangible evidence to follow progress. But now that I’ve hit the goal I’ll probably only weigh myself once a month.

“It isn’t about a number on a scale. What I was doing was to improve my overall health and to improve my whole lifestyle to make me a happier, healthier person.

"I like being curvy, and whatever weight I end up being, I still want to be curvy.

“I feel like I’m confident at any size because your size isn’t the one thing that defines you.

“It’s your whole personality, it’s all your skills and abilities, so I’m a very confident person in that respect.”

The A lister is dating handsome entrepreneur Jacob Busch but says it wasn’t slimming down which won him over – as they started going out before the start of her “year of health.”

Speaking on Instagram Live, she added: “We dated before I started any of this health journey so it goes to show you, ladies, you don’t have to be a certain size to get a boyfriend.”

Cardi B and Megan Thee Stallion’s Wap was one of the most explicit tracks of the year.

Now Apple Music has revealed it tops the list of most-read lyrics as listeners tried to figure out what they were rapping about.

IT’S the moment we’ve all been dreading – Gemma Collins is releasing a single.

The larger-than-life reality star is aiming for the Christmas No1 with actor Darren Day, who she met on Celebrity Big Brother five years ago.

The GC said: “I have been singing my heart out, so apologies to anyone that saw me riding a bike around London singing or walking around the supermarket singing.

“Me and Darren have been working so hard to bring to you this amazing track that we are doing for mental health this year.

“We are hoping it goes to No1. There are miracles at Christmas, so you never, ever know.”

At least she is being realistic about her chances.

Gemma was due to release a festive song with pal Naughty Boy last year but that was eventually scrapped.

Hopefully this one gets released, I could do with a laugh.

BRITNEY SPEARS couldn’t have looked much happier as she turned 39 yesterday.

The Baby One More Time singer posted a series of snaps on Instagram, including this one of her model boyfriend Sam Asghari giving her a peck on the cheek.

Her fans were celebrating her birthday too as it coincided with the first new song from the US superstar in four years.

The track was originally recorded for her 2016 album Glory but didn’t make the cut and had never reached fans, until now.

The song will feature on a new limited edition vinyl version of the album which will be released tomorrow.

Given she has been on a hiatus from music for the past two years, it’s nice to hear her voice again.

HARRY STYLES looks effortlessly cool on the set of his new movie Don’t Worry Darling as he shoots with co-star Florence Pugh in Palm Springs.

The singer-turned-actor makes me want to slip into a sharp suit and hit the town after seeing the pictures of him wearing a suave brown number and another in vintage blue.

But almost immediately the former One Direction star took to social media to post a snap of himself in a frilly feminine ensemble and eating a banana, with the caption “bring back manly men”.

It was a swipe at US writer Candace Owens, who criticised his Vogue shoot in which he wore a dress.

Now, I know it’s a thorny issue, and I have absolutely no problem with anybody wearing whatever they want, but on this showing surely Harry looks his best in crisp tailoring.

The classic suits and dapper hairstyle are the business, whereas the pastel blue two-piece and and ruffled blouse just make him look like he’s lost a stag party bet.

Wear your nan’s cast-offs if you must, Harry, but don’t give up on the menswear just yet . . .

TAYLOR SWIFT has premiered a snippet of the newly recorded version of her 2008 break-through hit Love Story.

It features in an advert for dating site Match.com. Angry Tay is re-recording her back catalogue after the rights were bought by US music mogul Scooter Braun.

The ad shows a scooter lying next to a burning rubbish skip. 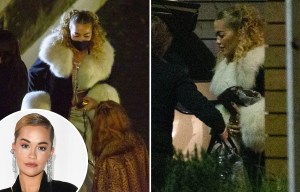 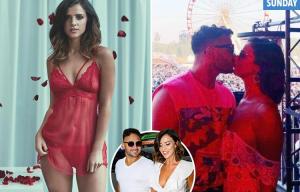 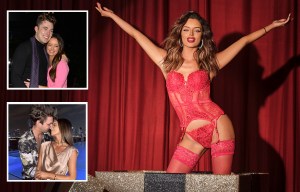 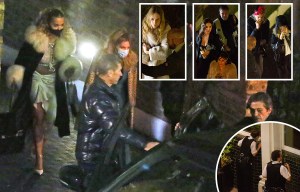 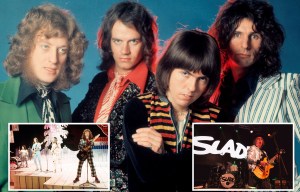 How Slade split left Noddy worth £20m... but 2 other members playing at Butlin's 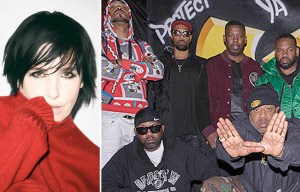 Anne-Marie in the pink

ANNE-MARIE looks every bit the pop star even when lying around at home on her bed.

She wore a pink mini-dress for this home-made photoshoot on her phone as she opened up about learning to love herself.

Alongside the images on Instagram, the singer, whose 2018 album was called Speak Your Mind, wrote: “Every day I let go of ‘worry’ a little more.

“And it feels so good. Worrying less about what others might think of me.

“If you worry what others might be thinking of you, you will never be your true self coz you will be changing little bits about you to fit in and adjust to mould their opinion of you.

“I’m falling in love with ME (properly) for the first time. Posting pictures I like, wearing clothes that I like . . .

“That’s not to say I didn’t like what I was doing before, but it was all influenced by worrying about what others might think.”

Real Madrid DIRECTOR Butragueno: Everyone knows what Zidane means to us. Rumors appear when there are no wins
Hertha sacked head coach and managing director after 1-4 away to Werder
Karim Benzema: Real Madrid need a better version of Hazard. He was great at Chelsea and should write history in Madrid
Inter to swap Eriksen to Dzeko. The club wants to sell the midfielder to a club not from Italy, but is afraid of not finding buyers
Ex-agent Modibo Barcelona believed in him, and Jean-Clair thought he was already a phenomenon. Very sorry
Crazy days of the young West Ham striker: played in two matches and scored in his debut game for the team
Solskjaer approved Lingard's departure on loan, although he wanted to keep him. Now the decision is up to the management of Manchester United
Source https://www.thesun.co.uk/news/13364782/steps-drunk-fans-video-shoot/