MAD to think, isn’t it, someone at Channel 4 said out loud: “What this network needs is Steph McGovern noisily losing the plot, in her own living room.”

Then instead of wrapping a spade round the offending executive’s head and saying: “Try that for gardening leave,” everyone agreed.

“It’s a great idea, but the world simply cannot wait. Get it on now.”

So there it sits, Monday to Friday at 12pm. The Steph Show, hosted by the former BBC Breakfast presenter, from her Yorkshire home, with nothing for company but a mission statement: “It’s a power hour of positivity.”

An easy thing to claim, an impossible thing to deliver without ideas, creativity, content or anything other than secondhand clips and the same old guests (Tom Allen, Anton du Beke, the Redknapps) you’ve seen clogging up every other show recently.

The Steph Show has one thing and one thing only in its favour, though. Honesty.

She promised viewers it “might be a bit rough around the edges”, and has been utterly faithful to her word, starting last Monday, when Steph went hurtling round her house to show off the remote cameras and then spent the next ten minutes gasping for air.

Over the following 50 minutes, Skype links malfunctioned, mobile phones went off and an attempt to kick off a feature about weird dreams, with Keith Lemon, was shut down as quickly as it started.

“What did you ask Michael Hutchence in your dream?”

Had you thought day two was going to improve things, you probably banished those thoughts when Steph began with her own epitaph: “If you tuned in yesterday, you’ll know this is the show that isn’t meant to be on yet.”

Or any other day for that matter, although Tuesday’s episode was a technical cracker and climaxed when someone rang Steph’s doorbell, mid-episode. We never did find out who, but I’m willing to bet good money it wasn’t Bafta.

And so this hypnotic mess continued throughout the week.

Thursday, however, was the day the edifice really crumbled, as Steph attempted to lead a mass, safe-distance dancing demonstration, from a car-park in Bristol.

Until it transpired the choreographer was at such a safe distance from her CD player it’d be another minute or so before it could start.

Honestly, you’ve never heard a silence so awkward or so deafening and it was hard not to have a measure of sympathy for Steph and her production team, who’ve clearly been thrown under a bus by Channel 4.

I say a measure of sympathy, because professional northerner Steph is hardly the underdog she’d have you believe.

Her close friend, Sinead Rocks, is MD for the regions at Channel 4’s Leeds HQ and, while there’s no suggestion she had anything to do with her recruitment, there’s always an assumption Steph McGovern is “a good thing”.

'NOT A GOOD PRESENTER'

Having never concentrated on her work before I’m going to assume this is for box-ticking, rather than professional, reasons, because, based on her performance here, she’s not a good presenter.

For a start, she chunters for Britain, has a knack for saying exactly the wrong thing (“I can’t believe we’ve had five days of this show”) and crunches the gears during an interview like Jack Grealish heading back to lockdown.

(To Bill Bailey): “Provided the last laugh in Germany, did you? What are your tips for attracting wildlife?” Eh? There’s more than a hint of The Fast Show about her as well.

Absolutely everything is “brilliant”, especially when it’s not. It’s her habit of thinking out loud that could be the death of The Steph Show, though.

“Hey! Let’s have our own talent show. Maybe your nan can yodel, your dog can dance.”

Or your sister can present daytime TV without mentioning her baby. Every. Five. Minutes. I sense a vacancy in the offing.

HARRY Redknapp’s Sandbanks Summer, ­episode two. Following the drama of last week’s dog turd collection, in the back garden, ITV picks up the action in the Redknapp kitchen.

Sandra: “What are you going to do today?”

More from Harry and Sandra next week.

BASKET-case football club Sunderland and its army of long-suffering fans are trapped in an abusive relationship with Netflix.

Every couple of years the streaming service gets to broadcast the most heartbreaking and brilliant documentary series anywhere on television, Sunderland ’Til I Die.

You get the impression, of course, the supporters love the attention that comes with losing which, in turn, tends to attract false prophets and publicity-crazed “saviours” to the club. Series two begins with a new owner, Stewart Donald, arriving at The Stadium Of Light along with public schoolboy executive director Charlie Methven, very much the David Brent of the piece, who understands only two things, attendance figures and metaphors and should’ve been ridden out of town the moment he turned up wearing pink corduroy trousers.

Improbably, Sunderland also seem to have found a brilliant striker, Josh Maja, who you absolutely know is on the first stage out of Dodge the moment he arrives to turn on Sunderland’s Christmas lights and promises: “I’ll be here next year.”

From that point on, disaster’s guaranteed but has to be spelt out to Charlie and Stewart by Graham at the Roker Rapport podcast: “If Will Grigg was the manager’s signing, how come he can’t find a way to play him?”

BEFORE Friday night, I was convinced a mixture of resolution and good humour would see us through this crisis.
I’m really not so sure, though, after watching Have I Got News For You, where they’ve been forced to get rid of the right-on, London studio audience.

No bad thing, but they also need to ditch the host, two guests (Miles Jupp and Helen Lewis) and Paul Merton and Ian Hislop, who all appeared, via Skype and remote cameras, in front of their own chosen back-grounds, on Friday.

An open invitation to reveal the inner tosspot, they weren’t ever going to refuse. Hislop had a vast library behind him, as befits the intellectual colossus he imagines himself to be, while feminist author Helen Lewis was carefully positioned in front of her new book, exploiting a global pandemic for commercial gain in a manner that seems to be perfectly acceptable to the BBC, so long as you’re left-wing.

If your stomach wasn’t already turned enough, the following half hour probably did the job as the four panellists and host Steph McGovern cackled demonically at the brilliance of their own route-one puns.

Nothing, you think, could ever look more sinister, witless and terminally self-satisfied, during this whole crisis, than Friday’s Have I Got News For You.
Then, at 10pm, on BBC2, The Mash Report reappears and you’re forced to think again.

Piers Morgan: “Joe (Wicks), I’ve reached the point where I may need to join in with your workouts.” (In about February 1987).

And Piers Morgan: “Let’s move on from talking about ourselves.”

Yeah, that’s enough about me, let’s talk about you. What do you think about me? 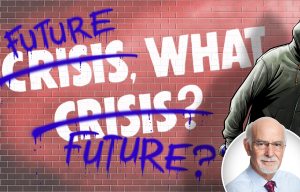 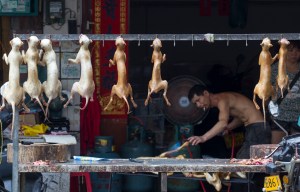 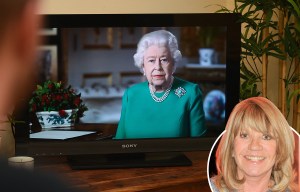 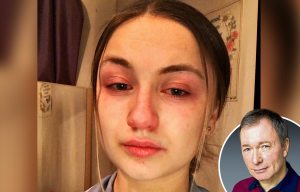 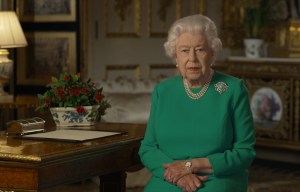 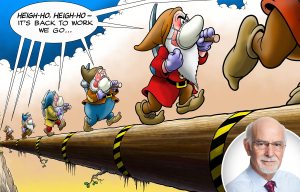 BBC presenter Steph McGovern slams Boris Johnson after his appearance in Rotherham and says 'I am a girly swot, and I'm proud of it!'

Ozil and adidas are parting ways-perhaps because of politics and a bad image. Mesut will be to develop its own brand
Alexey Sorokin on Russia's desire to host the Champions League playoffs: We would have done everything in the best possible way, but I don't know anything
Yuran can leave Khimki, Kalinichenko and Filimonov-enter the coaching staff, Zinin-become a sports Director
Manchester United denied that Lingard had discussed a move to Milan with Smalling and young
Bayern will not sell Alaba this summer, Tiago can leave for 60-80 million euros
Sky Sports will pay the Premier League clubs all the money for broadcasts in this and next seasons. The deduction of 170 million pounds was moved to the season-21/22
Havertz does not want to move to Bayern this summer. He chooses between Real Madrid, Liverpool, Manchester City, Manchester United and Chelsea
Source https://www.thesun.co.uk/news/11342452/channel-4-the-steph-show/

Farmer charged after livestock ‘run loose’ on A9 road

'Reckless doesn't begin to describe it': MPs furious as Alok Sharma tested for coronavirus after return to Parliament