The field in Bromborough where the travellers have moved to. Photo: Richard Garnett

A travelling community that took over a train station car park in Spital has moved on, but only around the corner to a field in Bromborough.

The Globe understands that the large group of travellers, who had been at Spital railway station since last Wednesday, left the car park on Sunday evening. 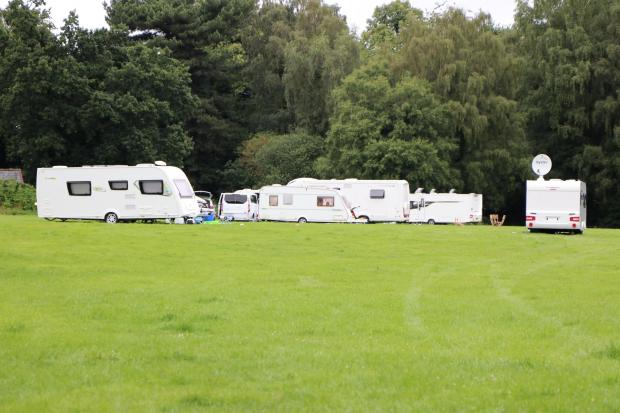 The field next to Woodslee Primary School in Bromborough. Photo: Richard Garnett

They have now moved less than a mile up the road to a field on the corner of Croft Avenue and Bromborough Road, next to Woodslee Primary School.

A spokesperson for Wirral Council spoke to the Globe at the site in Bromborough.

She said: "I can confirm that the travellers are situated on council land. We have spoken to them and they were reasonable to talk to.

"They say that they will be leaving the site this evening, but in any case we will be starting the process for possession procedures."

Large amounts of rubbish have been left by the travellers at Spital station. Photo: Richard Garnett

Spital car park is now back in use by rail passengers and vehicles have returned.

However, the bottom half of the car park has been taped off with large amounts of rubbish left there by the travellers.

Karim Benzema: Ronaldo's Game made me love football
Sanchez will break his contract with Manchester United and leave for Inter for free. It will receive 7 million euros a year
Lautaro Martinez: we will Continue to do everything possible for Inter
Albert Ferrer: Barca need to become independent of Messi. Others should play more
Conte on rumors about Juve: I will sue whoever wrote this, as well as the editor-in-chief of this newspaper
Aubameyang on the failure of the FA Cup: That's how we do it
Manchester City remain Interested in Coulibaly and Pau Torres, despite ake's transfer from Bournemouth
Source https://www.wirralglobe.co.uk/news/18578845.station-car-park-vacated-travellers-move-nearby-field/?ref=rss